We are now at the halfway point of this season.  Everybody Lies had to end on a cliffhanger because it is the most boring senseless episode to date.  For the first time while watching Emerald City, I found myself looking at the time, waiting for it to come to an end.

In this episode we see a convergence on Emerald City. Dorothy is handed over to West by Ojo in exchange for the release of his wife from the Prison of the Abject.  Tip is now working as a servant for West in the hopes of learning magic. Jack travels to Emerald City in the company of King Ev and Lady Ev to see the Wizard about making an alliance. When the King asks why Jack is along for the ride,  Lady Ev refers to Jack as her slave because she believes that Jack owes her debt for his metal. Lucas and Sylvie are brought to Emerald City by Eammon, for the express purpose of clearing Lucas's name.  All of the pieces are lining up in Emerald City, and as we have repeatedly been told, the Beast Forever is also on the way. It's amazing that for all of the moving parts in this episode that it still managed to be boring.

West begins by trying to find out how Dorothy managed to kill her sister.  When West discovers the gun in Dorothy's bag she attempts to shoot Dorothy in the head, unaware that she dropped the clip because of  her unfamiliarity with guns. Dorothy escapes being shot to death only to be pistol whipped for her trouble.  Tip, whose sole job it seems is to bring West Tea which is probably some kind of drug, recognises Dorothy right away but remains silent.  A frustrated West reaches out to Glinda to inform her that she's found their sister's killer. Glinda advises West to wait for her but it's clear that West is determined to do her own thing.

The Wizard presides over a lavish welcoming ceremony for King Ev and Lady Ev.  The Wizard suggests that together they can defeat the Beast Forever.  Lady Ev is quick to note that not only does the Wizard have a lot of advisers, his advisers don't seem to be able to agree. When the Wizard finally gets a moment alone with King, the Wizard offers him anything he wants for his cooperation to fight the Beast Forever.  The King brings up his dog who died a few years ago and asks the Wizard to return the dog to him. It becomes clear to the Wizard that the King is not firing on all cylinders. The Wizard then turns his attention to Lady Ev, offering anything she wants for her cooperation.  This is when Lady Ev drops the bomb. It seems that when the Beast Forever came, the Wizard only managed to save Emerald City, leaving Lady Ev's kingdom to fend for themselves. Lady Ev's kingdom is more technologically advanced than Emerald City because they were forced to rebuild after the attack. Lady Ev doesn't want an alliance because she will only be happy when Emerald City is burned to the ground.

As aforementioned, Eammon brought Lucas and Sylvie to Emerald City to clear Lucas's name. Before Eammon can really get into with Lucas, he passes out from the bullet.  Lucas calls for help as Eammon gets treatment.

West is back to questioning Dorothy and this time she uses magic to do so. It's all rather dramatic but all West actually learns from the exchange is that Dorothy wasn't close to her mother growing up. For West, this is proof that there's something broken about Dorothy.

Having dropped the hammer on the Wizard, Lady Ev turns her attention to Jack.  After being ridiculed and treated like property Jack is not particularly in the mood to have anything to do with Lady Ev. Jack is particularly perplexed when Lady Ev explains that she sees Jack as a friend and has always wanted a friend. A frustrated Jack has to explain to Lady Ev how friends are made and how friends treat each other.  This scene really does speak to the relative social isolation of Lady Ev because she doesn't seem to understand basic social skills. In order to rectify her appalling treatment of Jack, Lady Ev suggests that they go to the festival together.

Lucas is taking a nap when Sylvie wakes him by kicking him. It seems that Sylvie has figured out that Dorothy is in the city.  Jack and Sylvie grab their shit and the two of them take off to find Dorothy. When Jack is almost recognised by a soldier, Jack grabs a mask to hide his face.

Tip is sent to check on Dorothy who immediately pleads for help.  It becomes clear to Tip that Dorothy does not recognise hir.  When Tip explains who ze is, Dorothy suggests that since she helped Tip, it's Tip's turn to help her. Tip however is still reeling from having her gender changed and angrily yells that Dorothy helping her escape was one of the worst things that ever happened to her. It's clear that Tip blames Dorothy for hir present predicament. Dorothy continues to beg but Tip is having none of it and slams the door and walks away.

Jack and Lady Ev make their way through the festival until they are accosted by a group of men. When one of the men reaches for Lady Ev's mask, Jack pushes his hand away.  Jack at first is pretty ineffectual in defending Lady Ev, prompting her to attempt to order the ruffians away.  Jack's new metal body however comes in handy and after gathering his stride, Jack is able to defeat the group. Lady Ev rewards Jack with a kiss, prompting him to point out that friends don't do that.  Lady Ev responds that perhaps they shouldn't be just friends.

West has decided on a new approach for Dorothy. West pretends to have Tip throw her in the same cell as Dorothy and this time she's disguised as Dorothy's mother.  West pretends to be desperate and begs Dorothy to remember what East wanted West to know so that West will send them home. Dorothy starts to think and West sees in Dorothy's memories that East brought up Glinda.  West assumes her own form and slaps Dorothy.  Having witnessed this is enough for Tip to decide that it's time to help Dorothy escape because she doesn't want anymore blood on her hands. Tip returns later alone but before Dorothy can escape, West's loyal servant whom Tip had replaced shows up and decides that if she kills Dorothy, West will reward her.

Lucas and Sylvie make their way through the city and find themselves surrounded by soldiers.  Lucas pushes Sylvie away and tells her to run while he fights off the soldiers. Lucas holds his own really well and when he is down to one soldier, Lucas finally asks why they are all looking for him.  The soldier explains that Lucas was driving a wagon and when they tried to look inside it, he killed ten of them.  That's enough for Lucas to decide that he needs to deal with the consequences of his actions. Lucas makes Sylvie promise that she won't use any magic and then he puts down his sword and surrenders.

Eammon is getting treatment for his injuries and the Wizard asks how one girl could have taken out his best warrior. The healer hands the Wizard the bullet he pulled out of Eammon.  The Wizard then takes the bullet to Anna and explains that he has found a weapon which will kill the Beast Forever.

West heads back to confront Dorothy one more time only to discover that Dorothy is gone. Her loyal servant is trapped in the sewer gate and accuses Tip of collusion. Tip of course claims innocence and surprisingly, West believes hor and uses magic to shove her servant into the sewer. With Dorothy gone, West access more memories and learns that East had a meeting with Glinda. When Glinda arrives, she claims that she hadn't seen East in years.  It looks like it's about to go down between the sisters. 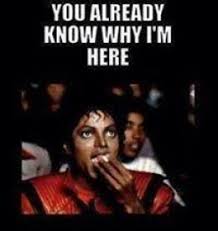 Dorothy has made her escape through the sewer system and moments later the servant who tried to stop her is flushed out after rightfully accusing Tip of collusion and being ignored by West. Dorothy makes her way through the streets as lamps float in the air and in the background Pink Floyd plays.

Lucas finds himself right back where he started off in the company of Eammon. Luckily for Sylvie she's no longer alone when she manages to find Toto.

With her gun drawn, Dorothy enters the Wizard's private area.  She pauses long enough to turn off the walkman (yeah the Wizard is into old technology) and walk forward slowly. When Dorothy finally meets the Wizard and asks about her mother, the Wizard calls her by name and welcomes her home. How the hell does the Wizard know Dorothy and is he her father?

Okay, let's break down this boring episode.  Let's start with Jack because he's the one who pissed me off the most. He sat there in the carriage and listened as Lady Ev described him as a slave to her father. She claimed that he owed her a debt for his metal body and what did he do, happily go for a walk with her, defend her and then kiss her.  I know that Jack hasn't been a slave for long but come the hell on. This isn't an endearing relationship and yet the kiss was framed as something sweet and innocent. Jack has Stockholm Syndrom and there's nothing cute about it. 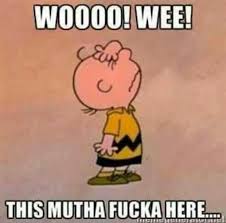 Let's talk Lady Ev for a moment. She's powerful enough to tell the Wizard where to go in short order and effectively rules her land but couldn't find a set of guards to escort her down the street?  All the power she displayed telling off the Wizard was completely undermined so that Jack could have his White knight moment defending her.

Alright, so Lucas decides to take to the streets to find Dorothy. I'm with him up to the point where he decides to abandon Sylvie in Emerald City and admonish her not to use magic. He abandoned a child in the middle of the street, in a city that is hostile to magic users, where she knows NO ONE. NO ONE.

Dorothy was saved once again; this time by Tip and what does she do? She pulls out the gun that got her into trouble in the first damn place.  At this point I believe that Dorothy has the sense of a concussed penguin. Are we ever going to have an episode where someone isn't actively saving her?

Finally, Tip, West and of course Glinda.  You know damn well that Tip is going to play these two off against each other again.  I was pissed at West basically telling Tip to get over hir gender issues like it's no big deal.  I do however like that Emerald City has not stopped talking about Tip's discomfort with hir body and hope that this continues.  As for Glinda, there's more going than meets the eye. I hope that West and Glinda get their shit together soon though and steal power from the Wizard. Two powerful women being ruled by a man doesn't sit well with me even if the character is being played by the always awesome Vincent D'Onofrio.