See, Damon is all catatonic are Caroline’s mansion (everyone lives in mansions now) when Bonnie drops by (she was going to talk about Enzo and humanity cures but her issues have been shelved again). They delve into his head and find Damon is suffering endless fiery torment. She and Caroline discuss this with Sybil locked in the basement who explains that during their last show down she dipped into Damon’s head and flipped his humanity switch on. The overwhelming guilt became too much for Damon to handle and he went catatonic and suffering imaginary hellfire because he thinks he deserves it.

And everyone went home because Damon’s right he does deserve it and Sybil can rot in the basement as well.

Hah, no. They agree to let Sybil out AND get her the siren-killy bell if she will save Damon and remove their only weapon against the siren’s in the process. They agree to this.

They call Matt for him to hand over the bell. His reaction mirrors mine 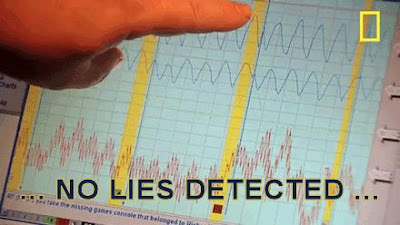 Matt is not on side. Instead he meets with Selene, his dad forges the bell and they plan to have Matt ring it 12 times which will kill the sirens and doom Damon to lots of headspace suffering.

Stefan joins Bonnie and Caroline because he wants his brother back. He’s behind his Cade murder quota and needs Damon to join him in the massacring, so he needs Damon operational again.

Which means Bonnie, Caroline and Stefan need to go root around in Damon’s head and convince him he doesn’t need to feel guilty. They need to forgive him.

So Caroline goes in there, they catch up with Vicky Donovan (hey, remember her? Matt’s sister? Damon murdered her, no-one cared about this for several seasons) which Caroline sees her mother – who promptly relaises Caroline is a vampire and begins torturing her in a direct call back to one of the worst moments in Vampire Diaries history. During which Caroline talks about how she totally forgave Damon for all the evil shit he did because he was nice to her mother and her when Liz died of cancer.

Bonnie’s turn. She gets to go and speak to her Grams and tell her how very much in love she is with a vampire. They do a finding spell, find Damon crypt where he is dead. See, Damon views himself as having lived and died as a human – that’s “him” and a way of disassociating from all the vampire badness he’s done. She explains all this to hallucination Tyler who is there so she can announce how totally redeemable Damon is and how he just has to believe it and let all his guilt go and ackackackackack

Selene and the Donovans have their bell and are all ready to go ahead when Stefan shows up to explain why he’s not ok with their plan. But it’s ok, Selene points out there’s fine print with the bell. It disrupts Cade’s hellfire dimension and when rung 12 times not only kills sirens but everthing else for miles around. Yes, ring the bell and Mystic Falls and everyone in it will be incinerated

Oh, wait, this is a bad thing? Damn. Stefan accepts this deal since that’s a lot of souls for Cade and while Selene gets the hell out of dodge, Stefan compels Matt to ring the bell, therefore making the deaths his fault so Matt can go to Cade as well. Matt points out being compelled to do something means he’s totally not responsible (what was that? Actual sensible moral judgement from the Vampire Diaries?! I’m shocked! Also, stop making me agree with Matt damn it!) So Stefan changes it to Matt having to forgive Damon for killing Vicky OR ring the bell

Which makes a difference? I mean, Matt is suddenly guilty because he couldn’t magically produce forgiveness? Oh Vampire Diaries your moral lessons are, as always, utterly awful.

Matt tries to convince his dad to kill him because he’s all emo like that. I mean they have time, Matt could just lay down and let his dad tie him up? His dad could use the welding torture to destroy the bell? Matt could even get out now and drive as far as he could so that when the deadline hits he can’t get to the bell in time. They have options here.

Damn it, I’m arguing against Matt’s death?! Vampire Diaries, look what you do to me!

Anyway, Stefan returns to Damon’s head to try and… I’m not sure because he was happy to kill him a little while ago. Anyway, he confronts Damon who is human in his dreamspace. Because the rampaging vampire in Damon’s head is actually Stefan, not Damon. Because Stefan is totally responsible for everything Damon does because he was the one who turned Damon! All Stefan’s fault

Damon tries to forgive Stefan who is totally not having that at all. He rants and raves about not apologising – and how he totally doesn’t apologise for destroying Mystic Falls either. He leaves Damon’s head to be smug – only to have Damon snap out of his catatonia to rip out Stefan’s heart because HOW DARE HE THREATEN THEIR PRECIOUS TOWN

I’m just going to quietly weep in a corner

Damon buzzes into action, knocking Matt out (he knows exactly where Matt is because… shush the script says so) on the 11th ring and preventing his dad from having to kill him by breaking his neck. Unless his dad was a marine or something I call bullshit, snapping necks with one’s bare hands is damn hard to do. Especially since Matt has some muscle on him

The day is saved, Damon is now out and about which means he can have a really beautiful moment with Bonnie about how he’s not going to run out on her again and what good friends they are

It is beautiful but I also remember the excellent snark from Sybil about how everyone shelves Bonnie’s issues – so how much is this friendship worth? Especially since he refers back to his letter to Bonnie when he checked out after Elena left which basically put her in the role of Jiminey Cricket for him

He also has a conversation with Matt in which Matt grudgingly agrees to start building a bridge and considering redemption after Damon not-entirely-selfishly stopped him ringing the bell. At least he doesn’t actually forgive Damon for the death of Vicky – but he acknowledges forgiveness may one day be possible if Damon works at it. See this? An actual acknowledgement of effort but equal acknowledgement that there’s a hell of a long way to go? This is what the BEGINNING of a redemption train should look lik 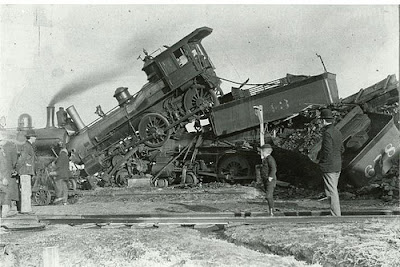 While Caroline now has Stefan locked in the basement to discuss bringing his humanity back. Basically she’s going for it no matter what – she’s accepted that Damon means more to Stefan than she does; hence the whole delving in his head. Whatever, she loves him and is going to make this work. And until then he’s going to be chained up

Everyone else is making their peace but Selene and Sybil hate each other too much, keep expecting the other to apologise


Until Cade arrives and burns them both together – he’s done with them because 11 rings of the bell apparently opens the door to hell and let him out to play.