All Aboard the Redemption Train! 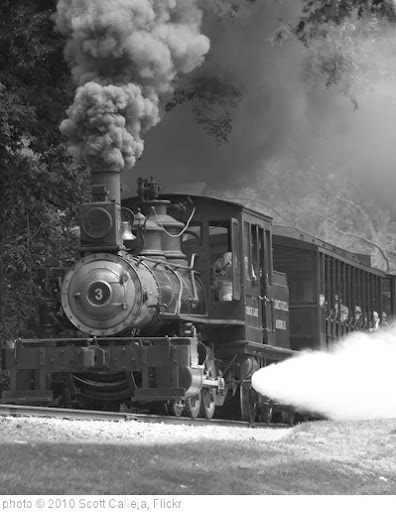 One of the more common elements of Urban Fantasy series (and fiction in general) - especially long running series is the redeemed villain. After all, what can be a more dramatic plot twist than to see two people who were once sworn enemies now standing side by side against a greater foe? And there’s definitely a lot of drama potential in a villainous character coming to see the error of their ways and becoming a complex, nuanced character who grows into their new role among the main cast who in turn grow as they slowly learn to accept the once hated enemy as a potential ally - and even friend

Redemption storylines work when redemption is recognised as a process - it takes several steps to redeem a character, steps we need to see. We need to see the villain recognise their villainous actions, we need to see an attempt to atone, we need to see some respect given to the awfulness of the terrible things they’ve done and a long process to earning back trust that should not be easily achieved.

Of course, not every ally needs to be redeemed - there’s a big difference between an alliance of convenience in awful situations and redeeming someone is not necessary - for example, in Revolution Rachel and Miles are forced to work with Monroe - Monroe doesn’t have to be redeemed because no-one is looking on him as a good person; but as a bad person they have to deal with at the moment. Contrast that with Miles himself, the war criminal whose terrible past exists only for him to show his guilt and we have a very different situation.

Which typifies how redemption is done wrong - the Redemption Train. The fantasy genre is littered with evil doers who have been put soundly on the Redemption train with nary a nod to their wrongdoings. The most obvious recent example is that of Damon Salvatore in The Vampire Diaries. In season 5, episode 11 (500 years of solitude) a large majority of the cast sat around drinking in celebration of Katherine’s demise. What’s wrong with that you ask? Let’s start off by stating that Damon is no better than Katherine. He is a rapist, has a history of killing for sport and has even attempted to murder the brother of the woman he claims to love. They have taken his redemption so far that they twisted the story to blame Vicki’s death on Katherine, rather than Damon because Damon came to Mystic Falls to find Katherine.

Other examples of the redemption train include but are not limited to, Damon’s brother Stefan whose nickname is the ripper for his violent habit of decapitating his murder victims. No need to worry though, Stefan is now completely musty, angst ridden and sorry so the fact that he is a serial killer is totally not relevant.

When it comes to werewolves, Teen Wolf hopped on the train when they decided to redeem Peter.  He must feel like Jesus because it seems that resurrection does wonders for magically washing away sins. Peter also has great company in the form of the goody two shoes Allison. But Allison has suffered you say. Her mother was murdered. Does any of this give her the right to decide to be a party to torture and murder? Thank goodness this was just a phase because her sugary goodness returned to sicken the audience.

This is not a phenomenon limited to Tv Series. In Kristen Painter’s House of Comarré series, we are introduced to long suffering Mal who has been cursed to be a beast. He slaughters people without thought until the day his victims’ names get tattooed on his body and he is forced live with their voices. Nothing makes a vampire complete a transition to good faster than a love interest who demands purity. Chyrsabelle with her virtuous purity pushes Mal right onto the train and all of his misdeed are quickly forgotten - besides they have bigger fish to fry.

You would think that with all of the issues going on in a dystopian world that the characters would be too busy for a redemption train but you would be wrong. For the entire first season, Monroe was the Black knight to Miles’s white knight. The problem of course is that Miles was an equal partner in the creation of the Republic and given his past history and his treatment of Rachel we have every reason to believe that he was ruthless. Because true love must conquer all, Rachel is more than happy to put that aside and not only become allies with Miles but engage in a romantic relationship with him.

There are examples of Redemption done right, and for all it failed with Hook, Once Upon a Time did an excellent job with Rumplestiltskin. For a long time the characters only dealt with Rumplestiltskin when they felt they had no choice - his powers forcing people to work with him. But he was rarely extended trust and his misdeeds were constantly held up for us to remember. As he grows closer to the Charmings and their family, he is continually greeted with that same suspicion that only gradually - and grudgingly - thawed with repeated set backs. Once Upon a Time is also interesting in that it has Regina, whose Redemption Train is notable as being too hard - and too frequently derailed.


Another good Redemption story that has just started is in Teen Wolf with the werewolf twins. They’re looking for a pack, somewhere to belong - and Scott does not welcome them with open arms, far from it. They have to work for that acceptance, they have to fight for it - they have to show themselves worthy of it and continue to face suspicion from Scott, Lydia and Stiles who all bring up the murder of Boyd against them. They’re having to work for redemption - it doesn’t magically happen with all their bad deeds happily erased.

One of the main problems with the Redemption Train is how it ends up treating the victims of these villains. If they reasonably hold any kind of grudge or anger towards their victimiser they are presented as being petty or unfair. In The Vampire Diaries Caroline’s dislike of Damon is rarely depicted as fair despite him having actually raped her; she is seen as having an unreasonable dislike of Elena’s boyfriend. Similarly, Tyler’s fury over Caroline sleeping with Klaus is presented as excessive and out of line - despite Klaus having killed Tyler’s mother and many of his friends. In The Originals Tyler is almost cast as a villain for seeking revenge on Klaus, while Rebekah’s plotting against her brother is deeply questioned by Elijah

The Redemption Train casts the victims as being the unfair ones, the ones in the wrong - the victims become villains for not overlooking their victimhood
Alternatively - and sadly more common - is the victim just forgets their victimisation. Again, on The Vampire Diaries Jeremy is pretty forgiving of Damon actually murdering him. On Teen Wolf just about every werewolf is happy to ignore Allison’s vicious torture.

By completely ignoring what happened to these characters, we disrespect what happened to them, we reduce the perceived severity of what they suffered and, in doing so, reduce the impact of it - and send a message that these things aren’t so bad and should be so easily forgiven. These are the “good” victims to contrast the “bad” victims who dare to hold grudges.

The last kind of Redemption worth mentioning is the last minute crash - which can do a lot for saving a badly run Redemption Train. Sometimes the character is being redeemed and accepted when it is sorely undeserved - and then at the last minute it all falls apart and the villain gets their glorious comeuppance - and could there be a better example of this than Madame Delphine LaLaurie on American Horror Story after a season of Queenie trying to get through to this woman she’s stabbed and banished to Hell where she belongs. The Governor on The Walking Dead TV series another excellent example - it looked like we had him becoming a protector and helper for a whole new community - and then he starts a war. These last minute crashes don’t completely make up for the problems that happens during the ride but the crash excellently prevents everyone getting too cuddly with the blatant viper.

Redemption is a complex issue because, on some level, it means brushing over evil actions which in turn means brushing over victims. If the redemption path is not given due respect - if the villain is just dropped on the Redemption Train to be suddenly recast as a good guy - then that victimhood is dismissed. The victim’s pain is ignored, completely disappears or is even presented as a problem; the dead are discarded, suffering is declared irrelevant. More, the victims are almost required to forgive - they almost have a duty to forgive.

This doesn’t just disrespect those particular victims but also harms the very concept of the acts that are being magically forgiven: rape, murder, torture - these are not things that can be just forgotten because it suits the story or because the perpetrator is extremely hot. To treat these crimes with the severity they deserve, we cannot put their perpetrators on the Redemption Train.
Posted by Sparky at 9:44 AM