Under Attack (Under World Detective Agency Chronicles #2) by Hannah Jayne 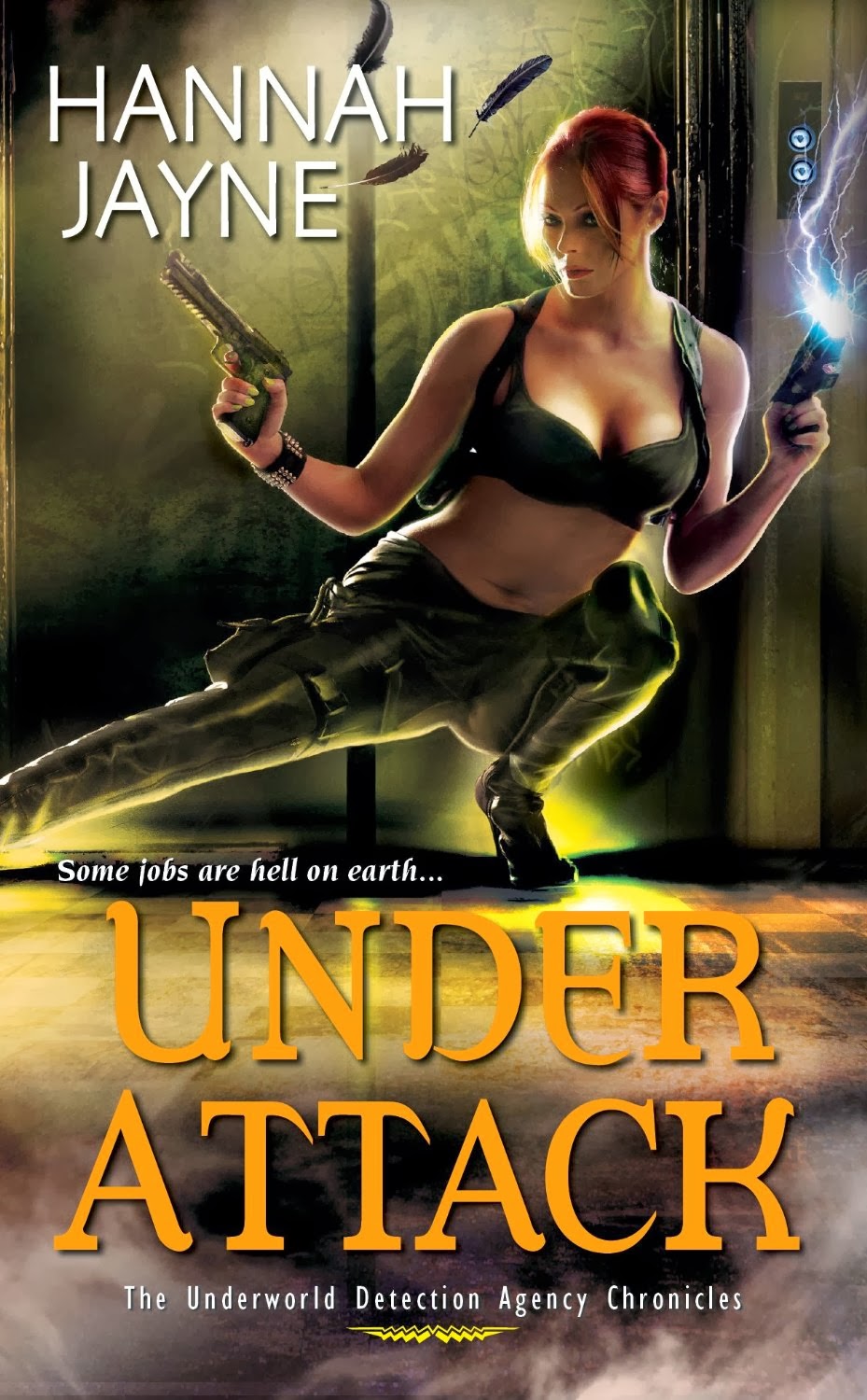 That’s a quest that puts Sophie firmly in the middle – and directly under threat. Especially as we learn more about exactly who Sophie is and who her family are.

…and lo it was damned with the very faintest of praise. Especially since it was even worse with some others.

Many of the problems of the first book continue – one of the most annoying is that it’s still like that guy at the pub who thinks he’s funny but really isn’t. There is so much of this book that is hammered in for comic relief that isn’t even slightly amusing – Vlad and Nina’s main purposes is to be a constant source of hilarity which I’m sure is meant to have me cracking up and falling from my chair. I did not crack a smile – and find both characters so ridiculous to the point of being intensely irritated whenever they appear. And now they’re joined by pointless-cantaloupe-grandma-ghost. No, that isn’t a typo. No, it isn’t funny.

This book is also rammed with pointlessness and “twists” that I neither understand nor care about. They just fill space – and this is a flaw that is even worse than the first book. Sophie had work trouble – added nothing to the story. Changed job – added nothing to the story. Sophie’s sister – nothing added to the story, nothing about the story changed. Sophie’s father – not followed up enough to make it relevant to the story. Ghostly grandma – added nothing to the story – not even clumsy exposition. Will the Guardian… who doesn’t do much guarding. There’s just all of this stuff crammed into the book that doesn’t really do anything – and it’s not just these elements added, there are a lot of scenes as well. Like Sophie deciding to go to her boss and give him a piece of her mind – it doesn’t DO anything, she doesn’t even really see it through. Or Alex giving Sophie a stun gun – we have a whole scene about it but there’s no real reason for it. Or Sophie being arrested to then have that whole plot line pointlessly fizzle into nothing. This book is lost in Chekhov’s junkshop.

Which is another element that fails dismally – Sophie is supposed to being tormented by Ophelia through telepathy. But she never sees anything through! So the arrest… fizzles out. Her food being made disgusting… only happens once. The rest of the time it can be summed up with “Ophelia’s being mean” which is apparently sufficient to turn Sophie into a snivelling wreck of weepiness and despair.

On the plus side, Sophie is less completely useless in this book – marginally. But only because no-one actually expects her to do anything about anything. She’s not useless merely because she’s not really given any tasks to fail. She spends most of the book sobbing, wailing, angsting, worrying or fighting with the voice in her head; usually all of this angst and drama is about those excess, unnecessary elements that have been squeezed in the book just because. This woman is supposed to be in her thirties, she’s ridiculously childish (almost as childish as Nina – who is supposed to be centuries old). And, of course, when she actually does drag herself into actually doing something she decides to ditch all her helpers and run off alone for… no, there’s not even an ATTEMPT to explain it. She’s just Sophie, and abject foolishness is what we can expect

The romance (and borderline new pointless love triangle) is appalling. It just bounces between Sophie wailing about how long Alex was gone, then drooling over him for an interminably long time, then bring furious with him because he has an unpleasant ex-girlfriend. This from a 30+ year old woman, apparently. Seriously, when she hears this Fallen Angel is after the vessel she doesn’t worry about powers or threat or consequences – she worries that she may be more attractive than her.

When you cut out the unnecessary elements and the pointless angst you have… virtually no story. Nothing is discovered or investigated, it’s all just dropped on Sophie. The characters don’t do anything but flail around until a convoluted kidnapping finally forces an even more convoluted ending. WHICH IS EXACTLY HOW THE FIRST BOOK ENDED! AAARGH YES I AM REDUCED TO BLOCK CAPITALS, THAT’S HOW ANNOYING THIS BOOK IS! Flailing around doing nothing until the bad guy forces the issue with a kidnap at 90% of the book is not a story!

Diversitywise we have an all straight San Francisco with a couple of ultra minor POC (I’m talking neighbours in her apartment building) – but she also throws in enough appropriation of marginalised issues and marginalised language just to rub some salt into the erasure (seriously, it goes way above and beyond on gender, race and sexuality).

And in the name of all that is sensible – what the hell is going on with that cover?! That cover is virtually fraud – Sophie couldn’t even get in that position without falling over and guns? There are maybe 4 people on the planet who are less qualified to handle a firearm. Don’t even get me started on the camo bikini top – seriously this cover isn’t even slightly related to the contents.

I honestly cannot think of one positive thing to say about this book but I also have the creeping feeling I’m going to read the whole series because it is so poorly executed I have an almost train-wreck fascination with it.