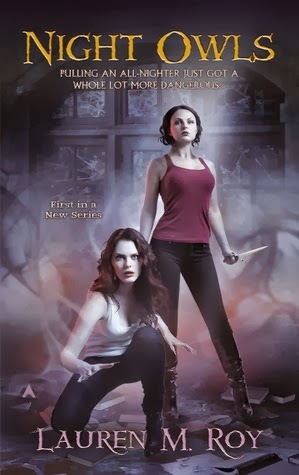 Val is a vampire, running her bookshop with Chaz, her Renfield and living a normal life – very normal, away from all the messiness of vampire politics or of her past

Until Elly enters her life. Elly, protégé of the great hunter, Father Value, has a book that the old hunter gave his life to acquire – a book that may hold the key to the Jackals (or Creeps) increasing their dwindling numbers. Since the Jackals are monsters who eat human flesh with a special taste for virgins, no-one really wants that.

But the Jackals are very eager to get their prize back and as they amass in greater and greater numbers, Val and Elly have to take greater risks and make some dubious deals to keep the book safe.

Especially since the book has decided to lodge part of itself in a college student that they’d both rather didn’t die.

Which is odd, because this book is also pretty involved with several well developed characters who are interesting and nuanced, more than a few difficult and fuzzy situation and a decent plot that draws all of them together. Such books tend to be deep or interesting or fascinating or exciting – but they don’t tend to be fun. They don’t usually have the lightness to them to be fun.

Night Owls is fun. It manages to hit that balance that keeps all the dark, heavy scenes and all their impact – while still keeping a lightness that is fun which is really really hard to do. Usually one or other has to be sacrificed

The star of the book – and this balance – was the characters. We had a number of characters and I honestly can’t pick a protagonist – either Val or Elly are prime candidates. But all characters have some depth and motivation behind them giving them a strong history and strong presence and motivation. There’s Val with her past as a hunter, bad experience with vampire clans  and general wish to lead a nice, peaceful life – which is so much BETTER than a legion of Musty vampires we’ve seen who randomly decide to normalise for some random, ill-defined and ill-explained guilt. Elly has just forcibly been ripped from under the shadow of Value, her mentor and a truly great hunter; she has an excellent mindset of finding her future, her chosen past while at the same time having her hero-worship of her former father-figure slowly chipped away. Both these character’s experiences and growth are showcased through others – Chaz, the Renfield and in many ways the very avatar of Val’s normality and Cavale, another former student of Value’s whose anger brings home to Elly their mentor’s flaws as well as underscoring how ill prepared she is for the world. But even these characters have their own motivations and issues that go beyond mere extensions of the characters they complete.

The way these characters interacted and worked together really added emphasis and texture to them: we weren’t told in long info dumps, the characters were crafted in a series of interactions that really made them stand out.

Of course, on a slight negative, part of that fun lightness comes from the Succubae, who are deadly, dangerous and immense fun. They tease, they play and they are a little comic relief – it would be nice to have seen some more depth to them than have them be the lightening agent – but it was still very surprising to see succubae who were in a relationship with each other – being either bisexual or lesbians and apparently monogamous. In a genre were succubae are used as a short cut for lots of humping everywhere, it was a very refreshing change. One of the succubae is also a POC, but since her appearance is mutable it’s very much in doubt – we could certainly do with some more racial diversity since she and one of the Creep’s silent thralls are the only POC in the book.

I also feel that Val’s full age and gravitas hasn’t quite been explored and conveyed – but, really, I’m nitpicking now, and she’s certainly a lot better than depictions of vampires several centuries her senior in most other books. Justin doesn’t have a lot of depth to him but that’s because there isn’t a lot of depth to him. That’s the point, he’s a nice, normal, rather geeky college student who is quintessential human. He is in above his head, rather overwhelmed and completely lost even as he is the target of all kinds of supernatural shenanigans. He is perfectly cast in his mundaneity.

The plot itself is fairly basic when parsed down to the bare bones – the bad guys (who are pretty irredeemably bad) want something that the good guys need to protect. It’s not exactly new, but it does have a lot of interesting twists around that basic plot line: like Justin losing his humanity, the thralls the Creeps keep and the need to make allies they’re rather not have. It’s a basic story, but told with some excellent characters, an intriguing world (the Creeps preying on humanity and the vampires being a not-very-nice alternative, the nature of the Brotherhood and their own less than shiny actions, magic etc) and with a really nice writing style.

Which I also have to mention – the writing is nicely done, fast moving with well described action, sufficient introspection to add texture and depth to emotions and development but not to have the characters shuddering in corners examining their navels and angsting at length and all the dark drama is nicely interspaced with humour (whether it be that virgins are useful to keep around as tasty fodder – another interesting subversion of the purity of virgins) that keeps that excellent combination of action and lightness

This is one of those books where I have no idea if it’s the first in a series but I really hope it is. With these characters, this world and this writing, it should keep going on and on like a particularly tenacious Duracell Bunny.