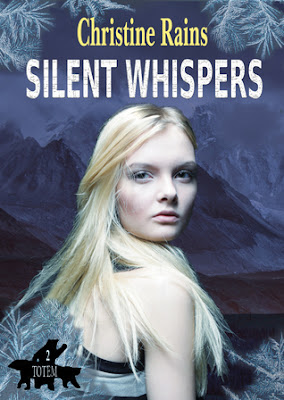 Kinley Dorn, architect, werepolarbear and geek is used to being pushed to the sidelines when her more active sisters are trying to chase down the missing totem pieces.

Until Ransom, werelynx and assistant to a vampire, encourages her to leave her safety and join him on the site – though even he didn’t expect an extinct giant to be rampaging around the site.

I have to say I am generally quite happy about how the romance in this book in some ways though it is a bit odd in some says. It doesn’t dominate – it’s clear there’s chemistry between Ransom and Kinley, but it is definitely not taking over.

But it’s always present which is slightly odd. Not because it’s distracting like so many romances are in this genre – because it isn’t. The characters are clearly focused on stopping the zombie giant, helping the people around the land and finding the totem. The focus is clear. The romance is… not? It’s not so much a distraction so much as a blink and “oh, yeah… romance. Apparently? Ok”. And in some ways I find the romance far more out of place than I find it a distraction: because the focus is so clearly present that it seems weird that these cleverly focused people are instead suddenly throwing this focus to a side to muse over how hot Ransom is

I also found it somewhat detrimental to their development – we spent time on the romance when we could have spent more time on the actual characters. We have to remember this is a very short book – so needs to be careful where the focus is. What do I know about Ransom? He’s a good looking rascal. What do I know about Kinley? She’s a geek with self-esteem issues. Rather than have this little odd romance we could have explored Kinley’s abilities, her skills as an architect (hey, one thing I loved about Totem is that it did a great job of, in a brief space, showing Ametta’s skill as an interior designer and why this matters for the supernatural beings who are their customers), finding her confidence in ways other than “yes the hot guy actually thinks you’re hot despite your love of Firefly”. Even more geeky references (though there were some excellent references which was always fun).

When you have this little space to work with, it’s necessary to triage that space – and in turn I just didn’t buy in to the romance very much – not least of which because Ransom is such a blank slate

But the actual action remains central – the fight against the giant, Kinley’s courage and determination and rising to the battle. On top of this there’s some really excellent drawing in some of the underlying stories and world building of this series. It’s an excellent, action driven, world driven story

I just wonder where this book series is going. Book 1 introduced the world and the conflict and Ametta and her sisters. So I wondered if Book 2 would be considering Ametta and her sister’s battle to reclaim the totem against dire consequences (whatever they are)  and defeat the enemy (whoever that is) or would we move to sister 2 and find her a hot guy. And this leaves me wondering in book 3 will we be looking at further conflict, world development and expanding mythology… or realising that Ametta has a third sister who is single

I’m not going to pretend I don’t have a preference here. I obviously have a preference. But whichever way it chooses can be a great story. But if the option is actually “both” then I think the next book has to be a mite longer to fit it all in.

In terms of inlusion, we hav no LGBT people; Sedge, a briefly occurring character is the avatar/reincarnation/I’m not even sure of an Inuit god – but I’m, not sure if he’s an actual Inuit. Kinley is a skilled female character who grows considerably through the book but she’s the only character – male or female – who has a real level of development.