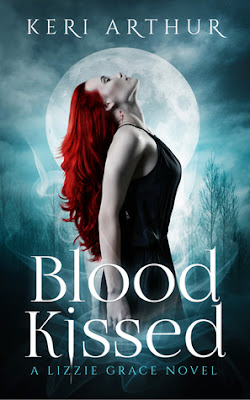 Powerful witches, especially from the major families, are considered a major influental part of modern society

Except for Lizzie, never living up to her family’s standards, she has gone into hiding with Isabelle, her best friend and familiar, to set up a business in werewolf territory which is more than a little hostile to witches.

She intended to fly under the radar - but when a child goes missing she cannot avoid using her magical abilities to find her; even if it did raise the ire of the local werewolf ranger

The world building of this book pulled me in quickly - which is just what you want for the first book in a series. The first book has to yell at you why this series is different, what this series has to offer that you can’t get elsewhere, something to hook you in - and a well built world is a perfect hook.

The werewolf territories and their quasi-independent status. There are the witches who are massively influential in government with their magic meaning certain witch families hold a position of almost aristocracy. We have a nice introduction of things like natural magic which is definitely raising potential for future complexities. We also have the big bad definitely with a different form of magic that is also going to add to the complexity of the world. Throw in some vampires and a nice hidden society and I’m hooked in

Lizzie herself I don’t think is going to be that original herself. Scion of a major family but without the major woo-woo? I’m laying odds now that she will turn out to have the super-rare-special magic or she will turn out to be a late bloomer or something. At some point her awesome super powers will become apparent, the tropes demand it! Honestly? This doesn’t bother me. Yes the genre is full of protagonists who deny their magic, jate their magic, don’t realise how powerful they are, think they’re weak and then embrace it all and become awesomely special power. But just because it’s common doesn’t mean it’s not fun or interesting or enjoyable to read.

Sadly, we also have her love interest. He’s a werewolf. He hates witches and is mean to her but needs her so they have to work together. And he can’t help being attracted to her and she can’t help noticing how utter hot he is ALL THE DAMN TIME never mind how much he hates her and yes we alllllll know where this is going. Nothing says true love like complete and utter loathing (it’s a pet hate of mine - can we stop driving the train from hate to love without a severe redemption moment on the way? Lusting after someone who loathes you is terribad self-esteem). I quickly became tired of the many times she told me she found hot.

Thankfully what isn’t tropes is her relationship with Isabelle her best friend, business partner and familiar is much more interesting, original, touching and with a lot of promise. The combination of prophetic dreams, linked magic, the class difference between them and a whole lot of snark and fun connection made this the most important part of the book to me. These two together are going to be excellent. Their friendship is great, they support each other, are fun, sex positive and joyful. But it’s also complicated by the subservient nature of the familiar bond which definitely makes Lizzie uncomfortable.

Isabelle is also a Black woman - which… while it’s good because she’s prominent and important and she and Lizzie care for each other… but.. She is the familiar, which is a semi-reliant/subservient role to Lizzie, a white woman. No matter how supportive, caring and fun their relationship, there’s some Bad Implication here.

We have a werewolf bartender who is described as “brown” and there’s a suggestion he will appear in future books. There’s also an Asian witch of considerable power and influence - but pretty much a minor role and I dare say she won’t be returning since she’s a visiting investigator anyway.

The plot is excellent, a well balanced method of introducing Lizzie, the world, the history, the world building, the area, the main characters, their relationships (derailed by unnecessary romance) all really well portrayed. The pacing was great, the world fascinating, the characters fun and the whole book had a really nice portentious feel to it, really ominous with a good feel of terrible things coming which had to be stopped.

I do think the ending is somewhat anticlimactic. We had lots of action and investigation - I think the reason the ending felt a little lacklustre wasn’t because it was - but because it was built up so well, with the enemy clearly shown to be scary and dangerous so well that the defeat seems a little easy.