The Trinity's Dream by Sherif Mekdam 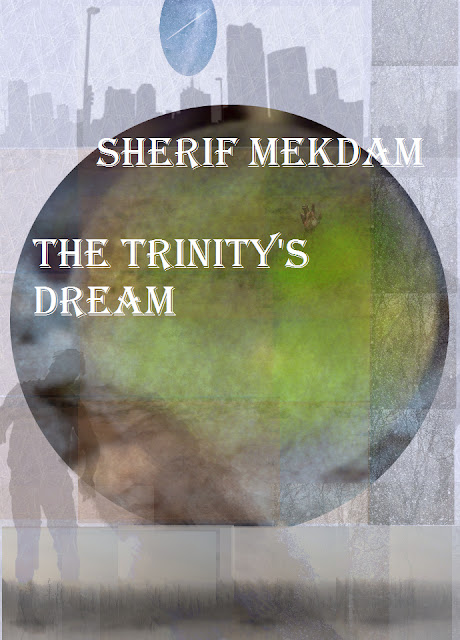 I have an issue with the main three characters who are put forward to be the Trinity. They’re all supposed to be deeply flawed people:

We have an arrogant, rapist atheist who raped his best friend while she slept and who spends most of his life debating Christians (and apparently this gets him a huge fan club of women to sleep with him. Because university campuses are full of women who get so turned on by anti-theological debate).

We have the Muslim who is a wanna-be terrorist.

And we have the Christian who is so self-sacrificing and dedicating his life to trying to find a miracle cure for his sick nephew.

Uh-huh. Rapist arrogant atheist, hateful, misogynist Muslim - and saintly selfless Christian? This does not look good when put next to each other.

Beyond that I think the main issue with this book is fundamentally structural - it’s short. Really short and really full - we have 6 significant characters - both the Trinity above who will save the world and the three characters who actually discovered the world was ending have to have their characters, their back story, their expertise, their families, and their experience shoe horned into a really really small book. That means we have a lot of info dumping, a lot of really clumsy, awkward attempt at development which didn’t even make these brief characters particularly notable or distinctive. Nothing really develops or distinguishes itself - certainly not the characters - so we get really shoe-horned, overly full, quite convoluted characterisation to try and create a full character in very very limited space.

That limited development also made so much of this book flawed - like examining the rapist and not making it just a throw away reference, the misogyny of the terrorist-wanna-be: I mean all of it is pretty much undeveloped but this becomes much more of a problem when covering these fraught topics.

Several of these characters are POC which is something

This applies to the world building as well - I mean, we get lots of lectures and infodumps (through the really convoluted avenue of having one of the workers completely forget everything and have it explained to him). And it’s really shallow - like presenting Atheism as a religion without really examining what that means or why or even how lacking in analysis this is

I mean, conceptwise it’s not awful - the whole idea of the multiple level apocalypse, the dreamer, the lessons humanity has to learn, the lessons each member learns - these are not bad things by any means. But more expansion, more development - actually run with this idea; structure it, explore it, develop it, create a story around it - but this? This isn’t it. This is a concept, a preliminary draft (not even a first draft) and it needs a lot more work