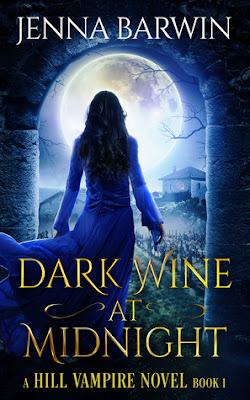 This book as some excellently original concept. Cerissa is our protagonist and member of a species which either angelic or alien or both - I think both - with arcane powers and technology tasked with investigating the vampires. With her own quest of wanting freedom - because her people are not allowed to live their own lives. It’s an interesting conflict and throws in her playing as a double or triple agent with all the conflicting emotions that come with that, especially as she goes more native


There’s vampire society which has other interesting elements - like a recent war that has heavily divided them, a possible resistance movement, a strict population control, blood rationing and other tension building within


Throw in some deaths and apparently someone attacking them and the ongoing difficulties and tensions caused by the very restrictive treaty after the last vampire war that sets strict limits on vampire behaviour.


So let’s use this to tell the story of… a hot guy disliking a hot woman (for not apparent reason but love stories need to begin with instadislike) but finding her surprisingly compelling and he just can’t resist her and within the space of like, what, two, three weeks he suddenly is deeply and eternally in love with her and she with him. Only he can’t because Tragic Past and he is Unsafe for her to be with. And now there are people trying to keep them apart for Reasons which don’t quite make sense but OBSTACLE is needed.


Oh and she may be an alien angel thing that may destroy all of them but he spends like 5 minutes questioning her motives before focusing more on this romance which is trying to hit bingo of shallow, rather pointless tropes. These tropes aren’t even especially well developed - Henry is sad and self-hating because of a past jealous rage which he just… gets over? I mean this has apparently shaped him and his behaviour for years.


But most glaring is just how quickly Henry mehs Cerissa’s shapeshifting alien/angel woo-wooness. Or how his business, the community, his friends all come to be so much less important to him compared to said shapeshifting alien/angel. Even when he becomes aware that, at least on some level, she has a mandate to investigate vampires (and, one would hope, realises that it’s a step from “investigating” to doing something once you have the results) he seems relatively indifferent. We opened with quite a lot of detail looking at wine since this is Henry’s business… and that just vanishes. We discuss Cerissa‘s plan to open a lab and why this is important to her and for her plans for vampires and her own freedom… or the very nature of the low blood supply the vampires are dealing with: and then we just lose all of it.


This is my overwhelming, all consuming issue with this book - it creates a really original concept, it creates a very original character. It introduces excellent additions like an actual business (a business! Yes, supernatural beings that don’t just have money appear from nowhere or aren’t private investigators!) science, ethics of cloning and a whole lot more of interesting unique elements. And then what does it do? Pretty much neglect all of these excellent elements and focus on a romance that is a collection of rather tiresome tropes, few of them really developed or actually gelling well with the characters or showing them in a great light.


We also have some good diversity with more interesting potential from there: including Cerissa being South Asian and having a very different viewpoint from the rest of her species because she has been so influenced by her human father (which is why I’m a little disappointed we didn’t look at more of how her culture influenced and shaped her). Tig, the chief of police is a Black woman whose human life as a Massai shaped her culture and attitudes (honestly, I’m not even remotely informed enough to comment here because I don’t know the culture. There is a sense that it shapes her considerably but equally there is a little sense of “noble savage” and exoticism as well). She also has a complex and interesting, meaningful relationship with her deputy, Jayden, a Black man. She plays an excellent role in investigating the attacks and oh how I wish the focus on this had been greater.


Henry is latino, Mexican who mentions his history during Conquistador Mexico as a man of mixed indigenous and Spanish ancestry which also affected his history and attitudes. There’s a lot of racial diversity here among several prominent characters.


There are no LGBTQ people in this book. There are a number of female characters as well as the police chief who, again, could be interesting to develop


We could have even looked at Karen, a human woman married to a vampire (the town is full of vampire/human relationships), apparently with a vampire who has little to no respect for her but apparently she maintains a confident and powerful part of the community - I want to know her story. Or Gaea, a clearly an older and influential vampire who has no official position on the Council but seems to be maneuvering a lot behind the scenes. Or even Blanche, a young female vampire who is rather disappointingly slut shamed throughout the whole book as a terribad competition to Cerissa- but I want to see this desperate woman trying to raise enough money for safety and a community, knowing her life is on the line, forced to take any means necessary especially when coming from a time and past of vulnerability as well. A woman who challenges the new morality rules that have been put in place AFTER the older vampires had chance to hoard their own power and wealth. Again, potentially a very interesting character. Or there’s Shayna, wife to Yacov, a Jewish vampire both of them involved in the political debate about human power within the town.