I will admit to not exactly being enthused when I first learned that an updated version of Teen Wolf would be hitting the airwaves. To be clear, I didn’t anything good could come of updating Michael J Fox’s cult hit Teen Wolf. Honestly before the first couple episodes aired I’m sure many had the same doubts.  Thankfully while the television series was at times filled with glorious cheese, it added a level of seriousness to the narrative and to the story in directions I could not have predicted based upon its inspiration. The characters may have been teenagers but the audience was absolutely meant to take them seriously.


Ok… I’m going to say something nearly everyone is going to call blasphemy…  but I like how Teen Wolf evolved. 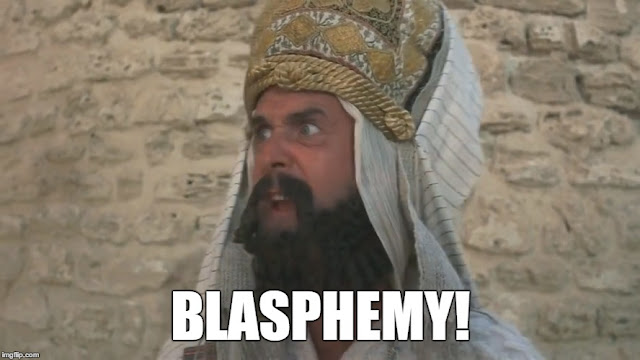 I know, general commentary is how Teen Wolf was a cute, not-too-serious, campy with lots of eye candy fun show as it started in season 1 and then it went all down hill. I can’t follow that - yes, it started well - but fluff doesn’t last for 6 seasons. It would have been fun and light but it had the chance to become more and I think it actually ran with it - especially since it was backed by some really excellent acting. By moving to more than fluff we had the plot lines of the Nogitsune, the Alpha Pack. It got serious, it got dark and it even got epic and it was awesome because of that - it became way more than it originally looked and I applaud that


Of course the story wasn’t always coherent per se - but it was backed by an excellent cast and some really perfect core characters. Scott McCall, Stiles, Lydia and, as it developed, Malia and Melissa McCall were excellent characters, extremely well acted and a joy to watch. Watching Scott in particular grow through these seasons was something I loved - and why the last season annoyed me with them trying to replace the main cast with the painfully dull B team.


I liked the plot, loved the story, the cast and damn this show could sell atmosphere at times!


The Bad
Awesome characters and epic storylines are great… but the number of times those characters were dropped in the plot box, wandered off the show or never realised their potential was sadly equally common. Especially since, as we’ll get to, most of them were minorities. A lot of characters also just kind of drifted round the edges - why was Parish around when he seemed so little involved. Did we need to bring Theo back? Did Peter Hale need to return? These felt clumsy, out of place, especially since they lacked the epic character connections everyone else had. While the show developed more and more epic storylines (which, again, I say was good and really did highlight the acting chops of the cast), we lost more of the relationships between the characters. Scott and Stiles, Scott and Deaton, Melissa and Scott, Stiles and Lydia - these all became less and less important as the seasons went on. Worse from season 4 onwards we saw more and more of the show trying to push the B team: Liam, Alpha heir-apparent (for some reason never really explained). I think the writers became more obsessed with setting up a potential spin off series than actually continuing the main plot with the main characters.


Teen Wolf had Asian characters, Black characters and gay characters. When you go down the checklist, it all sounds wonderful until you think of what the writers did with this characters. Rather than investing in their LGBT characters Danny and Ethan, Teen Wolf was far more comfortable promoting and encouraging Sterek. Rather than evolving its LGBT characters Teen Wolf sought to offer up slash bait which of course toxic fandom simply devoured like a free four course meal. In the end Teen Wolf was given a lot of cookies for subtext rather than portrayal, something it continued with blatant tokens Mason and Corey, and barely-there bisexual female characters Yeah, settle down fanpoodles the truth is the truth on this one.


The POC similarly added little more than names to the roster - Deaton and Braeden (remember her?) along with Mason and Danny spent weeks in the plot box and rarely had more than the odd scene when they could be useful. Boyd joined Danny and Kira and Ethan on the over-full bus of inconvenient characters that Teen Wolf no longer knew what to do with.


This continued with the female characters - often removed (Alison, Kira), or sidelined. Lydia spent entire seasons screaming in a corner and even when she came into her power was often reduced to that power than anything else. What is frustrating is that all of these women, along with Malia and Melissa, had every chance to be absolutely awesome and in some cases were; but they never got the chance to realise their full potential.


The story of Teen Wolf and it’s marginalised characters is one of wasted potential: they technically have a lot on paper, but they have no idea what to do with them - not helped by the creators clearly expecting huge praise for their diversity.

Random stuff
Product placement! Oh dear gods, I have hardly ever seen a show that was this epically dedicated to selling shit. If a character is going to use a phone, drive a car you can guarantee they would get that product front and centre. Derek doesn’t just get in the getaway car, he shows off its features, tells you about its clean lines and takes you down to the dealership... 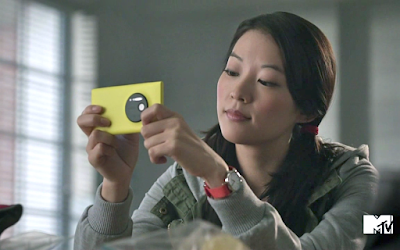 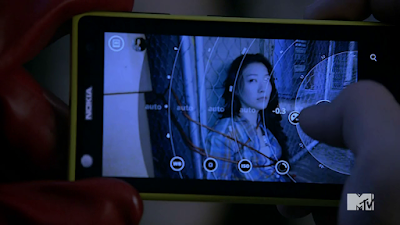 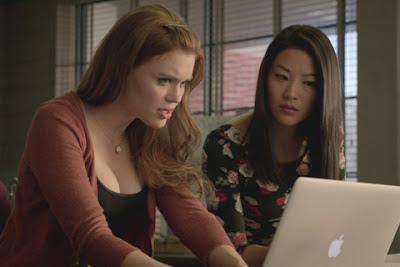 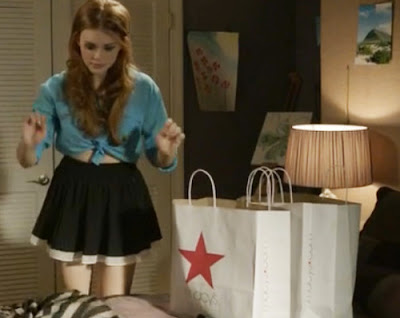