Tyler Posey and the Sterek Fandom 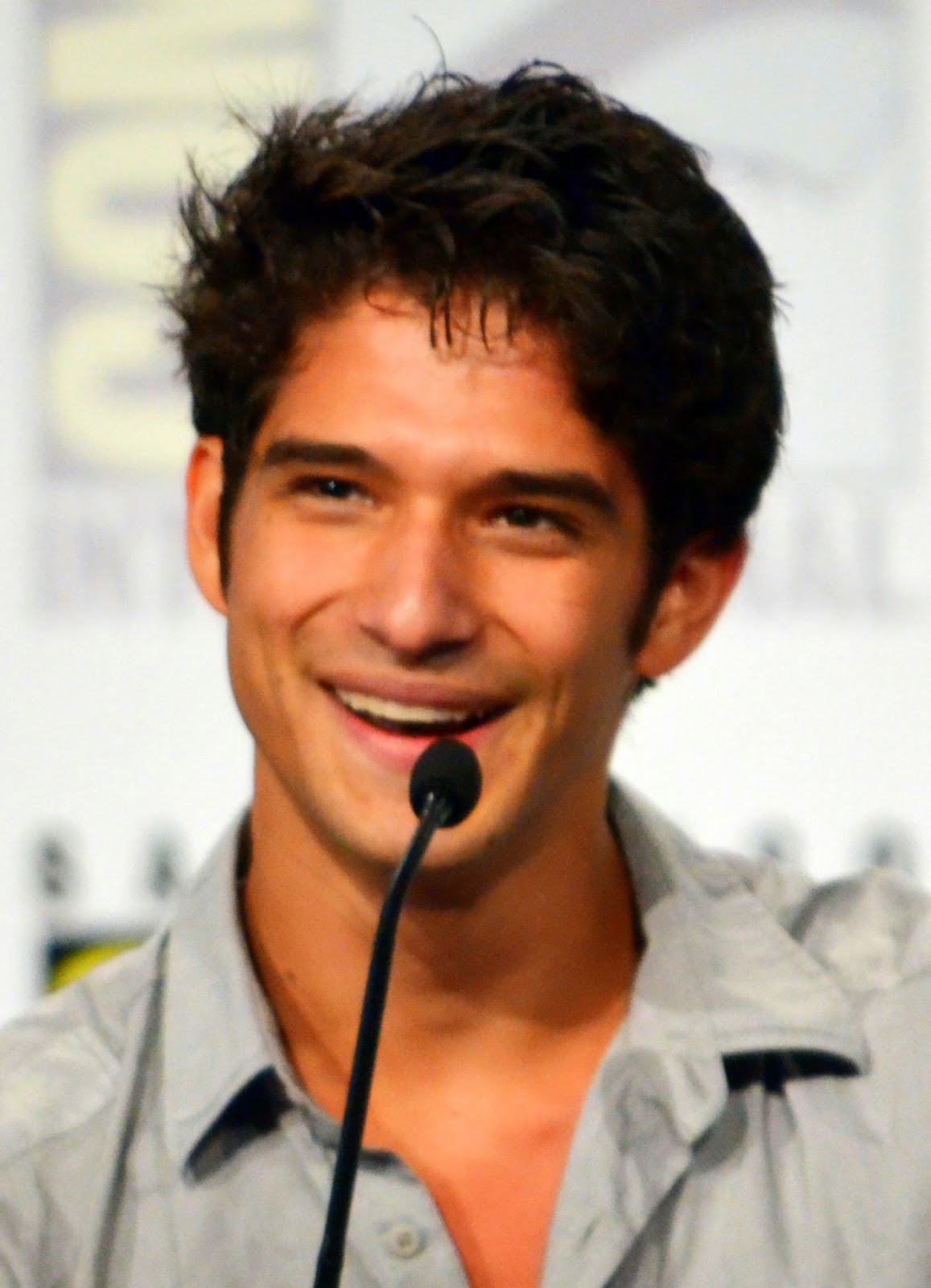 Tyler Posey, the actor who plays Scott on Teen Wolf has said something less than complimentary about the Sterek (Stiles/Derek) slash ship - he believes it’s a bizarre, weird, twisted thing. And a large amount of fandom has lost it’s ever loving mind - including lots of accusations of being homophobic.

I feel the need to respond to Tyler Posey’s comments by saying - I completely agree: Sterek is a bizarre, weird, twisted thing.

I actually do hate Sterek - yes me, a gay man, hates the Sterek ship - if you want to run at me yelling “homophobe” over this then I will Have Words.

I hate Sterek because of its power in fandom, because of the way the show creators pander to it (as we’ve mentioned before) with endless slash bait that makes both a fetish and a joke of gay male sexuality. I hate it because the actual gay characters on the show are repeatedly ignored in favour of an imaginary ship. I hate the message this sends to show creators - I hate the idea that hints and subtext are all that is needed for GBLT inclusion because fans will always be happy - and excited - and that this is so much more important than actual representation that actual representation can be ignored in favour of it. The counter argument to this is usually that “it’s all we have so we have to make the most of it” but Danny and Ethan are there and are real and are comparatively ignored. There’s more focus on Sterek than an actual gay couple who have actually had sex, including at conventions and certainly on places like twitter and tumblr where the show creators are bombarded with fannish squee over the pairing. There are even Sterek fans who threatened to boycott Season 3, Episode 6: Hotel California because Derek and Jennifer had sex - their precious Derek was with a woman. Never mind this was also the first episode where we saw Danny and Ethan have sex; pause and absorb that for a second. That is beyond twisted.

I hate that the show creators are clearly listening to this and listening to the Sterek Shippers. I hate that they’re happy to pander to the character hate of anyone who dares to get between their preferred pairing and they’re willing to add to the slashbait and hints of this non-inclusion while continuing to keep the actual GBLT characters so very much in the background.

And I hate it because of the whole way it has changed how Teen Wolf is viewed as a show.

Teen Wolf is hailed as one of the most pro-gay shows on television. And that is really twisted.
WHY?!

We have 2 canonical gay characters on the show, Danny and Ethan. Other than them we have a couple of brief cameo appearances in one off episodes. Yay, two very minor characters, that’s way better than the 30 shows we watch that are completely erased - but two extremely minor side characters hardly worthy of inclusion cookies - in fact, we’ve scathingly criticised a number of shows for having such minor, token members of minority groups.

The top 6/7 main characters on Teen Wolf are straight: Scott, Stiles, Allison, Lydia, Derek, Isaac (previously Jackson. Also straight). In fact, not only are the 6/7 main characters straight but there are a further 4 regular characters who have appeared in more episodes than Danny: Sheriff Stilinski, Melissa McCall, Chris Argent and Peter Hale. That’s 11 characters who have had more screen time. And that includes Jackson who has been gone from the show for 2 seasons. Danny is down there with Dr. Deaton and the Coach.

In fact, Danny was so absent in season 1 despite being repeatedly mentioned that we even coined the “Gay Maris” in the Lexicon in his honour!

It took 3 seasons for Danny to get some and, yes, him getting some was wonderful and rare and I definitely praise it - but c’mon: 2 tiny bit characters with no development, virtually no speaking lines (seriously, I think The Walking Dead gave T-Dog more lines than Teen Wolf has given Danny) who don’t even begin to develop anything resembling a relationship until the third season? That’s it? Outside of this what we had had is a lot of gay jokes, Scott at the dance, Stiles and his father at the gay club, Stiles’s endless babble, randomly appearing drag queens - gay as comic relief has been done and it is not progressive or inclusive.
THIS is one of the most pro-gay shows on television? Are our standards so low for GBLT inclusion? A couple of token minor characters and a few gay jokes? No, really no, this is not good enough. And presenting the show as so super pro-gay is pretty twisted.

But Teen Wolf is repeatedly held up as the most pro-gay of them all and, other than these really tiny representations, the reason for that is a rather excessive fandom that cares very little for the actual gay characters. This is certainly having an effect - even on websites that do analyse the media from a social justice standpoint; Racialicious and Kiss My Wonderwoman have both praised Teen Wolf for it’s GBLT inclusion and The Mary Sue even went so far as to suggest Ethan be dropped in the favour of more Erica. They criticise Teen Wolf’s representation of race and gender (and rightly so, we’ve done so ourselves) while praising their GBLT inclusion despite the show having less GBLT characters and less screen time for GBLT characters than it has had for POC and women.

This is how powerful this false sense of massive gay inclusion on Teen Wolf is. The slash fandom has given a sense of gay inclusion to a show with really undeveloped minor characters and people are buying that -  and yes, that’s pretty damn twisted.

And I don’t even WANT Sterek to be cannon - not just because of the really screwed up way it has changed how the show has been viewed but because it’s an inherently problematic relationship. I do not want to see the oh-so-sweet relationship between a creepy man in his 20s and the 16 year old high school student  - no, no I do not.  I do not want to see a representation of a gay or bisexual man being a borderline sex predator, I do not want to see a continuation of the endless meme that gay and bi men are trying to recruit kids, preying on kids, corrupting kids or are otherwise harmful to kids. Even aside from that, Stiles and Derek show nothing like affection for each other; at best Derek regards Stiles with a level of contempt, at worst outright derision and he has smacked Stiles more than once. Sterek, if it were real, would not be a good representation.

This is all aside from the idea that Teen Wolf is supposed to exist in a world which is magically free from homophobia in which case I question WHY 2 GBLT characters would spend 3 seasons not even giving us definite hints about being GBLT.

Do I think this is why Tyler Posey doesn’t like Sterek? No, I rather think he dislikes Sterek for the same reason (but with much more justification) that I don’t like all the love triangle discussions about the Hunger Games; because just as the The Hunger Games is an amazingly complex book that has far more to it than who Katniss is in love with, Teen Wolf is an incredibly well acted, wonderful show with so many excellent elements and awesome characters all of which are often overlooked - or actively abused in the most vicious ways possible - in favour of the Sterek ship (this also includes neglecting not just a Latino lead but Danny who is also POC and in an actual gay relationship), which, frankly has zero canonical support except for some extremely unsubtle slashbaiting (even the slashbait wasn’t in the “ambiguous language and lingering looks” department - it was the slapstick forced physical contact backed up by the actors on that thrice damned boat). I can only imagine how incredibly annoying it is to be Tyler Posey, with his talent and the performance he brings to Teen Wolf - or any of the actors on the show and the incredible performance they bring us and the great story it tells - and have all of that reduced to drooling over two characters getting it on who are hardly ever even seen together. Twisted? Yeah, pretty much.

I agree with Tyler Posey. I agree that Sterek is a major problem - and not just in Teen Wolf, but as an indicator of one of the ways fandom is engaging with show creators especially since not just conventions but mediums like twitter and tumblr have given fandom an unprecedented level of access. Fandom has more power than ever before to shape their shows or, at very least, shape how their shows are marketed and presented as well as perceived; and that power is not being used in anything like a supportive or encouraging fashion for us.

If there’s anything good that could come from this then maybe, just maybe, the vicious backlash Tyler Posey is facing for his comments may provoke a greater reaction in questioning what fandom is doing and the effect of that - because it’s way past time we did.


(Lady Geek Girl also has some excellent commentary on this drama)
Posted by Sparky at 9:00 AM