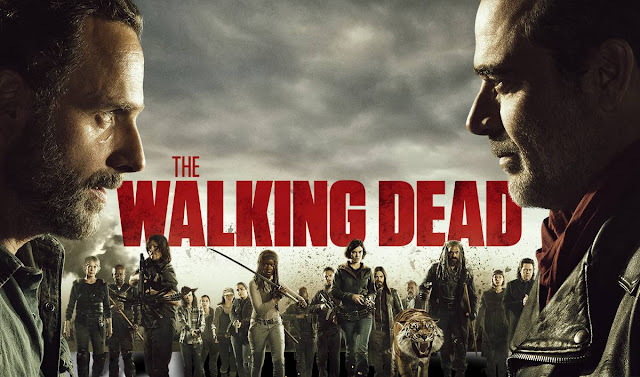 Time for some scene setting: Rick all mopey in the graveyard remembering the loss before making a big big dramatic speech about creating a new world of freedom and fairness and amazingness and awesomeness and we just have to kill the big bad evil people. Namely Negan, Negan has to die - his followers can live if they abandon him but collaborators may have to die.


Rick always gives good speech. Ezekiel’s speech is shorter but he’s so dramatic, so theatrical and has a tiger, so I’m much more impressed by Ezekiel. Maggie, for Hilltop, is less grandiose but I think a very solid personable leader, less dreamy, for personal focused. Gabe and Rick talk about how it is just Negan who is the problem and how it’s amazing one man can do so much - to which Gabe says one man has led the Resistance. Rick disagrees, this is not about him

Oh. Bull. Shit. Great Steaming Elephant Turds. Not all about Rick? Really? The Walking Dead? Nonsense! Shenanigans! This whole show has been about Rick since he woke up in the hospital in the first episode of this show.


Despite his speech about only Negan has to die, when Carl finds a man begging for help and showing no risk, Rick drives him off by shooting over his head just in case he’s a spy/traitor  etc etc. Carl is not amused by Rick’s callousness. I’m trying to remember if we had a character moment last season that stopped Carl being a serial killer in training.


The gang have a plan checking through a list of targets to hit, quietly and carefully bringing down Saviours in various locations. And pacifist Morgan is definitely team Violence again, as is Carol. Rick and Michonne are still a thing, but Michonne and Carl are staying back to defend the base. Michonne, apparently to make Carl feel better tells Carl she’s helping him and it’s his show. Walking Dead, don’t even joke about that. Seriously.


Rick also has a moment with Maggie where he implies he expects Maggie to be the one to take over after this battle is over. Yeah, no, not believing you


Their main plan is to gather a horde and herd it slowly using noise. Lots of unnecessary explosive noise, Daryl’s bike etc (yes it looks cool but isn’t the bike sufficient to make noise?). Part of this is to lure out several of Negan’s forces which get duly blown up.


Ahead of them, Rick leads a group of armoured vehicles to Negan’s front door and calls Negan out. For some reason despite sniping several guards, they don’t shoot Negan. That would make sense. Instead they exchange speeches - Rick pointedly ignoring Negan and appealing to his Lieutenants to surrender and he’ll spare them. Negan tries to sound reasonable as is his schtick, but Rick doesn’t engage. Negan pulls out Gregory - yes, of course Gregory ran to Negan, as Jesus pointed out - who tells everyone from Hilltop to go home or they will be banished forever from the colony. No-one is impressed. No-one leaves. Maggie says everyone must make their own choices - and they all, as Jesus puts it, support Maggie.


Negan is not amused and throws Gregory to the ground. Welp, Negan sets up a puppet and is shocked that this broken puppet cannot inspire loyalty? Still no sympathy for Gregory.


Rick gives them a count of 10 to surrender - and shoots on 7. Sadly all they do is waste a ton of bullets shooting out windows without actually hitting anyone. But it’s very dramatic and distracting while Rick rolls up the RV full of explosives and uses it to blow up the fence around Negan’s base.


Which is when the horde arrives. Rick is obsessed with shooting at Negan who seems stranded on the ground - but Gabe reminds him that it’s not about him and they have to leave: which he does after taking a photo on a polaroid. Really?


Unfortunately Gabe decides to stay around and help Gregory - who then steals his car and runs away. Gabe ends up stranded in a trailer, surrounded by zombies, with Negan
And I’m not even going to be sorry for Gabe. He hasn’t earned nearly enough goodwill in the last few seasons to care about his suicidal choices. 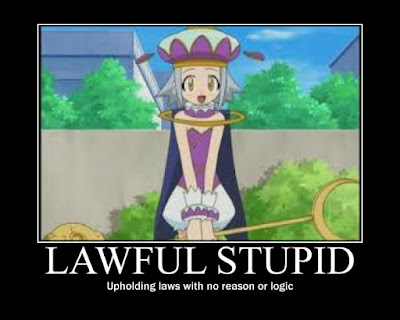 Of course, Rick feels guilty because he assumes Gabe was caught convincing him to leave. (Oh we’re going to get a terrible hostage negotiations aren’t we?).


Carol, Ezekiel and others attack another area and get a grenade thrown at them. It seems more smokey than damaging.


Carl decides to leave food and an apology for the man who Rick drove off - the man is watching.


We also get some weird flashforwards of tearful Rick. And beyond that old Rick living a life of domestic bliss with his daughter and Michonne looking all peaceful. My only take from this is “they can’t kill Michonne”.


Walking Dead, you’ll make me a happy person by ending the Negan storyline with this - or in the next 2 or 3 episodes, because we need to move in. The gang gathers in a place, finds a perception of safety then evil guy arrives, everything is destroyed and they move on. It’s repetitive. Also, from an emotional point of view, it’s deeply unsatisfactory.


Look, when going for gritty realism I get that emotional triumphalism isn’t the way to go, but Season 7 of The Walking Dead was pummeling. Michonne beaten down, Rick cowering in the dirt, Carol taking up meditation and pacifism, Daryl becoming a traumatised prisoner, Eugene showing his intelligence and then becoming team bad!guy and the death of Glenn and Abraham… it was punishing. And after 6 seasons of everything kind of falling apart it’d be nice to let up a little; on some level I want them to be reward, I think they deserve better than this. Yes yes grim gritty blah blah - I don’t care if death and despair is your aesthetic there’s a point when it just becomes too exhausting to watch and enjoy. If I need to catch up on unrelenting awful I can check the news.


Kill Negan, let them build their communities - bring in new challenges. Aspirational ones rather than reactive ones: how do we clear a large swath of land of Walkers rather than just the towns? What other settlements are there out there? Can we develop a reliable communication system? Introduce an enemy that Rick & co just splat with sheer awesome experience. Introduce a difficult group with lots of complex diplomacy to make them an ally. What about them getting an influx of refugees as people hear there’s a safe place not made up of rapey marauders? What about assimilating the surviving Saviours? Let’s have something vaguely positive; let’s not just be counting down the days until Alexandria is destroyed and we move on. Again.