This week brings us the death of a man who makes pudding for a big pudding company. (I am reminded that pudding is what Americans call flavoured custard which for some reason they eat from pots like yoghurt without even the pretension that it’s healthy) who ends up dead face down in one of his vats of pudding. According to Ella he is scalded to death.


I think this is definitely in my top 16 ways I do not want to die.


Wait we need the opening cuteness scene with Lucifer finding out that Chloe has Trixie putting money into a swear jar to teach her not to use bad language. Lucifer is outraged because of the arbitrary rules around what makes something a bad word and tries to give Trixie money so she can swear to her heart’s content


You have to kinda sorta love Lucifer for that. Of course Chloe intervenes, so Lucifer teaches her words which are technically ok but don’t sound like they are.


And today’s drama from Lucifer is he’s deciding to blame not being around to save Chloe last episode on God because everything’s his fault and so Lucifer doesn’t feel guilty about it. Yes he’s all about self-absorption again. This means he spends the whole episode deciding random stuff is god’s doing for just lots of random non-sequiters being spouted by him which Chloe has to endure.


So we have lots of investigations over who would want to kill pudding guy between rival companies wanting to steal his recipe and people wanting him not to leave with it and it all being complicated by a merger. Noteworthy elements include Chloe outright asking Lucifer to use his “what do you desire” woowoo - which is interesting to see Chloe outright recognising that Luicifer has magic - can we run with this? Can we finally let her into the secret


We also get a company exec hating on her own sexually exploitive advert.


But mostly we have the return of Charlotte Richards, the woman who Lucifer’s divine mother possessed. She is having a difficult time, trying to convince everyone she remembers the last 6 months so they don’t think her mentally ill, but not having a clue what happened to her while she was possessed - or how she got the scars. She is representing the various suspects in this case and is being pretty obstructive for a murder investigation (I am pretty sure you can demand CCTV footage of a murder and manage to keep corporate secrets removed from it).


This also leads to Daniel getting the cold shoulder, even though he was sleeping with her, she doesn’t remember. Daniel plays wounded puppy and to the confused and informs Charlotte that Lucifer seemed to be the only one who could understand her very confusing ways


Lucifer, of course, thinks Charlotte’s presence is all a ploy and all about him - because everything is all about him. He tests her to see if his mother has returned, he suspects god and he holds on to that belief right until he returns home and finds Charlotte waiting for him. She kisses him. She’s interpreted “you and Lucifer were close” as she was sleeping with the tall dark and handsome one - something in her broken, confused life that would make sense. While Lucifer’s reaction is pretty strong 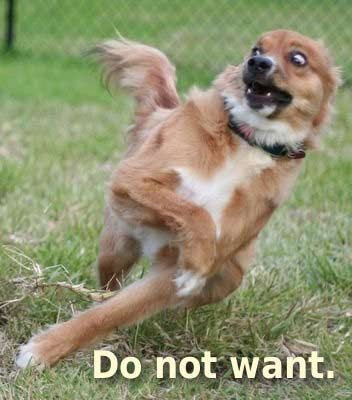 
To which Charlotte cracks. She talks about losing 6 months of her life she can’t explain, about how during that time she lost custody of her kids, she doesn’t even have visitation rights and her whole life fell apart and she doesn’t understand. Lucifer finally drops his self-absorption to see the innocent who was caught up in his family’s machinations


She also didn’t experience nothing while possessed - but a recurring nightmare, over and over which she tentatively describes as hell. And Lucifer confirms - while his mother possessed her, Charlotte went to hell. They both seem to put this down to her morality rather than whether she was just swapping places with her mother. Either way she is utterly determined not to return to hell - to which Lucifer suggests not doing devious and dastardly things


To which she stops throwing up road blocks to the homicide to help them do more investigating. To which Ella shines by looking at the ingredients that were going into the pudding and realising that combined and eaten long term they would actually cause kidney failure. And the dead man was already dying of said disease presumably from eating his poison pudding.


This of course gives everyone more of a motive - hiding the fact this highly lucrative recipe is deadly would benefit everyone. Charlotte explains that having a popular recipe that poisons people may not be bad for the company - if they make hundreds of millions of dollars selling popular pudding then have to pay out a few million in damages then they’re still in profit. She compares it to a car company producing a faulty airbag and then weighing whether the wrongful death lawsuits will cost more than having to recall the cars.


Charlotte realises how evil this is and that she represents all three suspects in this case. She feels guilty by association. It doesn’t help that Ella, outraged by Charlotte’s apparent treatment of Dan, telling her she only sees darkness in her. And this is Ella, she sees light in everyone. Charlotte leaves in a full guilt spiral determined to confront her clients and make one of them confess. At gun point.


But Chloe and co increasingly realise the man wasn’t murdered at all - he committed suicide. Dying anyway, he died in a way that would draw attention to the pudding and the ingredients, insuring a police investigation


Lucifer rushes to Charlotte, who is nearly on the edge of a mental breakdown, to convince her to step back and stop firing guns at people. He declares they’re innocent. She points out they’re innocent of murder, but not of producing and selling poison pudding - which, y’know, not wrong. But he does talk her down. And reassures her that they’ve recorded what they said while she menaced them and are now going to use that evidence to get them all arrested


They recorded a conversation between three people and their lawyer. That’s privileged. You’re going to assert the truth of what they said while a disturbed woman held them at gunpoint. This whole recording as no evidentiary value at all.


After this Chloe decides to sit down with Trixie to discuss swear words and loopholes. And she hits 10/10. Rather than just giving Trixie rules - rules to which she can always find loopholes for - she’s going to tell Trixie why she shouldn’t do something (bad words upset people) rather than just giving unexplained rules. Awesome parenting from Chloe.


While Lucifer goes to see Charlotte who is facing no consequences at all for pointing a gun at people. She’s in her flat which she doesn’t remember buying with a case of wine she never would have ordered just emphasising how her life is out of control. Lucifer feels responsible for her - he’s clear they were close, like family, and he does miss that Charlotte - but he looks forward to getting to know the new Charlotte.
I like this. I really like that Charlotte wasn’t forgotten. I like that, along with Linda, there’s at least some consideration of the mortals who are caught up in the drama that is Lucifer’s life. More examination of the consequences! More consideration of what that means when they continue to keep Chloe in the dark!


Ok, legal hat on, I object. I object to the idea that a lawyer is committing an evil act by representing an evil client. The British and American system of law is adversarial, it requires opposing forces in competition - and, frankly, criminal defence lawyers are already extremely disadvantaged in that competition even without being demonised. The adversarial legal system requires both sides to have legal representation - this is how the justice system works, this is why the right to an (underfunded, grossly over-worked, under-resourced) lawyer is fundamental. The whole system of justice requires EVIL PEOPLE HAVE REPRESENTATION because it is THROUGH representation that we establish their guilt or not. Far too often television presents criminal defence lawyers as a) sleazy criminals, b) terrible enemies blocking the righteous prosecutors/police, c) cardboard cutouts who just sit there through the most ridiculous police interrogations doing nothing. This is damaging. This is destructive. This hits at the very heart of the justice system and destroys the lives of innocent people caught in it


And yes, laws can frequently be terribly written and broken but a) don’t think that loophole thing is THAT common (that’s what judges are for, to glare at you when you try to pull something obviously silly) and b) badly written law or inadequate law is the fault of the legislator, not the lawyer (hey it’s not even necessarily a malicious legislator. There’s no shortage of terrible or inadequate law out there written by a legislator who doesn’t have the slightest idea what he’s writing about)


Also a note on what we’ve said previously about Blink-and-you-miss-it LGBTQ portrayal. Lucifer is one of the vanishingly few shows we’ve listed as having an LGBTQ protagonist - but before and after that one episode we’ve had no mention of Lucifer’s bisexuality; despite repeated casual sexual encounters Lucifer has had: with women only. This episode we saw Lucifer at his flirty best and being enamoured of numerous scantily clad actors posing for an advert - despite there being male and female actors there to ogle he has eyes only for the women. This is the very essence of the problem of this kind of portrayal: it’s not inclusion if you have a single, brief, easily forgotten reference without even a nod after that.