Changes by Jim Butcher, book 12 of the Dresden Files 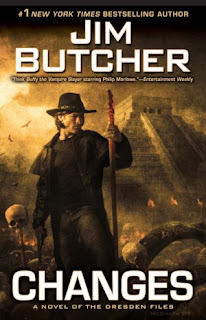