Cover Snark: Who Needs Clothing to be a Badass?

Publishers rely on book covers to catch the eye of readers. We are far more like to pick up the book and read a synopsis, if we are attracted to the cover. This of course encourages publishers to engage in all manner of fuckeries. What is perhaps most astounding about the inexplicably naked or partially naked woman, is that these protagonists are supposed to be strong independent women and yet sex is what is used to sell them to the public and not some other aspect of their being. 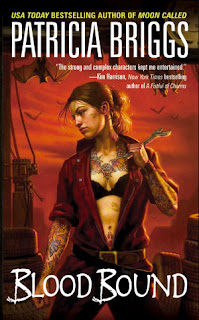 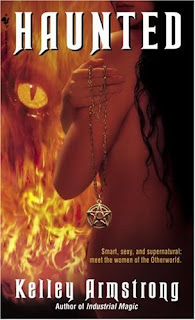 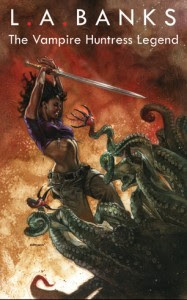 Now, what’s wrong with these pictures? Let’s take them one at a time.

Moving on to picture number two and we have Haunted by Kelley Armstrong - which follows Eve Lavine, ghost, as she follows a quest set by the Fates. While the cover may confuse you, she doesn’t actually do this quest naked. In fact, hanging around naked has so little to do with the plot that I had to double check if I had the right book, but hey, a little naked backside never hurt right?

And on to picture three, L A Banks’ Damali, a vampire huntress and fighter of demons and other bad evil. In a midrift halter top. Because, half nekked is the best way to fight tentacled horrors, don’t you know? Can you even picture any male protagonist going into battle looking like this?

And what unites these? The idea that to sell a story with a female protagonist we need to see as much skin as possible - sometimes to an utterly laughable extent. It’s, perhaps, even more ludicrous that these books are, in general, aimed at a straight female audience but the habit of sexualising female images is so ingrained that the cover artists just couldn’t resist it. The male lens is absolutely universal even when it is in direct conflict with the target audience.

Personally, I’d much rather see Mercedes Thompson fully dressed and smeared with oil (not that kind of oil you dirty minded people and yes, you were thinking it don’t claim you weren’t). I’d rather see Eve Lavine as the great fighter she is, kicking arse not nearly showing hers (in fact there’s not a thing on that cover that remotely makes sense considering the story). And I want to see Damali fighting in, say, armour or at least clothing that gives some protection rather than exposing all that tender tasty flesh to the bitey demons and vampires. In fact, judging by how narrow her waist is, it looks like a lot of flesh has already been snacked on (but not from the breasts or backside, of course).
Posted by Sparky at 9:00 AM