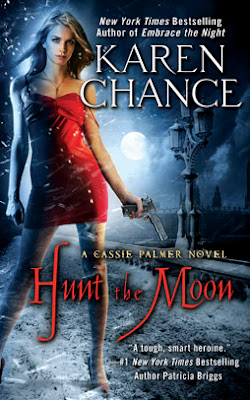 Since Cassie inherited the job of Pythia, the chief seer for the supernatural community, the mages, a faction of vampire rebels and the Gods have been trying to kill her.  After finally killing Apollo, you would think that Cassie would finally be free to be installed in her office without having to worry every second about someone trying to kill her, but you would be wrong. In the scant few months that Cassie has been Pythia, she has managed to remove the corrupt leader of the council, expose the treasonous vampires, kill a God and to be within a hair of uniting the vampire councils globally for the first time ever. In the days leading up to her coronation the effort to kill magnifies and she learns that there is no place that she is truly safe.
For everything that Cassie has been through, she has not learned to think before she leaps. Most of her decisions are ridiculous and it hard to actually support her agency when she battles to remain her freedom for the the vampire council and its senator Mircea, as well as the council of mages.  They all want to control the power of the Pythia and Cassie wants to be respected and have the room to make decisions free of influence.  She hides from her bodyguards and storms into events that she has no place being.  It disappoints me that after five books, Chance's version of a strong empowered female protagonist is filled with the much lamented spunky agency.

In the last book, we got the first real appearance of a character of colour that Chance had invested in.  Unfortunately, in this book Caleb seems to exist to serve White people.  When Cassie is forced to heal the mage Pritkin through sex, revealing that no only he is an incubus, but the infamous Merlin, Caleb keeps his secret on their request, despite the situation that he could potentially put him in with the council, an organization he has sworn to be loyal to until his death.  He is in this book long enough to save Cassie, and keep their secret.  Unlike many of the other characters that we have been introduced to so far, we know very little about him, or his motivations.


Chance has all gone back to an all straight cast of characters.  On some level this is a relief because in Curse the Dawn, the gay characters were drag queens who seemed to exist for the sole purpose of comic relief.  Though exclusion is its own form of oppression, there are times when I wonder if it is not a better option than a failed portrayal.

Just like Curse the Dawn, Hunt the Moon was filled with far too many fight and chase scenes.  It felt like filler and distracted from the plot.  The moment we began to learn something about Pritkin or Mircea, Cassie was immediately thrown into some situation in which her life was at risk.  Other than the fact that this read like filler, it was boring because at no time did I ever feel that Cassie's life was truly at risk and this of course took away any element of danger from the multiple battles. I don't care how talented the author is, putting a character at risk of death, when there is no possibility of the character in question ever dying is boring and shows a lack of real imagination.  The fact that Chance has continually relied up on this device makes me question her commitment to the story itself.

In the moments when Cassie isn't actively trying to stay alive and interacting with the other characters, the story is very engaging.  I am particularly fascinated with Pritkin and find myself wanting to know more about him.  I want to see that relationship grow, even though I know it will cause tension between Cassie and Mircea.  Even Cassie's interactions with the various body guards is fascinating and filled with rich, deep emotion.  This is the heart of the story and not the ridiculous near adventures that Chance continually sends Cassie on.

For me, this entire series is on the cusp of greatness.  There are times when I definitely did not want to put the book down.  If Chance would simply focus on the story itself and stop being side tracked, I feel that this cold honestly be one of the best series that I have read. It really is a shame that Chance has reduced her story to random throw downs when she has created such a diverse world. I want more, but not if it comes with plot devices that strip away from the plot.