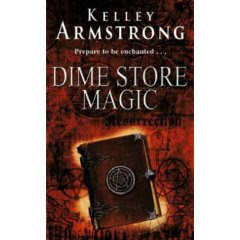 In this book we follow Paige Winterborne, young witch from Stolen who has come home with a major duty – to look after the extremely powerful 12 year old witch, Savannah Levine. An already daunting task to take on with the full disapproval of the Coven elders levelled against her.
But Leah is back – and the half-demon has brought the Nast Cabal with her, determined to claim custody of Savannah. The Cabal’s pockets are vast – but even that is dwarfed by the magical assets they can bring to hand. Legal battles, murdered lawyers, the rising dead and the constant threat of sorcerous magic and Leah’s devastating telekinesis makes for a daunting threat. Worst of all, they take the battle public, accusing Paige as a witch, as a Satanist, as anything they can get to stick and watch crowds of humans and media converge on Paige’s doorstep
Ostracised by her community, abandoned by her Coven, Paige has to handle the full might of the Cabal on her own –except for the altruistic intervention of Lucas Cortez, Sorcerer and do-gooder crusader – with the oddest family connections.
I loved this book. While the last book was, perhaps, a little clumsy in introducing the full range of supernatural beings, this book has been introduced and can now use all the things we’ve seen. We get to see magic, what it really means and what it really involves, we get to see more and learn more about Half-Demons and Sorcerers and Witches and Necromancers, we get history and context and so much more world building – but all of it is fully integrated into the story. No awkward dumping or shoe-horning, no lectures and no convoluted explanation moments. We get to see the world through the story, not it pushed in whenever it can be. I also like that the Cabals, in many cases the big bad of the supernatural world, are not presented as uber-evil criminal organisations. It’s more nuanced than that
And I loved the story, the desperate flailing against the many resources and challenges being thrown at Paige. And Page, confident, strong, determined, panicking, doubtful, overwhelmed – she’s just a perfect character for this role and what she faces. You never knew what was coming next or what new angle would be thrown at them or how Paige would navigate them. And, on top of that, while Paige is, of course, reacting to constant attacks – she doesn’t abandon her own agenda. She doesn’t just run around fighting –she pursues her magic, she works with Savannah and her ritual – she keeps working on her own things. She doesn’t let the attacks completely overwhelm  her life even when it is overwhelming.
Paige is a very real, very authentic character who I like a lot. She’s confident, she has lots of powerful and determined agency, she’s fun, she has a sarcastic streak and she manages it all while being, as she says, a “girly girl” she doesn’t have to be a tough he-man to be a strong woman. She does get overwhelmed, she does cry and despair – she doesn’t have to be super-woman to be a strong woman. And she also has flaws. She is young, she is naive, she is overconfident and she does have that very “I can take on the world” attitude. It’s not Spunky Agency and never reaches that level – but it is the kind of thing we saw from Stolen – a young, somewhat arrogant young woman brimming with self-confidence who, perhaps, needs to be taken down a peg or two and have some hard life lessons.
And she does. From Stolen to Dime Store Magic, Paige gets many rough brushes with reality. From the difficulty of raising a teenaged girl, to the sheer array of problems she has to face holding back the Nasts I do think we get a strong sense of Paige growing in this book, especially after her actions in the last book. This is actually something I think Kelley Armstrong does extremely well – we see characters grow and develop from book to book – age, mature and learn while still being recognisably them. Which is especially good with Paige because I love this character
I also love how Lucas and Paige bounce off each other (and with Savannah). They are amusing, they have their wonderful character quirks and they feel very well. The relationship isn’t forced or hurried, they grow to like each other quite organically and don’t feel the need to have dramatic protestations of love a few moments after meeting. They balance each other very well as equals with equal respect and regard – Paige is in no way secondary in their relationship and they have a really good rapport with each other. Of all the couples in this series, Paige and Lucas is my favourite by far.
Sadly, there is also a kidnapping in this book. While Paige does, rather satisfactorily, rescue herself we’re still seeing a recurring theme of women being kidnapped. There are no marginalised people in this book either, making the book depressingly erased.
To me, in many ways, this is the book that starts the Otherworld series. The series has been introduced and set up before it, but this is the book that launches it. (And as with the previous book, I'm using an image of the UK cover for this one - because I can't imagine what the publisher was thinking in the US)