Urban Fantasy: Escapism When the Real World has too Many Minorities 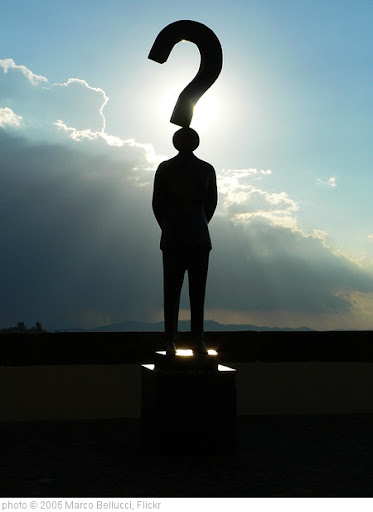 Erasure is one of the more prevalent phenomenons in urban fantasy. Many times we hear the excuse that because a book is set in a rural town that the percentage of the population comprised of historically marginalized people is so insignificant as to make inclusion pointless. We want to make it utterly clear here that this is not an excuse either and any erased book can be extremely damaging. Inclusion is never pointless, and even in rural areas, marginalized people live and prosper.

When the story moves from a rural area to a larger city, there is even less justification for exclusion and, at times, it becomes nothing short of farcical. If you have a story and choose to set it in a place like Toronto, Chicago, Atlanta, Las Vegas, San Francisco, New York, Vancouver, Montreal, London, Manchester, Brighton etc., population demographics quite obviously indicate the presence of historically marginalized people.  To some degree to read and enjoy urban fantasy, one must suspend belief, however to be expected to just accept that marginalized people don’t exist is not about suspending belief; it’s an exercise in privilege.

Atlanta appears in several books and series, it’s one of the Urban Fantasy hubs we’ve noticed. Now, real world Atlanta has a whole lot of POC, and specifically a large African-American population. There are also a significant number of GBLT people, yet on The Walking Dead, we are presented thus far with complete GLBT erasure and two token men of colour. This is made problematic because we are dealing with dystopian fantasy and this then suggests a genocide.  Ilona Andrews’ wonderful Kate Daniels’ Series? Again, token inclusions. What happened? Do zombies love the taste of black people? Did the magic wave decimate GBLT people and POC?

Las Vegas also makes a regular appearance in Urban Fantasy - Vicki Pettersson’s Zodiac Series is entirely in Las Vegas and how many POC? Well, in the real Las Vegas, that would be more than half the population. In fiction? Let’s just say you won’t need to use both hands to count - and you don’t have to worry about holding your breath for their complete screen time.


Chicago also shows up on a regular basis in Urban Fantasy - Jim Butcher’s Harry Dresden Series, Chloe Neill’s Chicagoland Vampires, both set in Chicago, allegedly. Never mind that Chicago is only 40% white - the POC are few few few and even farther between. And don’t look for the GBLT people.

Caitlin Kittredge’s Black London follows a truly bemusing city - firstly it’s empty. And if there’s one thing London is not, it’s empty. But it’s also extremely straight and white - this is a London I can’t even picture, a city where only about 60% of the people identify as White British and it has been a centre for GBLT culture since time immemorial.

Lyndsay Sands has her Argeneau Series set in Toronto, which is one of the most diverse cities in Canada and there are no people of colour and no GLBT people.  I wonder if she is aware that Toronto has one of the largest of pride celebrations in the world with 1.2 million people in attendance and one of only eight designated city of Toronto events. Sands also doesn’t have a character of colour when the story is set in Toronto.  To prove how ridiculous it is, have a look at the following stats:
Sands turned my beloved Toronto in a White haven that does not resemble the city in the least.  Sands didn’t even bother to throw in a token to claim even remote inclusion. Part of setting the stage for a book, is making the reader believe that the world you create actually exists.

These are just a few examples - and sadly, it is a few because we had so many to chose from here that the post would have just been one very long list. These massive cities have incredibly diverse populations. We can walk down their streets and see a plurality of races and a wonderful range of GBLT people - but we get to our escapist literature and we’ve suddenly moved to the straightest, Whitest places imaginable. We’re not going to say how damaging this is, we’ve already done that as well as the implications of it. But we do want to see how prevalent this erasure is - to such a degree that we look at actual cities and wonder where we are. Even where we do have a large community, we are excised from the pages - our populations removed, our presence sanitized for the sake of straight, white readers and viewers.

We say again, erasure is never acceptable and never an excuse - but this just shows how ridiculous it becomes in the quest to render us invisible.
Posted by Renee at 8:45 AM