The Problem With Paid Reviews and Self Pubs 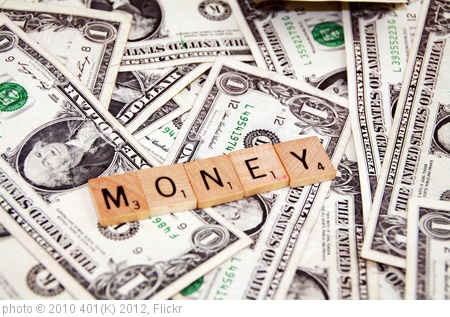 We’ve spoken before about reviewers charging for book reviews - as well as guaranteeing positive reviews - and the many reasons why we consider this to be both unacceptable and damaging to online reviewing.

And I don’t think we can discount just how very important reviewing has become, especially as e-books become more and more dominant in the market. Increasingly, we’re no longer going into a book shop and buying books, speaking to book clerks about what would be the best choice (assuming we ever did) or being able to physically pick up the book and skim through it to see if it suits us.

There are many things that have tried to replace this - but a synopsis, blurb and even an excerpt are often carefully chosen to show the book in the best possible light - quite possibly a rather inflated light. With the huge and wonderful proliferation of authors out there - with mainstream presses, indie presses, small presses and self-pubs, I don’t think we’ve ever seen this many choices when picking a book to read. So how do we make that choice?

Well, other than the word of mouth of people we trust, a lot of that choice is based on reviewers (which is, in effect, more of the word of mouth from people we trust). I cannot count how many books I’ve started reading now - especially new authors or e-books - based on an online review from a person I trust. But trust is the key here - and reviewers selling positive reviews undermine that trust not just for themselves, but for all reviewers.

From our point of view, being a Social Justice blog as much as a review blogs, we also believe it is vital to review the genre we love to ensure the problematic portrayals and erasures are called out - and the gems we see where they author gets it right are duly praised. Again, we feel this requires trust and it requires honesty - we already have a culture that habitually excuses even the most extreme forms of prejudice and the most awful portrayals - to be dishonest about the problematic or prejudiced portrayals in a book is to contribute to that dismissal.


So when we read in the New York Times of a reviewer who was selling reviews and making a considerable amount of money doing so, we were less than pleased and condemned him unreservedly. Reviewers will be tainted by his deception and both readers and reviewers are harmed by it.

The sad part about all of this is that the comments on both the N.Y Times piece as well as an article on Salon suggest that this is to be expected due to the supposedly low quality of indie books.  It was repeatedly suggested that this sort of paid review is a way of scamming the consumer and this attitude shows ignorance of how publishing really works. The bottom line is that even when a book is professionally published, there is certainly some sort of quid pro quo when it comes to publishing and yes, paid reviews as well. Sometimes they are tied to things like advertising in a magazine or newspaper and then of course there is Kirkus, which simply demands its 500 dollars upfront. Very few reviews actually appear without some kind of incentive. In our case, we ask only for a free copy of a book, but for many, a copy of the book in question would not be enough to merit a review, let alone a good review. One of the good things about online reviewing culture is there is already an established disapproval of selling reviews or promising a positive review.

Reviews are a way of creating buzz about a story and, to be fair, most indie authors don’t have the money to invest, though from reading the biased articles, one would be led to believe otherwise. It is also quite upsetting that Indie authors are falsely portrayed as some kind of homogenous whole, a single entity; it makes me wonder if people actually know the definition of the word “independent”. The very fact that they are called independent authors should indicate to someone even with the most basic reading comprehension that there is no community cohesiveness. Furthermore, just because John Locke managed to sell one million e-books this way, does not mean that this is a strategy employed by every single indie author. I think if we are all honest, we would consider that even if the author were to buy reviews to get attention, when they did finally reach the point of receiving legitimate reviews, if their work is shit, the comments would reflect that, furthermore; they would not be able to sustain sales beyond what they paid for. Buying reviews do not ensure a protective bubble. There can be no greater example of this than Victoria Foyt’s Save the Pearls. Her book won an award, which many considered bought - but as soon as her work received widespread attention, it was largely condemned.

Frankly, we understand why some indie authors seek to buy reviews - simply because it may be their only way to gain that precious review. The sad thing is, while there are many gatekeepers in publishing (which we have spoken about before and why this can make self-publishing or indie publishing the only realistic option for an author), we are increasingly seeing the same gatekeeping in reviewing.

Ultimately, if access to reviews, especially as we see reviews being more and more important, is restricted, it shouldn’t surprise us that at least some of these authors resort to any means necessary. People have always sought to step around gatekeepers - the very basis of Indie Publishing is based on this, after all. So while considering - and rightly condemning - these reviewers selling reviews, we need to also consider the forces that push authors to use their services.
Posted by Renee at 9:00 AM