Fangs for the Fantasy Update 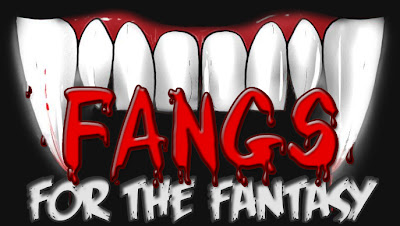 I’m adding another note to remind everyone that our podcast is still cancelled due to major health badness.

Renee continues to recover, though she finds hospital stay extremely frustrating (more get well moose are needed!), I’ve spoken to her repeatedly and it looks like we’re heading in the right direction

She’s told me that we should be able to do the podcast again on the first Monday in August (that will be the 5th). Because at that point if she’s still in hospital I have 2 instructions:

I am to come up with a cunning plan to help her escape, possibly by building a tunnel or sending her a beaver with a file hidden in it.

I will have to arrange for a clean up crew to try and hide the bodies of the many poor people who tried to stand between Renee and the exit.

In the meantime she is doing her best to heal, recover and establish a smuggling network, moving illicit contraband goodies to patients who are not supposed to have them. By the time she’s out, she’ll be used to using ketchup packets as a currency; in the same way tobacco is used in bad prison dramas. And don’t even think of muscling in on her salt racket! She will cut you.