Nathan Branford, Stop the Goodread Bullies and the "Abuse" of Negative Reviews 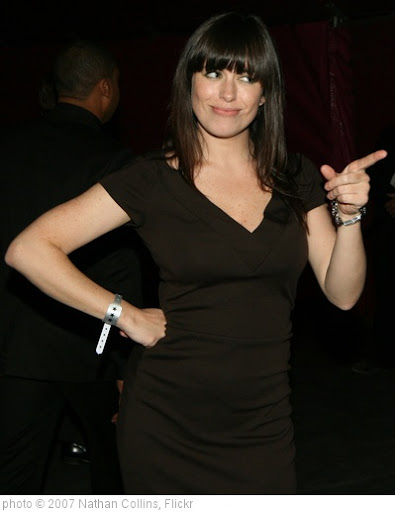 So we have to visit this drama yet again, as someone else has leaped up to defend the poor, persecuted authors from the deadly peril of not being universally loved by all reviewers. The horror, oh the horror these authors have to face.
Nathan Bransford is the new author, champion of the “bullied” and “dehumanised” authors who suffered the dreaded pain of a negative review. This is a link to his post, but it is being repeatedly edited, updated and twisted to try and remove the hot mess in a series of backtracks that don’t include any admissions for being wrong so I have no idea what it will say by the time you click that link.
There’s a lot wrong with this post – but in particular, what I found disturbing about Nathan Bransford’s post was that the reviews he singled out as “bullying” were anything but. They were critical, certainly – but none of them crossed the line into attacking the author.

I’m also going to take a moment here to say that I don’t even think that’s a hard and fast line, especially when it comes to awful minority depictions and how authors react to criticism. I have, for example, zero compunctions about calling Victoria Foyt, author of Save the Pearls, a racist, for example not just for the awful racist book but also for the racist way she reacted to criticism of that book. By their words you will know them and all that.
But these reviews didn’t go that far. In fact, they refused to cross a line that Mr. Bransford was quite willing to cross – he was the one who resorted to personal attacks, calling them “bullies” and even accusing them of “dehumanising the author” – this author they never once mentioned or addressed. This morning I stubbed my toe on my bedside book shelf (damn moved bed) and I cursed that shelf in the most extreme and vituperative of terms – I guess I just dehumanised a carpenter? Is that the standard we’re reaching here – where criticising someone’s product means removing their humanity?
I object, I object most strongly. I object to this insulting terminology when we are seeing repeated news reports of kids driven to suicide and self-harm by bullying. I object to this revolting interpretation when we are seeing hate crimes and murders soaring in places as far as Russia and Jamaica and still very much on our doorsteps because of dehumanising laws and rhetoric against marginalised people. I object to him calling these reviews “abuse” when so many suffer so much agony and lives are destroyed by actual abusive situations. I am physically revolted that Mr. Bransford is invoking these situations with his word choice to try and silence critical reviewers – it is offensive, it is repellent and it shows a shocking lack of even the slightest perspective.
But back to the reviews themselves - they were critical of the book – quite scathing about it, in fact – and vehement in their dislike and all the things they found wrong with the book. They were sharp, honest reviews that did exactly what I expected them to do – they gave me a solid impression of what the reviewers thought about the book and why. This is everything I think a review should be – in fact they were excellent negative reviews which we’ve said before is a good thing; everything about their rating and opinion was explained, they gave their opinion and enough information through which I could decide whether I agreed with it or not. In fact, because they were well written negative reviews including analysis and reasoning behind it, they have already prompted one person to buy the book, intrigued by what they described.
As for the “harshness” – I applaud it. If anything there is far too much sugar coating of some real problems out there. There have been innumerable times I’ve picked up a book that has a series of scrappy, or emptily praising, five star reviews and ended up with a story that feels like some kind of masochistic endurance trial to actually finish. I have seen reviewers out there who have never given a book less than three stars – and I pass right over them, what is the point? If a reviewer thinks everything is good then I cannot trust them to tell me if anything is actually good.


But I also applaud the vehement criticism because of another common thread in these reviews that Mr. Bransford chose to showcase: they all called out misogyny. Reviewers – and society in general – are all too quick to give prejudiced or damaging portrayals, that’s why there’s so many of them, that’s why we have so many Friday Discussions. We cannot fight against the constant sexism, racism, homophobia, ableism et al in media – in any media – unless we’re willing to actually acknowledge it exists and criticise it when we find it. And, yes, that means being cutting, that means being passionate and that means being angry – because these tropes and portrayals are worthy of anger. They matter, they hurt people and they shape our culture into perpetuating ongoing societal injustices. They teach marginalised young people to internalise messages about their worth, what they can expect from life and what they should endure and tolerate, they teach privileged people what they can get away with, what is acceptable behaviour and how they should treat people. It is vital that we critique this in the strongest terms or it will not change – and we will continue to unquestioningly absorb the messages presented.
I applaud these reviewers for rejecting sexist tropes so strongly. Too many people swallow them uncritically, too many people sugar coat them and too many people reject and silence any attempt to criticise sexism - or any prejudice.
I look at Nathan Branford selecting these three reviews, by women, calling out sexism, out of all the reviews on Goodreads as examples of “bullying” and I can’t help but see this as part of that silencing. It is a common reaction to silence women whenever they raise dissent - especially when criticising sexism; it is dubious in the extreme to see a man criticising three women for daring to speak up about sexism and not seeing the patriarchy at work here. Women are supposed to be nice and quiet and part of the Sunshine Sisterhood of Perpetual Niceness. It is a depressingly common tactic for privileged people of all stripes to silence marginalised people by co-opting the language of oppression - including bullying. As well as accusing marginalised people of aggressive/mean/angry/hostile/militant/etc.

It is truly impossible to miss these implications - after all, if he is presenting a “bullying culture” on goodreads, surely he had more examples? Either there is no “bullying culture” and/or he felt the need specifically to attack female reviewers challenging sexism.
Which brings us to another of his complaints. When commenters on his piece pointed out just what STGB site is and what it does, Mr. Bransford went on to lament how it has derailed the discussion and distracted from the point he was trying to make.
I’m going to extend him a ridiculous benefit of the doubt and assume he truly didn’t know what STGB was before he invoked them. This means he linked to the site without googling them (after the site itself, the next 3 results on google are all sites exposing STGB’s activities) and he didn’t even read the site and is, in fact, completely ignorant of their activities and activities of people like them in the greater book blogosphere. I’m going to take a leap and extend that doubt
Of course, I question why anyone with such monumental ignorance about something so well known was even commenting on the subject. I further question the intentions of him writing this piece without the slightest, tiniest bit of research into what he was talking about or the people he was supporting.
But, even without him invoking them, STGB ARE part of this debate. You want to talk about bullying and attacking on goodreads? You want to talk about reviewer and author culture in the bookosphere? Then how can STGB has to be part of the discussion. How can they not be? In a sphere where we have a site revealing personal details of critical reviewers, revealing reviewer’s real life details and locations and trying to cause real life problems for them and their families not be part of a debate on bullying in goodreads? In a discussion about attacking reviews, how can a site that attacks any and all criticism of prejudiced portrayals, that calls a reviewer an alcoholic and a bad mother NOT be part of the discussion? When we have authors blowing up in dramatic rants at any criticism and even big name authors calling in their fanbase to dogpile a reviewer, how can that not be part of the debate? When we have absolute trainwrecks like the One Voice debacle, or the Lauren Howard drama, how can these NOT be part of the debate?
How can any of this be a “distraction” from Nathan Bransford’s point about bullying and silencing on Goodreads? Because they all seem awfully relevant to me, they all show attacks and silencing and behaviour that is reprehensible to say the least – and they certainly fit the label of “bullying” far more than the reviews of three reviewers who had the temerity to criticise sexist tropes in a book they didn’t like. How are they not on topic? How are they are a distraction?
They’re a distraction because they do not fit the theme of “poor authors being persecuted by the big, mean reviewers”. They’re a distraction because they do not help in presenting authors as victims. They are distracting because their presence makes it hard to tell reviewers how awful they are and how they should stop and go away – or be nice and fluffy and not “dehumanise” authors with their critical reviews (oh, sorry, I mean “abuse”).
They’re distracting because they don’t aid in silencing critical reviewers. Which strikes me as a very strong potential motive for not researching them – or completely ignoring their behaviour – in the first place, even while invoking them. Especially when you consider that the reviews he selected as
To the reviewers he singled out, I take my hat off to you, you do great work and you deserve a lot better than being labelled “bullies” and accused of “dehumanising authors” because you had the audacity not to like a book and the will to challenge sexist tropes that so many swallow unchallenged.

And to those trying to make reviewers shut up and play nice – you keep trying but it’s not hard to see through what you’re doing.
NB: I am not linking to the reviews or reviewers in question because Nathan Bransford linked to and spoke in support of Stop the Goodread Bullies. Since the people behind that site have a track record of tracking down real life details of reviewers, publishing it along with their families and even their daily routine so they can be easily intercepted, I will not aid in making these reviewers even more of a target than they already are.