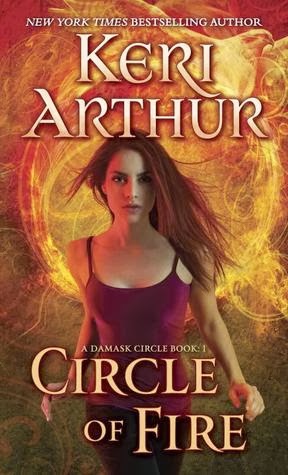 Maddie is hiding. She spends most of her life hiding, after her abusive relationship was finally ended when her disturbing power went terribly out of control.

But now she’s being haunted – well, maybe, the ghost claims he’s still alive and he needs Maddie’s help – if she will just leave the house. Eventually forced when her own family becomes a target, Maddie has to confront her powers, rebuild her sense of self and find her courage in the outside world to save the lives of kidnapped children, including her own nephew.

But that outside world is more complex than she ever imagined – and Jon himself, the very very real ghost – definitely complicates matters and Maddie’s wounded feelings.

I am going to struggle not to “not bad” this book to death.

What do I mean by that? Well, take the romance. The romance is apparent almost from the very beginning of this book. Maddie and Jon see each other and there’s instant chemistry – which isn’t bad, even if it is rather overwhelming – which is heavily spiced with lots of describing how attractive the other is – but it’s not nearly as overwhelming as it is in other books.

By the end of the book, the two are madly in love etc etc. They’ve known each other for about a week. A week and they now cannot live without each other. A week in which they’ve never really spent any true social time, concentrating entirely on the mission. They are, effectively, strangers but at least the true love forever doesn’t hit until the end of the book. Jon tries to seduce a woman for information on kidnapped children as he has done dozens of times before and Maddie gets jealous for no reason – but her snappiness over it doesn’t last and she quickly gets over it (especially when he reveals he just couldn’t do it because he can’t stop thinking of Maddie – ugh). Jon is ridiculously protective of Maddie – but it stems from her own inexperience and vulnerability that isn’t entirely unreasonable and she fights against it repeatedly. Jon tries to drive her away for her “own good”, but at least his behaviour was limited to distancing himself from her rather than active cruelty. She’s struggling to control her powers and learns under his guidance – but at least part of that growth comes from her own emerging confidence and strength

And this really sums up the book. We hit a lot of the old tropes, a lot of tropes that are either tired or problematic or both – but all of them are handled as well as it is possible to handle them. It sounds like terrible praise but my constant refrain is “this could have been so much worse.” That doesn’t sound like a compliment – but it is. These tropes and clichés were handled, if not necessarily well (I don’t think anything could make me like them) then at least with a careful restraint to prevent them truly destroying the book or at least making the story more irritating.

There are also some very good elements – including some very good commentary on domestic abuse. Maddie has an abusive past – physical and emotional (this does feed the trope of a woman with little or no sexual experience and what experience she has is truly awful). She has been left with a lot of fear, a lot of doubt and very little confidence due to the scars left by it as well as the doubt she faces due to the steps she took to protect herself – people both don’t understand her fear and judge or pity her for it. But her sister as well serves as an equal example of emotional abuse; even in a non-violent relationship it’s still clearly abuse as her sister is forced to change her behaviour and often live in fear of her husband finding things out.

The depiction of how the experience can affect you is very strong but is also coupled with Maddie’s evolution as a character. She isn’t saved by the love of a big strong man – she grows stronger through the need to step up to rescue her nephew. She becomes stronger and more confident because she needs to save the day, because there’s an innocent life relying on her and because she cannot sit back and leave it to others who may fail without her skills. She finds her own courage and her own confidence; it is not conjured in the magic of true luuuurve which I really appreciated.

The story itself is a decent… investigation in a classic Urban Fantasy sense. That means absolutely no investigation, just relying on woo-woo to identify the bad guys and then a fair amount of tension, drama and action as the two sides circle each other, fight, escape, evade, search, fight some more. It’s not a procedural or an investigation by any stretch – but the story doesn’t bog down or break without either character actually doing anything to find the children. They keep moving, they keep working, they keep fighting; perhaps a lot happens over the course of a week, but it feels neither rushed nor slow.

The side issues in the book are handled really well as well; Maddie’s growth, her history, the romance, Jon’s angst, the world building – none of it is allowed to occupy so much space that it pushes the core story – finding and saving children – out of the picture. The priority is constantly maintained – as it should be (it’s terribly hard to see protagonists as good guys when they decide to take time out for hot sex when there are kids waiting to be rescued).

The big bad is that most evil of things – a terribad sexual woman and there are no memorable minorities of any stripe that come to mind. This isn’t a book for inclusion, alas.

So where does that leave me? It leaves me with a review that seems to be full of apologetics, listing things I didn’t like about a book then trying to counter it constantly with an “it’s not that bad.” Which is true – but somehow manages to sound more condemning than if I’d cussed it out from the first paragraph. But it is a good book, it’s a solid book – is it pinnacle of the genre? No. Does it have a whole lot of tropes? Yes. But they’re done in the best way possible, nothing is truly vexing and the whole book is actually kind of fun to read. More, it’s a very solid introduction – and very clearly the first book in a series. If you didn’t know the world (and it shares the same world as the Nikki and Michaelseries) it lays a solid ground work for it. We’re introduced to Jon and Maddie, we know their histories, their basic personalities and all with a decent story to keep the book interesting. We’re now set to go anywhere with these characters – on that score, the book did an excellent job