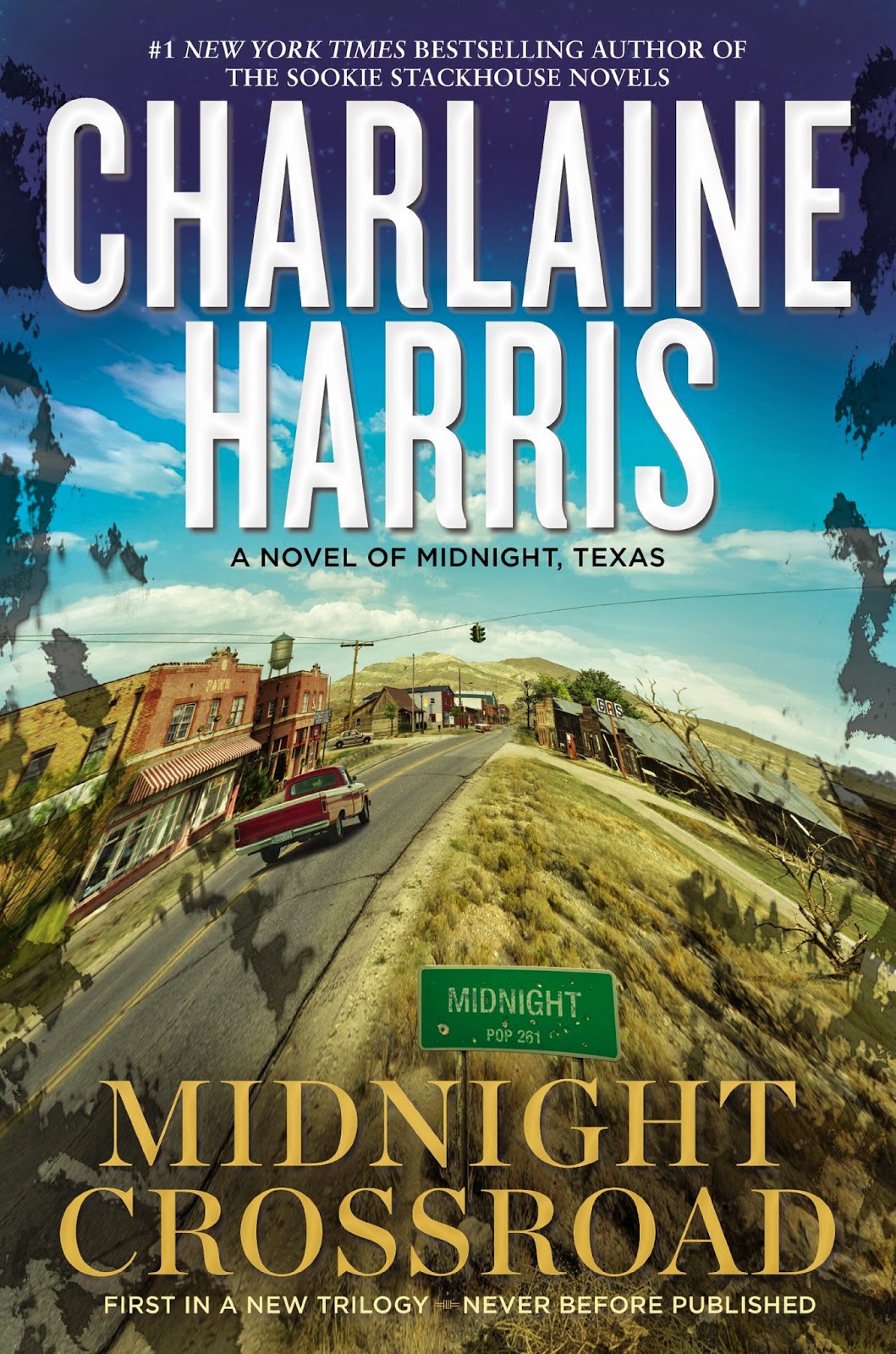 Midnight is a quiet town like no other, in the middle of rural Texas, with few people passing through. It’s a quiet place, an insular place, a place where the few inhabitants have each other’s back – but keep their secrets to themselves.

Manfred is a new inhabitant to the town and quickly finds the secrets run deep and there is far more than he imagined. Some of these secrets become exposed when a body is found…

This book shows Charlaine Harris’s main strength from the very beginning. Charlaine Harris has a great talent for truly describing a place, really getting a sense of what the town of Midnight is like. But it’s not just the place, Charlaine is extremely good at describing a community and how they all relate to each other. Even really small or background characters are fit into the overall community and the characters that make up the location.

This especially works with this series because it is such a small community as well as the very nature of the community. It’s interesting to see how close and supportive everyone is of each other, while at the same time following Mightnight’s unwritten rules – complete acceptance and not asking any questions. It’s a town for the misfits and people who can’t find somewhere to fit in anywhere else and this is really well presented – not with everyone having to be freaky or weird or odd to stand out – but just this really subtle way everyone’s secrecy has been woven into the community to create a set of unwritten rules that no-one ever has to overtly say though they’re always clearly understood.

There is a problem with pacing. This is the first book in the series and there’s a lot of introduction and description including a lot that probably isn’t necessary. A lot of the earlier part of the book is taken up setting the scene with rather more excessive detail than is necessary that clogs things a little. Especially since it seems to be a while before anyone actually gets involved in any murder investigation (though I did like the moment when Manfred questioned why they’re investigating at all since none of them are police). This slows down the general mystery as well for some time – which is a minor element of dissatisfaction along with a completely unpredictable ending.

One thing the book has is a separatist, white supremist, racist, misogynist, homophobic group. The depiction is pretty good – they’re not soft peddled or excused, they’re a repulsive as you’d expect. But they’re repulsive without the need to turn them into outright cartoonish caricatures, some of them are very very human and even nice (so long as the person they’re being nice to is a nice White Woman) but the hatred is clear. A nasty bigot doesn’t have to be frothing, they can be surprisingly pleasant people – but they’re still repellent bigots.  It also brings in some nicely weird things happening like the whole Sovereignty Movement and the bizarre actual belief that people can set up personal and pseudo states basically by claiming they have. It was pretty well done managing to revile, mock and depict these people as the danger they are. But also make it clear they are not the only sources of bigotry and people shunned the POC or gay people without being part of the hate groups.

We have a number of female characters and while some could do with a lot more development – like Creek (who was cast as the protagonists love interest for a long time) and Madonna; Olivia is typically strong in that woman-as-weapon manner but not much more too her. But Fiji definitely has a number of layers, strengths and vulnerabilities and complexities as well as some interesting thinking – she’s a fun character to dip into her head.

I want to love the gay couple in this book and I ALMOST do. They’re not awful, they’re not major but they’re there and they’re pretty present and there’s minimal homophobia and what there is is presented as exactly how vile as it is. Which is great! Lots of ticks here, I have to emphasise this, this is a characterisation which was extremely good… except… they run a combination Antique shop and Nail Salon – in the middle of freaking nowhere (which is the whole point of Midnight). I just… can’t even see these businesses together – honestly, if they weren’t in Texas I think they’d be running fingerskating lessons as well. It was like – oh so CLOSE. I also didn’t appreciate Manfred’s little gay panic moment of Lemuel.

There was also a really large number of POC, Latinos and Black people, they’re there, they’re presented and they permeate the story which is excellent. And, again, any racism in the book is justified by the story and nicely challenged. I think I would have liked to see more of Madonna than her just constantly cooking in the diner (nor did I think describing her afro needed the adjective “aggressive”)

The end. And I’m going to talk around this not to spoil, which is hard so this may be quite difficult to follow. But there is a serious perpetrator of a serious crime in the town. They find this out and their guilt is certain. This serious criminal is certainly dangerous and has a past record of being dangerous – but he’s also completely and utterly human. Completely. Not only human but he is an especially vulnerable human. He is dangerous because he has a mental illness, he’s a sociopath.

And they kill him.

There is zero reason why the mortal authorities cannot handle this criminal. There is no reason they can’t be locked up in a mental institution or otherwise dealt with in a court of law. Instead they – and by “they” I mean pretty much the whole town - murder this person. And this is just after we had a long lecture about being restrained in their actions against some violent White Supremists. You take the moral highground with the damn Aryan Nation but not some person who is ill and helpless? Then they all go off and get all JUDGEY over one of them telling lies to them all. Lies? They just all killed someone but lies – rather reasonable lies at that – are bothering them?

There’s another element I didn’t like with the murder victim – she is described as being flirtatious. And, exact quote: “Aubrey was daring the world to kill her.” Which I find rather troublesome to say the least, especially since this seems to be connected to her death – and because I’ve read Charlaine Harris’s Poppy Done to Death which had similar elements.

On the whole, I am intrigued. This place is an interesting setting, we have a well created cast for this unique location which now has a lot of depth and a lot of texture. We have a foundation here for a lot more to come in the future, which intrigues me and draws me in. I look forward to seeing more.

And I love the cat.