In Fiction, No-one is Forced by Circumstance 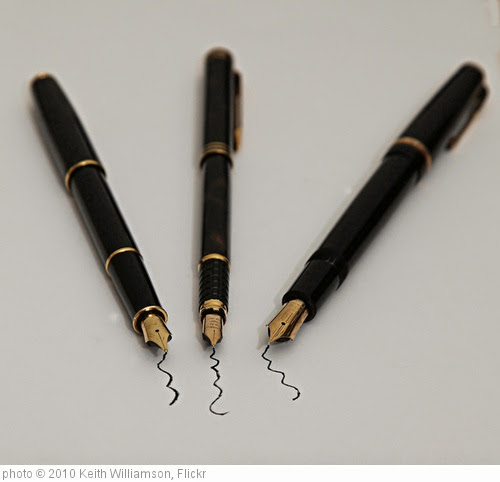 When a book or TV show is fiction, it’s made up. Everything within it is created.

I can see your bemused expressions now - why have I started stating the obvious? Well, by a lot of the excuses people make for various issues we criticise in books, it feels like some people aren’t grasping it.

In particular, this happens when we describe a character as being problematic in some way - maybe they’re a stereotype or trope, maybe they have bigoted attitudes, maybe their relationships are a hot mess of problems, maybe everything’s just a wall-to-wall hot mess. But we describe the problematic issue and someone counters “but X forces them to be/do/think that!”
But this forgets that “X”, whatever X is, only exists because the author put it there. The author isn’t a historian presenting their research, or an anthropologist loyally relating their observations. The author is the storyteller, the author is the one who built this world, every aspect for it, and if they have created an element that “justifies” some prejudiced, bigoted or problematic element then that has been their choice to do so. We cannot pretend or act like this is out of their hands.

There are so many examples of this - let’s take werewolves. Female werewolves are often super-duper rare - making the few female werewolves highly desirable and hunted by the male werewolves (like Elena in Kelley Armstrong’s Women of the Otherworld) or making female werewolves so rare they have a very male dominated cast (Patricia Briggs’ Mercy Thompson Series) or there just cannot be female werewolves for REASONS - which are probably related to werewolves being so traditionally masculine and aggressive and hairy (Eileen Wilk’s World of the Lupi series, Gail Carriger’s Parasol Protectorate series).

The scarcity of female werewolves is used over and over as a justification for women living in a sea of men, or for women being super-precious and hunted or needing lots of aggressive “protection”. It’s not a trope! It’s just the rarity of women! It’s just how werewolves ARE!

We see this repeatedly when supernatural Alpha Male “heroes” are aggressive, violent, angry, “protective” and controlling, the excuse is usually that this is part of their nature. Werewolves are possessive and violent. The vampires latch on to their mates (in the Black Dagger Brotherhood) or can’t control themselves (Twilight). There are any number of abusive tropes that are justified because the man gets a supernatural pass - the abusive nature is part of their werewolf/vampire/weremanatee nature.

These creatures are not real, these creatures do not have to be this way. Their natures are conscious choices on the part of the writer and, as such, cannot be a “get out” of tropes they embody.

While supernatural creatures are a classic example, we can also see a lot of similar excuses arising from the cultures created in the books.

Again, Patricia Briggs’s Mercy Thompson series has the werewolf pack that is deeply misogynist and homophobic. Cassandra Clare’s Mortal Instruments Series has a homophobic society. George R R Martin’s Song of Ice and Fire has a society that is such a hot mess of misogyny that I don’t think they have any industry other than prostitution. It’s the first society ever whose economy is entirely reliant on war on sex-work. Again, all of these cultural bigotries are choices of the author - these are fictional societies, subcultures and often entirely new worlds with new religions (and dragons); there is nothing forcing the bigotries of our world onto their societies beyond authorial choice.


That’s not to say there can’t be a reason for the author to create these worlds - in the same way there can be a compelling reason to portray bigotry - but don’t act like the bigotries of these societies are inherent or required and beyond the author’s control.

Supernatural creatures and societies are big examples of these excuses, but it can happen on a more personal level as well.  A perfect example is the female protagonist who hates most (or all) of the women around her - leaving her with only male peers.
This is a classic and the eternal response to this is that the women around the protagonist deserve her scorn. And it’s often true. Anita Blake is surrounded by women who are spiteful, sadistic, jealous (oh so very jealous) and otherwise unpleasant. Charlaine Harris’s Sookie has a vast number of women around her who have either failed her, betrayed her or are just nasty nasty women. We’ve already mentioned Mercy Thompson and Adam’s ex-wife. The awfulness of these women is used to justify why the protagonist hates them; but, again, the awfulness is created by the author. These are not real women, these are not real relationships - their nastiness has been created and that doesn’t make the protagonist hating all women around her less problematic.

And this is just one example. We see multiple examples of personal woo-woo or side characters or situations being created to try and justify problematic elements. Harry Dresden got the Winter’s mantle to “justify” his rapey thinking. His brother Thomas has a whole White Court thing going on that ultimately “justifies” his girlfriend Justine having sex with another woman while he watches.

Or is your protagonist strong and independent and doesn’t want to move in with the love interest or is refusing a body guard? It’s ok, she’ll be conveniently attacked or her home destroyed or her home attacked - and her resistance crumbles. But she’s not giving in! She (Anita, Mercy, and so many more there’s a lot of women “forced by circumstance) is just adapting to a random event that happens to put her in the situation she was avoiding - an event which, yes, was created by the author. Before you know it, Mercy has CCTV in her garage for her own "protection".

This can even go so far as to force a female character into sex - Anita having to feed the Ardeur - or Karen Chance’s Cassandra Palmer having to have sex because she’s the Pythia. Again, this situations, these powers are deliberate choices - not random events that just happen to the characters.

A different variation of this is the “they’re just like that” excuse for various stereotyped characters. For example, the tropes that dog Alec in the Mortal Instrument Series, the unfortunate implications in Forever Girl both met with the excuse that these tropes don’t happen because the characters are gay - it's a pure coincidence that their portrayal happens to perfectly match several damaging tropes. It just happened to the character! The same applies with the idea that the Artefact that made Steve a caricature had nothing to do with him being gay (no, really, people argued that) - no it’s all totally a coincidence! What can the writers do if these things just happen to a gay character, or a gay character just happens to be like that?

Again again again - they are not real. These characters are created and these specific tropes are applied to them. Again, it’s all a creation, it’s all a choice, it's not a random coincidence; these aren’t events the writers are reporting, they are stories, world and characters they are creating.


I could go on for pages and pages of examples, but it is a surprisingly common hurdle when discussion problematic elements in books and TV shows. Too often, it’s easy to see the protagonist as the author’s avatar and everything else around them are things that just happen to them. The other characters are outsiders, out of control, the world setting is what they have to live in - and if, sometimes, that causes the protagonist, side characters or setting to be problematic, well such are the forces of the universe. But it’s a hollow excuse and one that quickly falls apart when scrutinised - a problematic character or action is not justified because of a problematic world setting; all are under control, all could have been changed, all were chosen.
Posted by Sparky at 9:00 AM