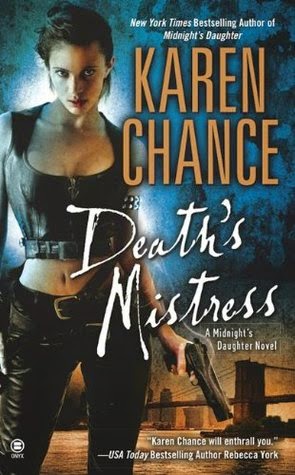 Dorina is doing more and more missions for her father, Mircea, senator for the North American vampire council. Of course, being a vampire, her father, and extremely ancient he keeps far too many secrets – including the true nature of her latest task and the powerful artefact at the heart of it
A task that also drags in Louis-Cesare, who has his own political machinations caught between two senates
And then there’s Dorina’s best friend Claire – bringing a whole lot of lethal fae politics and her fae child with her.
This world has so much happening in it and it all comes into play in this book. The mages, the fae and the vampires all play varying role (focusing on the vampires but there’s a huge fae involvement). We have lots of political machinations from the world that has been completely upset by a huge ongoing war. I really like that each of the supernatural beings presented has a sense of culture – and not just a sense of culture but a sense of multiple cultures and factions rather than them just being homogenous groups.
I also love the sense that there is a lot going on beyond what Dorina is aware of – that great feeling that the world continues without her and doesn’t focus on her just because she is the protagonist. A lot of worlds seem to disappear when the protagonist is not involved, but not here.
The war makes for an excellent backdrop for the series because it gives such a perfect motivation for Dorina to be involved. The consumption of resources and attention by the war – coupled with the disruption by it – gives us a perfect reason why Dorina needs to be involved in things she’d normally be kept from. It also makes for an excellent world building exposition without making Dorina ignorant – she’s clearly capable and skilled (and, excellently, has some tricks that even the ancient master vampires don’t have), but the new situation means things need to be explained to her (and us). Similarly, explaining how the war has changed things also elegantly explains to us how the status quo normally operates. It works, it works really well considering just how much there is to grasp.
My complaint with all of this is that there is just so much going on. This rune is so valuable that half of the supernatural world want it which means there are a lot of players, a lot of possibles, a lot of factions that is all kind of overwhelming. Some I can see as important foreshadowing for the future and world building like Ming-de and the Chinese delegation, but Ganimus felt like a step too far and I’m not sure if the mage involvement and their event was particularly necessary either. I’m not saying any one of these elements was badly done or boring – certainly not – but there’s just so much going on not just in this book, but in this huge, varied and multi-layered world there needs to be triage, especially for readers who haven’t read other series set in the same world. Sometimes I felt like I should have been taking notes or keeping a flowchart or something.


The first book showed me this world and this book relied on me remembering that well because we dive in this time world. I’m especially thankful I’d read the short story in On the Prowl because that helps fill in some gaps with Claire’s backstory which kept me afloat.
Because there is so much going on, while the general pacing is very good (an excellent mix of action and story development), at times it feels both hurried (because there is so much happening at once) and stalled (because there’s so much happening that feels like it’s a red herring or perhaps a distraction from the main goal). I think this is somewhat inevitable with Dorina herself seeming to lose track or be confused as to what her actual goal is – finding the rune, saving Louis-Cesare, saving Claire or defeating Aesubrand. The goals are linked, certainly but it’s still something of a morass.
What I didn’t expect was how much fun this story would be – and even zany for that matter. I expected a lot from this book, I never expected Dorina running around with a snarking decapitated head. It was actually fun without derailing any of the seriousness.
Characterwise, I much prefer Dorina in this book than I did in the last one I think because between the two books there is more chance to know her – the two books together building her far more than the first alone. Her anger issues come together much more clearly as well as the deep fear she of what they mean – while, at the same time, the comfort she takes from their familiarity over her centuries of life make for an interesting aspect of her character. As does her rather fraught relationship with Mircea, her father. I’m less thrilled with the relationship with Louis-Cesare, but it does build into basic vampire culture and them fighting back and forth is fun (his big package of angst, less so)
I am a little frustrated that we didn’t see more of Claire, especially since so much of this story was about her – far more than it was about Dorina. She was there, she was pretty decent when she was around, but she wasn’t around much. Which applies tenfold to Olga. And any female character other than Dorina – they’re not bad (there’s one who annoyed me but she had a nice twist) but they’re not there.
On the POC front we have a delegation of Asian vampires who are pretty stereotype light with dashes of culture and surprisingly fun. Two of them take a moderate role in the book, albeit primarily as antagonists – I do hope they will appear more in future books since they have been set up that way.
On the LGBT front we have continued indications that Radu is gay while, at the same time, having that plausible-deniability-get-out clause (I mean, he seems very close to his bodyguard… or he could be a blood donor). And again, his silliness, weakness and flamboyance are emphasised on the very brief occasions he actually appears.
Everything about this series gets richer and wider – and this is wonderful and makes me want to dive in – but it also means that when I dive in I have a risk of drowning in it all. I want to read more of this world, I want to learn more about Dorina and see where she goes from here – but I also fear that all of this information I want to know may be thrown in one overwhelming rush.