The Potential of Urban Fantasy 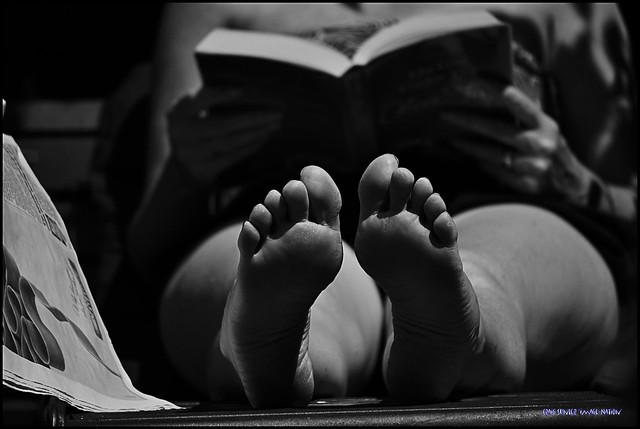 One of the reasons we were inspired to create Fangs for the Fantasy is to hold the genre we love to read accountable - it is too easy and too common to love a thing and decide that, therefore, it must be perfect when we should love it enough to work for it to be better. When authors routinely create books that contain trope laden marginalised characters or erase us because for some reason we didn’t fit their storyline or out of fear of a rejection from publishers, it says that our struggles, indeed our very lives don’t matter.  It is an act of self love to demand to see your self represented well in a genre you consume. It’s an act of critical consciousness to challenge the prevailing thought which says repeatedly that we don’t matter.

Urban Fantasy, Fantasy, Science Fiction, indeed all Speculative Fiction, fits this paradigm perfectly. It’s a world in which anything is possible. From vampires to light sabres, to zombies to dragons and werewolves, yet somehow marginalised people and our experiences don’t flatter the imagination. To some degree, we are all complicit in maintaining the discord in worth and value but taken as a whole, urban fantasy is guilty of perpetuating some of the worst attributes of our problematic understanding of power and privilege.

Because much of the fantasy genre is regarded as pure fluff, it can be tempting to simply internalise the messages we receive when we consume it. After all, there really are no such things as vampires and wendigo and since the basis of the work is the imagination, it becomes all too easy to not take it seriously and deny the power it has. But if you love something, truly love something, isn’t it important to listen that much more carefully? Isn’t it important to give it your full attention? More, isn’t it important to respect the power and influence it has? Too often we see the bizarre contradiction where we celebrate speculative fiction being widely popular in books, TV series and films yet at the same time we dismiss the power and influence such a vastly consumed genre actually has. We even go so far as to deny it actually being an art form, as if it’s very popularity renders it ineligible. Speculative fiction cannot be as immensely popular and as widely consumed as it is and at the same time be irrelevant or lack influence.

It’s all too easy to get completely caught up in the fantastical or the romantic nature of the story itself and scream, “my precious.”  Many times I have perused Goodreads after writing a review to find out if others took the same umbrage with a story that I did, to find any kind of critical critique lacking. It is understandable that not everyone will agree over a review - but it’s astonishing how grossly blatant a trope can be and still be near universally overlooked. Sure, there is a lot of commentary about purple prose and nonsensical plot lines but more often than not an absolute failure to acknowledge the greater issues with a book or series prevails. It’s not enough that we demand good writing. We need to begin to demand greater diversity of characters, locations and perspective for the genre to grow, otherwise we are simply telling the same story repeatedly and lauding it while it fails to contribute little that is new, substantial, challenging or useful. Urban Fantasy need not be something we dismissively accept as junk food for the brain because it has the absolute potential to be subversive in ways more restrictive genres cannot hope to accomplish.

And it is the sheer lack of barriers at the heart of this genre that makes the paucity of diversity or subversion in it so utterly shocking and inexcusable. More than any other genre out there, Sci-fi, Fantasy, Urban Fantasy and the greater speculative fiction mega-genre are limited only by our own imaginations - and it is depressing that our collective imagination is apparently so very narrow.

Storytelling has the power to generate and spread new ideas, to shape our society and our values, to pass on these vital messages to the next generation in a way that no history book could possibly manage. Storytelling is how we can re-imagine and reshape the world and lay the foundation on which we can build something better. Storytelling is how we reach out and allow ourselves to escape a harsh, often unfriendly world to one where we can know excitement, joy and escape - something all the more vital for the most marginalised among us. Storytelling is, therefore, important even vital.

Of all storytelling, speculative fiction has the greatest potential to do all of this - we have said before that it is the “Mythology of our time” and we hold to that. It is a major, legitimate art form, as vital and powerful as any other. More, as an art form it is a vehicle that exists to push our society, to transform our society and to inspire questioning, growth and change.

But that potential is tragically wasted as authors (and the editors, agents and publishers who so often have such influence and are so able to set up road blocks) continually refuse these opportunities and follow the same tired paths, formulaic writing and trope-laden characters.

As readers we also have to recognise our own responsibility and potential efforts in this. Yes, the writers, editors and publishers need to be socially aware to create a product that is progressive but they have no incentive to grow or learn or push boundaries when they gain the greatest rewards for the problematic nature of their work and are even punished when it does not follow the same problematic or oft-trodden paths. If someone is already successful to the point where they are on The New York Time’s bestseller list without having a GLBT character or a good character of colour or any minority inclusion at all, what incentive is there to push their audience? Why would they “risk” changing a pattern that works? If most of the authors on that list are doing exactly the same, what incentive is there on new authors to try anything different? What pressure does it put on even social justice minded authors or even just truly original or subversive authors, to avoid that “risk”?

And as critics, we also have to recognise our responsibility to call out these problems. As reviewers shape not just opinions of a book but also opinions on the genre in general and the perception of what is and isn’t worthy of criticism or even condemnation in the genre we also shape what that genre looks like. More, we shape what stories get attention and what stories get praise and even what is acceptable or not, especially in terms of problematic and prejudiced writing; too often we will chase the ARCs, the next-big-thing based on old patterns (or even simply on publisher and agent buzz) rather than questioning why the next-big-thing looks a lot like the last-big-thing. Rather than hunting the different, the diverse and the subversive, too often we merely accept the new release from the big publisher - and should that book contain problematic elements, how often are we willing to put on our blinkers and not rock the boat too hard? How many of us have a 5 star system yet only use the top two ratings? And even when we are critical, how many of us only recognise problematic elements that directly affect our own circumstances? How many of us will only call out what directly hurt us, while giving lavish praise to equally damaging tropes that miss us?

While it should be a moral imperative on the part of the industry to tell different kinds of stories from different directions, ultimately economics and economic perception (which is almost as powerful) will win out - until it’s clear there is a loud vocal demand for more diverse work while equally a fierce criticism of the problematic, things will not change. Readers tend to save the ire for books like the undeniably racist Save the Pearls, even as they excuse equally problematic stories from their favourite authors because it is not as blatant. Saving your white sheets for your best Sunday dress doesn’t mean that you aren’t still wearing White sheets.


Despite the clear interest from marginalised communities in this genre, publishers, editors and writers continue to mass produced the same erased stories or books filled with sickening trope laden characters and  we’ve written about these tropes over and over again. More, we’re seeing the same stories told over and over again as if the authors are following a paint-by-numbers-chart or a set of rules. All of this is made even made tragic because of the vast potential this genre has and how much that is going to waste.