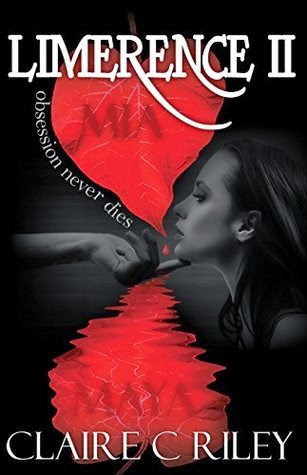 Mia is now a vampire and all the concerns she had as a human seem so very distant, so vanishingly small compared to what she is now. Of course that doesn’t mean she doesn’t have passions


She wants out, she wants freedom, she wants to live as a vampire free from the Queen’s dictates.


But she also wants Bastion - the sexy vampire who desperately wants her as well. But they are forbidden from being together, no matter how it hurts. They should stay away, but they can’t bring themselves to do so - even as their love threatens Mia’s fragile control. A snapped control that could not just threaten them - but the whole vampire society.

The first book in his series was wonderfully refreshing. It took that very common paranormal romance trope of deeply obsessive love and showed us the much darker side of it. That it isn’t romantic or sexy or passionate - it’s scary, it’s terrifying and, ultimately, it’s extremely destructive. It was an excellent analysis.


This book? Well, there’s something similar, but it isn’t really conveyed nearly as well. Mia is now a new vampire and is having to adapt to the new society she finds herself in… but there isn’t a lot there. Sure there are vampires and drinking blood (and this book does an excellent job of conveying a truly callous, humanity-less depiction of vampire. Vampires that are utterly uncaring about who they kill and feeding their appetite) but other than the fact they serve their queen. Which is fine, it doesn’t have to be extremely complicated or byzantine or anything else


But we get this for half the book. For half the book Mia is training (without actually expanding her vampire powers), fighting her inner vampire (without especially explaining what that was, though we get more of that in the second part) but, on the whole, it mainly focuses on her relationship with .
This does continue the theme of the first book. Mia and Bastion both obsess over each other even though they both know their relationship is destructive. Bastion treats her terribly, continually pushing her away then trying to pull her back in, throwing so many mixed signals that it’s dizzying. Again, this is something we see in other romances, but this book shows the dark side of it, the damage and pain - not all the romantic sadness and suffering that we see repeated over and over again. Their relationship is a trainwreck that we see spiralling toward inevitable destruction.


But it’s a trainwreck that takes a huge amount of pages of constantly melodramatic description to get to that destination. It’s not a fun read, it’s so long and lacking in so much else beyond these endless maudlin monologues.I can appreciate what it is depicting, I appreciate the new take on these tropes, I really like that we’re seeing this repeated depiction through a darker - more realistic lens. But I just didn’t enjoy reading it.


While the first half feels very slow without a lot beyond monologues about how much they love and adore each other, the second half as the opposite - appallingly fast-forwarded. The battle with the vampire within, what that means, the vampire queen, the creation of new vampires all was rushed by. It was too fast, too undeveloped and I was both running to keep up but also struggling to actually care because there seemed to be so little development. The vampire queen’s history and the underlying conflict was delivered in an info-dump without a lot of reason for me to be invested in it.


There are some POC, but they are in vanishingly minor roles. There are woman besides Mia though they’re not main characters, but then our main focus is on Mia and Bastion. The main antagonist is a woman and she does have a level of nuance in that Mia is walking the same path as hers


The depiction of bisexuality in this book is dubious. We technically have a lot - in that every vampire is bisexual. But it is used to show just how fallen the vampires are. We only see same-sex attraction between very minor characters (one renown for his vain need to seduce all new vampires) and when Mia lost all self-control. Her having sex with another woman is used to show how little control she has over her dark side - she even refers to it as sexual deviance. Bastion, who always has control, has absolutely no depiction of attraction to the same sex. It combines to be a highly problematic portrayal


In the end I feel frustrated by this book or possibly by myself. Because I love what it does - I love it’s depiction of obsession as destructive in a genre that all too often elevates it to the height of romance. I like that this book is a trainwreck, I like how I can see this obsessive romance leading to a complete disaster. I like how all this is predictable, how the obsession drags them down, how you can see the disaster coming but know it’s inevitable because of the tropes involved.


But I don’t like the book. I’m impressed by it, but I didn’t enjoy it.