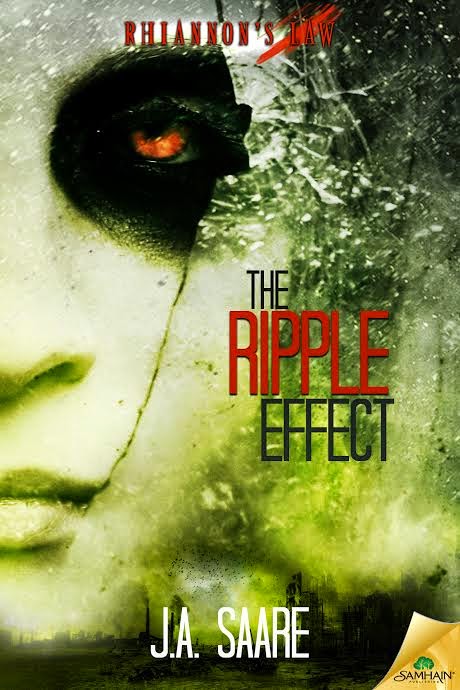 
She also has two powerful magical artefacts that the half-demons who control the vampire families certainly don’t want her to have. They want to break her, they want her to bend to their will and prove she is their toy


But how far can she break, how much is she willing to give up? And having lost that much, what does she have left to lose?


After the time travelling of the last book and the deals that Rhiannon made, as well as the ructions between her and Disco, I expected this book to be a greater examination of Rhiannon integrating into the vampire family. I hoped for some introduction into how the family worked, some greater development of its members beyond simple names and some decent development of world, characters and general setting. It would have been nice to have some foundation to build on now everything’s going to change


Instead we jumped straight into the deep end. Half-demons everywhere, massive dramatic show down, bad guys being properly villainous and evil and lots of people dying in big dramatic ways with big dramatic fights and melodramatic evil-ness.
The story wasn’t bad at all - it was exciting, emotional, dramatic with a fast pace and lots of wonderful action. I liked it. But it also felt a little lacking in underlying basis - it’s running fast, destroying everything without giving us chance to see what they were whole first


At the end of the last book, Rhiannon faced a gross betrayal at the hands of Disco, the man she loved. She opens this book angry for that, understandable. But it doesn’t last


From the very beginning she is fighting to be anger, it’s already being overwhelmed by love/lust for Disco - her anger, her justifiable outrage is fading fast and not being treated nearly close to how it deserves


On top of that, circumstances of the plot (which, I have to say again, are chosen) force Rhiannon to move back in with Disco, to become intimate with him and to have none of the space that she requires or demands. She has no space, she has no time to process and her anger is quickly diminished


Yet further, Goose, her supposed friend from the very beginning, constantly shames her for not deciding to be a good little vampire servant (never mind, as has been clear from the very first book, that she never chose this and, in many ways didn’t want this), acting like she’s being selfish or self-absorbed or not being loyal - but never explaining why she owes loyalty, why she shouldn’t be thinking of herself or generally why the whole situation isn’t appallingly outrageous.


There is some nice dramatic come back and reversal of a lot of the abuse at the end of the book - but it isn’t universal. It’s a wonderful dramatic, epic take down of the big-bad which is always good to see. But it does nothing to deal with that initial anger, nothing to acknowledge that she had a point or a reason to be angry and no real attempt to make up to her what happened or that their constant demands that she play nice and give Disco another chance wasn’t out of line. She takes down the “bad guys” but there’s no real acknowledgement of the actions of the “good guys”


In terms of marginalised people this book is pretty lacking, like the series. There are some POC but they’re in vanishingly minor roles - if this were television it’d barely be considered an extra role. There is a gay man - he’s a villain, he’s a villain who they can rely upon to go easy because he has a crush on Disco; a gay man who keeps nagging a straight man to have sex with him and he’s deeply jealous of Rhiannon.  He’s troperific and far from a great character. This is pretty much the entirety of him - everything about him resolves around his drooling over a straight guy


Outside of Rhiannon herself, female roles are small and victimised (Deena - who appears to be attacked, basically her sole purpose) or villainous. We do have Sonja - but again it’s a relatively small role but at least she has potential to be more.


The thing is, in terms of an epic take down? It’s great. In terms of Rhiannon being driven to the very edge of her tolerance and finally deciding that everything burns? It’s excellent. In moving Rhiannon and Disco to a whole new place in their lives, bringing a whole new chapter to their storyline and setting them very clearly on a more epic meta-plot? It works really well.


But there are a lot of elements in this story that begged for nuance, that needed more analysis, more focus, more vindication and they didn’t get it. There’s also a problem with this series having a second reboot in three books. The second book was a major revamp and refocus of the first book. And this book seems to reboot that as well. I think there’s maybe too much upheaval in too short a period - which prevents a lot of necessary growth and development.