Beowulf Return to the Shieldlands, Season One, Episode Eight 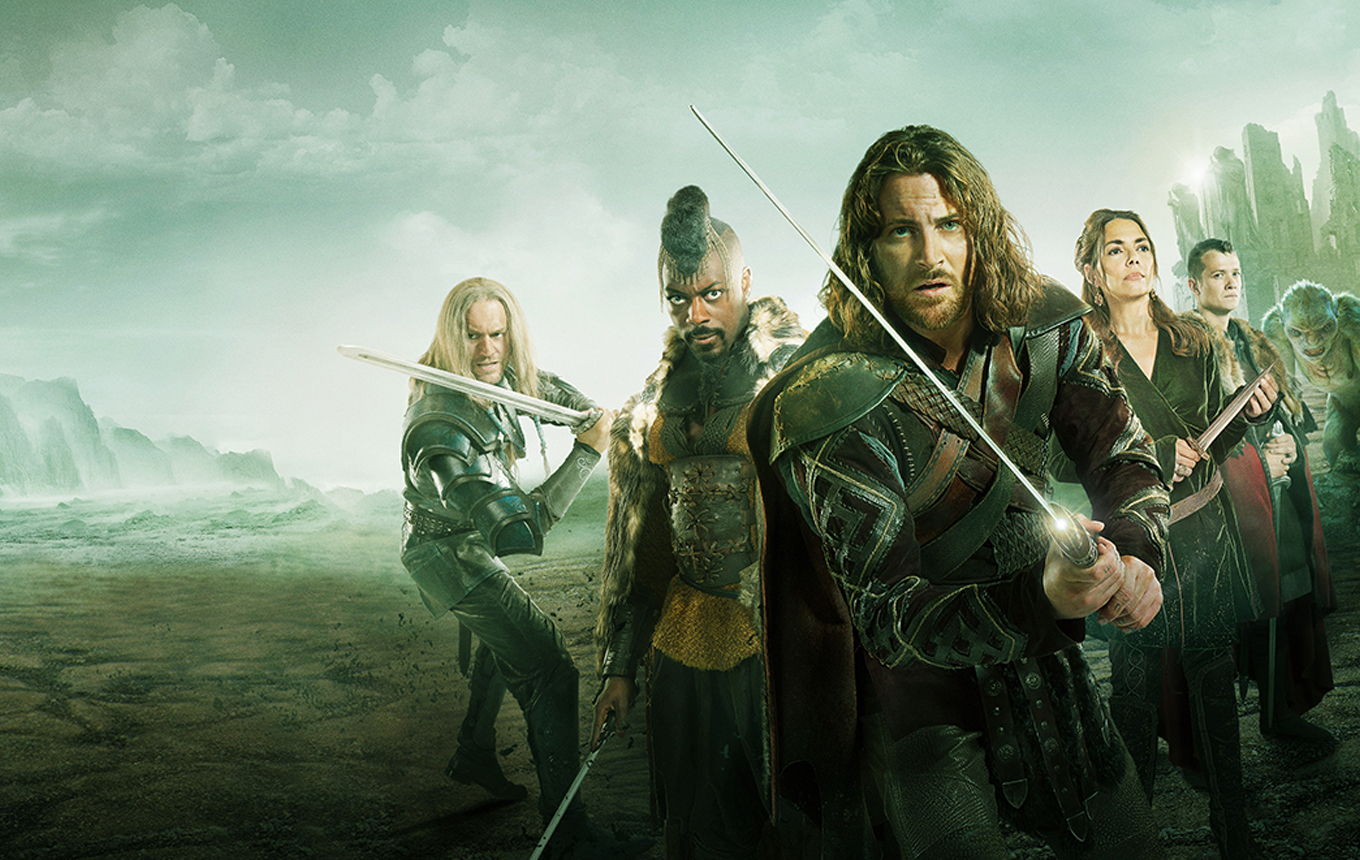 I very much believe that some of these characters are actually too stupid to be in positions of power; however, I think that this is the best episode of Beowulf: Return to the Shieldlands to date. That being said, someone needs to put Grendel on a milk carton because he is still missing.  It seems that Beowulf: Return to the Shieldlands has decided to fixate on political intrigue rather than even loosely following the poem.

It's time for Slean and Kela to marry and since this is the marriage which will assure the alliance that Rheda needs to cemenet her role as Jarl, Abrican sends Saray and Hane to represent him.  Not long after their arrival, Hane hands Saray a bottle of poison and informs her that Abrican is counting on her. Saray dutifully gives the bottle of poison to Kela, telling her that it's perfume and since Kela isn't supposed to accept wedding gifts, Saray suggests that it should be their little secret.  Given that Kela poisoned her own sister to get to Herot, she is not one to simple dabble with liquid she doesn't trust. Kela pours the poison on a rodent and watches as it quickly dies. Later, when the women are gathered, Kela picks up the bottle of poison and asks Saray to apply it for her.  Saray then picks up a cloth to apply it but Kela says that the cloth will dilute the scent and suggests that Saray uses her own hands. Knowing that she will die if she touches the poison Saray drops the bottle claiming that she made a mistake and Kela is quick to agree with her. It's a chilling scene because both women are murderers and now both women have a measure of understanding about each other.

As part of the nuptials, Beowulf and Elvina agree to act as seconds for Slean and Kela, bringing the two together. It's Beowulf and Elvina's job to discuss whether or not they are aware of any reasons why Slean and Kela cannot marry.  It would make sense for these two to have this discussion privately but proving that these characters are not as smart as they are supposed to be and the writers are extremely lazy, Elvina and Beowulf talk about Slean being in love with Elvina, while Kela is in the next room.  They've already made Kela ruthless and intelligent, so why create such a lazy situation to confirm her suspicions regarding Slean and Elvina?

The final step in the nuptials involves Slean and Kela standing in front of stones and telling each other truths in private.  Saray decides to use this moment to kill Kela, and is stopped by none other than Slean, who has switched sides once again.  Slean it seems has a moment of conscience because he doesn't believe that Kela deserves to die because she is caught up in events beyond her understanding.  Kela uses this time to tell Slean who he is really taking as a wife, admitting that she killed to be  there.  Slean is shocked because he thought that Kela's sister had died of fever but Kela explains that when her sister started to get better, she poisoned her. Kela explains that she was tired of always living in her sister's shadow.  Slean doesn't even blink an eye at this. She reveals that she knows about his feelings about Elvina but counters by claiming that Elvina is in love with Beowulf and that the two slept together the night before.  Kela claims that together they can ensure that he becomes Thane adding, "we don't get to choose who we love or who loves us but we can choose who we make our way in the world with." That's all it takes for Slean to become convinced to follow through with his marriage to Kela.

When Saray returns to Bregan, unsurprisingly Abrican is upset by her failure.  When his leadership as Thane is challenged, Abrican is quick to blame his people's lack of failure in him on Saray, adding that he brought an assassin among his people.   Saray is quick to ask when it became their business to kill young girls and suggests that a true leader would come out and declare their intent towards Rheda.  Abrican tries to do that when a council is called but finds himself accused of treason and is removed from his position as Thane.  Luckily for Abrican this is when fish decide to spawn down river and he leads the charge, restoring his people's faith in him.    It was a quick wrap up and now that Abrican has publicly declared his intention to overthrow his sister, perhaps this plot can move along.


The third storyline in this episode involved Brecca. Bounty Hunters show up and try to kidnap him so that he can be killed for murdering a man.  This throws up a wedge between Brecca and Beowulf because, Brecca was less than honest about why he was about to be hanged when he met Beowulf. In order to avoid his death, Lila agrees to pay a bounty and Beowulf agrees to chip in.  When the bounty hunter comes to collect however, Lila is short and sleeps with the bounty hunter to make up the difference.  Seeing how upset Lila is, Beowulf orders Brecca to leave town without speaking to Lila and never return.

The next day Vishka hunts the bounty hunters who have left Herot.  Vishka attempts to kill one of the bounty hunters but is overpowered and were it not for the arrival of Brecca who kills the hunter, Vishka might well have died.  Vishka is enraged that Brecca killed the man, feeling that it was her right to collect blood, given that it was her mother who was violated.  Brecca explains that it's better this way because you cannot wash off blood.

As interesting as this episode was, I very much have a problem with Vishka being overpowered.  In the middle of the episode we watch her train and defeat her friend but every time Vishka has a chance to prove herself in a real opportunity, she needs to be saved. This makes Vishka all bark and no bite. The writers are steadily depowering her character.  I also had a problem with Lila being willing to sleep with the bounty hunter specifically after hearing that not only is Brecca a murderer, he has a history of preying upon lonely widows.  We know that Brecca and Lila married after a night of drunken sex but beyond that. we have seen absolutely no moment of intimacy between them. For this to work, the writers should have invested more time in showing Brecca and Lila creating a relationship, rather than Slean seesawing with his loyalty and characters having ridiculous conversations in front of those who should not hear it.

I am really hoping for some forward momentum at last.  Abrican has declared his desire to overthrow his sister.  Kela and Slean have formed an alliance, even if he refuses to sleep in the same room as her, let alone bed.  Brecca has been thrown out of Herot but we all know that won't possibly last.  It took us eight episodes to get to this point and I don't understand why. In many ways, I'm not sure Beowulf: Return to the Shieldlands is even sure about the story it wants to tell, so it focuses on a little bit of this and then a little bit of that, adding up to a whole lot of nothing.  With only five episodes left, Beowulf: Return to the Shieldlands had better pick up its pace, settle in on a story line and stop having its central characters do stupid things.  With Beowulf: Return to the Shieldlands more than halfway finished, I fear it's too late to save this series but the least they can do is make the last few episodes interesting to make up for shite we had to slog through to get to this point.