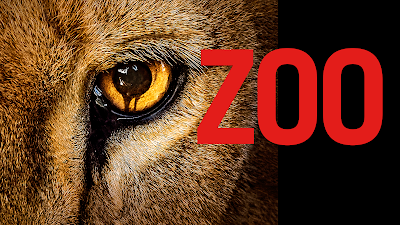 In Botswana Jackson runs around telling everyone the world is ending because lions are eating people and is generally not agreed with since man-eating lions are a terrible tourist attraction.

On the good news, they do get a message from Abraham who is, indeed, alive (yay, I take back some of my first episode cynicism. Some of it). They ride to the rescue and, despite some tense moments with the lions, they do manage to get him to safety. More, they realise the lions must have gone out of the way not to kill Abraham – Jackson decides they wanted him to spread the word

Everyone still doesn’t believe Jackson so we do get a lot of scenes of the white guy telling all the Botswanan’s how they just don’t understand their environment and not one of them gives him a slap upside the head.

His mother, Elizabeth, a doctor nearly does when she hears him talking about his dad’s (Richard) research and how he believed the animals would rise up. Since Richard was derided and ridiculed for his silly theories she’s not a fan of her son going the same route

She changes her mind though when the bodies start coming in – 22 bodies mauled by lions. Not only is that a lot of people, but the way they were killed doesn’t match normal lion killing behaviour: they’d all been killed the same way, slowly. This convinces Elizabeth Something Is Up and she sends Jackson to find the rest of Richard’s research – in Japan. Abraham joins him with a completely and utterly unnecessary comment fetishizing Asian women.

Over in Los Angeles, Jamie is continuing to research Reid chemicals, convinced they’re the great satan because they destroyed her home town. She’s also facing eviction and a deeply creepy landlord’s son who is trying to coerce her into sex, so let’s hope something eats him.

Mitch is still pretty unwilling to help but he does anyway because the script says so, and they get their hands on a lion cub to scan its brain to see if any chemicals are affecting it (possibly suspiciously, the other lions’ bodies have already been destroyed). He lion cub deploys a super weapon of MAXIMUM CUTENESS. It’s also resistant to drugs and showing advanced brain waves lion’s shouldn’t have – Mitch makes the leap to them being telepathic. Yes that’s quite a leap – but all the big cats are getting agitated at exactly the same time (I would have thought “can hear each other roar” would make more sense than telepathy, but hey).

We have another story patch open up – in Slovenia an English couple are adopting a 4 year old boy. They don’t speak Slovenian, he doesn’t speak English, there’s a lot of not thinking things through going on. We’re teased with circus tigers and the potential for big cat mauling but, perhaps more sinister, in the end the father I lured away by an intelligent dog into an ambushed by a whole dog pack. A pack that has already been massacring people.

And to Chloe who has returned home to Paris, though she has ongoing trauma issues following the lion attack. She meets her sister, Nathalie, who is the one who slept with Chloe’s fiancé which is Awkward and probably going to make family gatherings a bit difficult. We also learn she works for France’s security agency – so it’s probably not surprising when a mysterious shadowy man recruits her to deal with the animal problems: which they’ve now been tracking in several countries.

I give them points for the circus tiger fake out – I didn’t expect them to get out of that alive. I also like how they’ve started to pull it all together while expanding it. We have a relatively close cast but a really global sense of the threat, kudos to that – though if we are going to get a truly global threat being depicted it’d be nice to see some more prominent non-white people: Los Angeles is all White, France all White and then we go to Botswana and we’re still led by a White person. Keeping POC absent or in secondary roles is a problem in any show but if you’re aiming for a global theme, it’s even more of a problem.