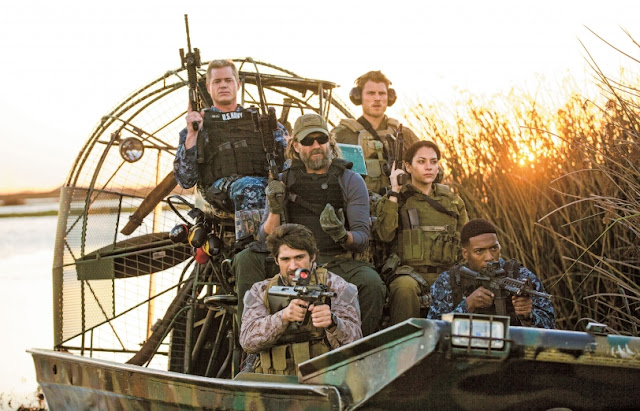 This episode we follow Rachel and the ramifications of her murdering Niels last episode.

On the plus side, using his genes and Science she does succeed in creating a cure that is contagious. Inject someone with the cure and they can literally cure other people by breathing on them – she knows because she injected herself. She is now the anti-Niels.

We also get some interesting insight into her past. Her father was a reverend who didn’t believe in medicine – relying on faith healing. A reliance which had his wife, Rachel’s mother, die from malaria which could have been treated

Her dad’s words were “god chooses who lives and dies”

And now we have Rachel not only becoming a doctor to save millions of lives, but also killing someone to do it. Rachel has made it clear: she is making this decision now

Of course, killing someone on the ship does get investigated, despite no-one really missing Niels the mass murderer.

Chandler, Mike and Andrea all take part in the investigations and quickly discover that Niels didn’t die of natural causes and that someone probably killed them. A doctor. And suspicion quickly falls on Rachel

For extra pressure, the crew quickly realises that Rachel killed Niels and they suspect that Chandler and the rest of the chiefs all knew about it – maybe even ordered it. This goes against al of Chandler’s sense of order and decorum

He confronts Rachel and she confesses – no shame, (though I think there’s definitely guilt there) and no hesitation. She would happily do it again and her only regret is how little Niels suffered. Chandler resolves to confine her to her quarters, only allowing her to work – and to hand her over to the non-existent civilian authorities as and when time allows.

He also complains about the terrible position she’s put him on which, meh, that’s kind of the least important thing here especially since the idea that waving Niels around would gain them some PR seems moot after the other events of this episode

But, hey, if Chandler wants to start pretending to follow the legal system of countries that barely exist any more, maybe Rachel could insist someone get her some assistance from the British embassy.

We have President Jeff stepping up a bit. To be honest, I’m not all that fussed about President Jeff and think if either side wanted a President they could easily elevate someone else. Yes yes technically he was an elected official before – but no-one voted for this guy as president. His while legitimate democratic credentials are all kind of shaky to put this much store in him

They’re heading towards New Orleans which still has a large population, one that survives primarily by sailing out to sea in a flotilla which is a useful kind of quarantine. They’re running low on supplies though which is part of the PR scheme President Jeff et al plan to deal with – getting New Orleans on side.

Except this is why Evil Sean and the Immunes (which sounds like a really bad band) were also heading to New Orleans as well. And, because they are most terribly Evil, he destroys the flotilla of 10,000 civilians and we have some action scenes as their sub fires torpedos at the ship which can’t fire back because of all the helpless civilians the sub is hiding under

Let’s face it, this show has never tried to be SUBTLE about who the bad guys are. We have America, Fuck Yeah vs Al Qaida, sinister Russians, Mexican cartels and now genocidal European cultists who give plagued teddy bears to small children. Nuanced depiction of antagonists to make them human has never been a goal for The Last Ship.

With the help of one of the prisoners and Lt. Chung they do find out that Evil Sean and the Immunes are using mobile phones – the cell towers are down but they have used an app game and Bluetooth and some super communications technology expert to vastly increase the range. Possibly with magic.

And to make things worse, they’ve used that expanded coverage to spread a video of the Ship firing – and causing the destruction of the flotilla. It’s obviously edited, but it’s not going to win the sailors on the Nathan James any more fans