Everything went very out of control last episode with the exposure of several murderers, lots of body buying and Sir Pool being most displeased by the scandal of the murders and the Frankenstein child (dubbed Alice) being exposed to the press

Lord and Lady Harvey are pretty happy as it looks like the Anatomy act will be stopped, which both pleases their faith and means Lord Harvey can continue with his hospital-which-is-totally-against-surgery (which is apparently a good thing). Also Lady Harvey may now not have to marry Sir Bently for money now her brother doesn’t have to shut down his charitable hospital.

These people do not seem to understand how money works. Or charities

She also kisses Marlotte because she’s really into the brooding type. I guess it’s the puritanism.

Marlotte is still on the case though because he would quite like to figure out who was murdering children. He gets an insight from Mary Shelley – she’s just heard about “Alice” and provides us with a flashback of insight: back in the day, she, her husband Percy, James Hogg and Sir William used to almost-kill each other and then use electricity to resuscitate themselves afterwards. For science! 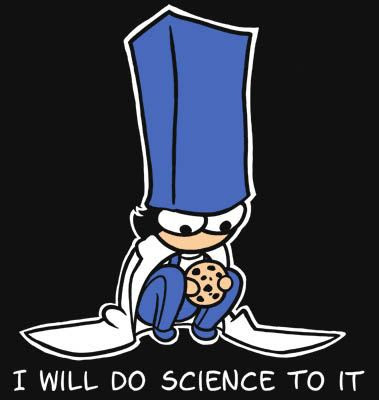 Until it didn’t quite work and James Hogg didn’t get resuscitated and his death had to be passed off as a suicide. Oopsie.

See this is what happens in the days before television, the idle rich become bored and indulge in murder play

Anyway, Mary Shelley realises that the existence of Alice means that Sir William may be playing his naughty games again and goes to confront him. He doesn’t do much to allay suspicion by actually near throttling her – so she takes her suspicion to Marlotte.

At the same time the unconscious Flora is being “cared for” by the super creepy Sir Garnet, Sir William’s cousin. We quickly learn he’s the one with the thing for the Little Girl Lost poem (remember that? We spent like 3 episodes wallowing in that irrelevance), and he’s also the one who raped Flora. Thankfully she wakes up from her coma (convenient coma timing!) just as Marlotte is visiting to add her accusations to his – Marlotte takes the now-totally-in-good-health girl back home.

Who needs surgery when you have convenient healing powers!

To top it off, Marlotte takes the revelation that Garnet “cheated” Billie out of the virginity-of-Flora he was trying to sell for lots of money (this was a disgustingly not uncommon practice not just because paedophiles and the fetishism of virginity but as a guarantee against STDs). So, hey, murder rape and slavery? Meh… cheating on a deal? Oh hell no. I would say this is depressingly accurate for the times but that would imply things have improved dramatically.

With Billie’s and Flora’s testimony… Garnet is still completely untouchable. After all he’s a high class nobility, she’s a homeless prostitute and he’s a criminal Black man already facing a death sentence. Yet it seems all of the racial, gender and class based prejudice just faaaade away and Garnet is presented as being as good as tried. No-one is surprised by him committing suicide

In exactly the same way as James Hogg supposedly did all those years before – which isn’t suspicious at all either.

Sir Pool has been plotting as well. Firstly he sends the police to raid a Molly House – a place where gay men gathered in this era where being gay was illegal. This whole scene is terrible, everyone is laughing and amused, the gay men are not just shocked and horrified and afraid (all reasonable) but they are squealing – seriously we have the most ridiculous squealing throughout) as the police gather and mock them. Among them is Sir Bently, Who Sir Pool then blackmails.

With William blackmailed he changes his vote in Parliament which, along with Sir Pool’s excellent spin and scapegoating of Garnet, ensures the anatomy act is passed in a triumphant victory – with Marlotte being rewarded by being made head of the new police force

Can we turn back to this homophobic mess? Bently is an extremely minor character and at no point have we been encouraged to humanise or sympathise with him. When the act is passed we see Lord and Lady Harvey, devastated, we see Marlotte horrified that Lady Harvey thinks he’s betrayed her and that he’s been played. But we don’t get anything for Bently – who has been victimised here more than anyone

We’re not saying you shouldn’t portray prejudice, especially in times when it would be almost ridiculous not to include prejudice – but you have to portray prejudice as bad. If you’re going to portray homophobic persecution, blackmail and the outright attempt at annihilation of gay men at this time you do not present it as comic relief. You present the victim as an actual victim rather than something to. Display the horrors of an early time AS HORRORS, not as irrelevant, quickly passed over or outright amusing. Lord and Lady Harvey? Are not the victims here. Marlotte? Is not the victim here. Our take away from this shouldn’t be “ooh the poor Harveys” nor should it be “well played Sir Pool!” it should be outrage and pity for the actual victim the show spends no time on at all.

This is not inclusion. This is not acceptable. This is homophobic as hell. The buggery laws of Britain were an outright act of genocide that devastated uncounted lives and drove an entire population to hide or be destroyed. It is not a footnote. It is not comic relief.

Moving from Sir Bently, which the show does with unseemly haste, Nightengale (now back on team Marlotte because Marlotte decides he’s useful for getting him a gun when he was kicked off the force) asks for Marlotte’s blessing to move in with Flora – which he grants so long as they marry first

Remind me again why Marlotte even has a say in this? Or why the man whose whole angsty storyline revolves around an STD is in a position to throw stones from his big, shiny glass house? And how old is Flora anyway?

We do address Flora’s abortion: Marlotte begins to threaten Lord Harvey with it but he has a good speech about how it will affect Flora’s life to have the baby. It’s not quite a “it’s her choice” speech, but it was her choice and he makes it clear why she would make that choice. In turn, Nightengale and Flora discuss it when she’s consumed by guilt over it – again, there’s no overt “it’s your choice” speech, but there is a clear declaration that Flora’s life matters, that Flora’s life is as precious as any other and worthy of preserving and protecting

Seriously you're finally going to unveil Frankenstein's monster in the last episode? Marlotte better be eaten by it


Oh and Flora reveals that Blake’s pretty pictures are calendar. Quite why this is relevant bemuses me.