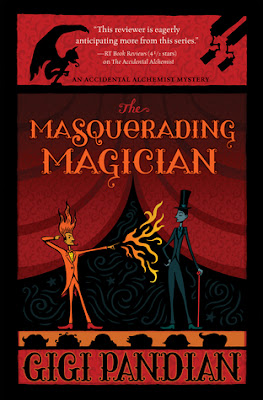 Her research stalled, she looks desperately for an Alchemist who may know more – but Alchemists don’t keep in touch and do keep themselves well hidden.

Zoe’s continued exploration of Alchemy continues to draw me in, along with her life with Dorian the gargoyle and the attempt to try and save him from a fate worse than death. They interact really well over food and caring and jokes and lots of banter. We expand the world building a bit, exploring the different kinds of alchemy, the different talents of alchemists and what those talents mean. There’s more look at the cost of the new alchemy Zoe has discovered and some great connections with another Alchemist from Zoe’s past.

But this book is slow. The sad thing is that it doesn’t really come together. The elements that most interested me about this story just don’t appear to be here in large amounts. Zoe spends a lot of time fretting about Dorian, but other than fret, not a lot is done to address it. We don’t get a whole lot of Alchemy. This isn’t for lack of trying it’s because they simply don’t really have a huge amount of leads – but I’m left wondering through most of the middle of the book about what exactly is happening and where we are going.

So we then have this historical jewel theft and treasure hunters and a bizarre murder and this whole not-quite mystery about a guy who may be an alchemist or not which just drags on in circles after circles and more circles and ends up not actually being all that relevant to anything. And it just seems so bizarre that they’re even involved – even after looking at the whole alchemist question they start wondering about this historical crime et al and I’m just bemused as to why? Am I supposed to care? Why does Zoe care? Why is she invested in this?

And I’m not going to spoil the actual murder culprit but really, it’s ridiculous and it contains more than a little ableist tropes about mentally ill people being dangerous. This happens with a lot of murder plot lines when there’s no real investigation or coherent plot – throw in a “crazy” person then actual motivation or development of the plot line becomes unnecessary.

We have two POC characters, a Black Alchemist that Zoe reconnects with. He’s a decent character, skilled and informed, in his own specialties as dedicated and skilled as Zoe (not ore skilled, they just have separate skill sets). He also lens further insight to what it means to be an Alchemist. I liked that he  While I really wish he was around much more, I also really like that he had his own life, his own commitments and he can’t just drop everything to come help Zoe. I like that, too often minority characters put their lives on hold or simply don’t have lives beyond service – seeing this guy who simply cannot drop everything to pick up Zoe’s issues is a nice subversion of that

The other is Max, Zoe’s sort-of-boyfriend. He’s Chinese and he just kind of shows up and have awkward moments before she has to get rid of him for various plot reasons. I just don’t sense him as a love interest because we never actually see Zoe have a positive interaction with him. He’s just a source of angst for Zoe because she can’t tell him her secret rather than a character in his own right.

There are no LGBTQ or disabled people.