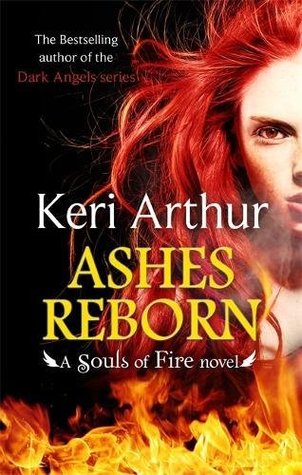 Emberley has already suffered losses in the battle against the Red Vampire plague – and has only just managed to resurrect her fellow Phoenix Rory from his ashes.

But even with the leader of the Red Vampires dead, the threat continues – rebel vampire Rinaldo is threatening to use them as a weapon against the city – and one city block has already been destroyed in the last conflict.

Still seeking the research which may be the cure to this threat, Embrley and Jackson have to work with the secret Paranormal Police Force, PIT to try and survive and stop the bodies piling up: and their own being among them

This series has so many original elements I love – starting first and foremost with the whole concepts of the phoenixes as protagonists. The whole concept of them as beings that resurrect and reincarnate but are far from without flaws or weaknesses is interesting how it’s done.

Emberley’s relationship with Rory is fascinating. There are so many stories out there where we have couples forced into a sexual relationship because of woo-woo. It’s an inevitable storyline which has two people who hate each other forced into a romance, with lots of anger and resistance followed by them finally giving and in and twu love follows. I’m not a fan.

So to have this –have Emberley and Rory care for each other – but not romantically. How they accept their bond happily, not as a burden or something which always drags them down; it’s really refreshing. That this is not pushing them towards romance nor is it some desperate dark sadness that dogs both of them with angst and tragedy

Not that there isn’t angst in the life of Emberley – but I also like how this broken relationship with Max is treated. Normally when I see that a protagonist’s love life is cursed I turn and run so far because oh my gods the angst that will follow! But here? Not so much. Oh it hurts Emberley and she’s not happy about it – but that doesn’t mean she can’t work with Max and isn’t quite happy pursuing other relationships rather than moping all alone hoping Max comes back to her. She likes Jackson, she has a good time with him. It is a bit overly sex focused (when, my gods, sometimes I just want them to get on with the plot and stop worrying about Jackson’s dick) and she has fun and a life even if her romantic life has all fallen apart that doesn’t mean she doesn’t have a life.

The main characters, their conflicts and the world really make this book worth reading. And I really like the take on the elves and if anything needs expanding then it’s definitely the different kinds of elves and the powers and cultures they have.

We have scientists and lost notes on the virus, we have a gang of rogue vampires looking for a home, we have a wandering telepath. And we have some kind of ominous big dark apparently lurking in the future.

It’s all so crowded and confused that I’ve kind of forgotten big chunks. Like I get that Emberly and Jackson are now working somewhat co-operatively with PIT but I can’t quite remember how smoothly that happened. I know they have a beef with the rats but it’s all a little fuzzy as to why because so much has happened

This also tends to make the story lacking impact and focus. After shifting most of the focus to Rinaldo as the big bad and the threat, that underlying fear about the Red Vampire virus gets kind of lost. There’s this fear of a plague of raging red vampires taking over the city but it’s all kind of banished into the background and it’s all more about which group is threatening Emberly and Jackson at the moment, finding tokens (which could be anything at this point) to placate each faction and generally trying to stay alive. They keep chasing down this scientific research but I’m not even sure why half the factions even need or want this research any more.

Ironically I’m also not happy with how some major plot lines feel like they’re rather cut off. I do like that they are being cut off – but I feel like some elements- like the big bad wizard, were built up as major forces and then just kind of were cut off pretty abruptly. I think it comes down to the lack of space.

There’s also a moment in the book that comes with a huge trigger warning for rape. As in we have an extremely graphic depiction of a rape. At no part in this book or with this story was it necessary to have this rape here for plot progression. There’s no reason why, kidnapped and helpless, Emberley couldn’t have found her power to save herself before the assault actually happened, it would have changed nothing

There’s some development of how Emberley, a woman who has lived for so many centuries, is no stranger to assault: this has some powerful and deep conversations about how vulnerable women are today and throughout history. But Emberley is a woman who can quite literally burn anything and anyone she touches: why is she vulnerable? And can’t this point have been made any other way? Certainly one that looked deeper and considered Emberley’s context. Equally, this storyline tried to make the equal point that men are less used to or aware of the vulnerability of being raped – so Jackson feeling what Emberley felt was far more violated and horrified than she was. And these are interesting social points to make – and how someone, especially a cis, straight, white, able bodied man, is likely to be more horrified by violation simply because that level of privilege makes this level of violation seem unimaginable. Again, an important point. But the way it’s done is to make Emberley be the one to offer comfort to Jackson. To have Emberley be the one ready to support him, to have Emberley be the one to help guide him through her trauma – her trauma, her rape. But in a way he almost takes ownership of the victimhood here, especially as Emberley covers this with a “been there, done that”. She’s not blasé per se, but she isn’t shocked and his pain seems more prominent.

In terms of diversity, the only POC depicted are the Earth Elves. And even then the skin colour is clearly emphasised as being more related to their species than anything. We have some random small characters who are POC, but they are POC

We have some LGBT characters. Or had. They’re all dead. All briefly appearing and all dead. Violently. But not before we had some sexual explicit blackmail going on.

I like this story and this world – but it needs to pick a storyline (or two or three). It needs to narrow its scope and remind us who everyone is by letting some of them develop to something more than the Big Sea of Names. It needs definition and then I think I could much more enjoy these excellent characters and the world that has been built around it