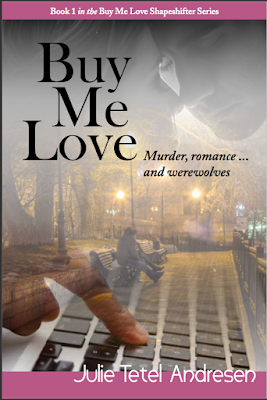 Moses Reilly is a star detective. Renowned for his excellent performance and fierce investigative abilities.

He’s more than up for the challenge of a strangely posed body left in one of London’s more affluent areas… aided, at the insistence of his superiors, by Zelda

Zelda works for G4S, an international mercenary organisation – and her leader is very wary when a body appears on her doorstep.

Of course she has far greater mysteries for Moses to discover

There are a few aspects about this book I like. I like that despite this book being a romance, there is a definite focus of getting the job done. I love that Moses is focused most on catching the murderer than he is on Zelda no matter how delectable he finds her. Even though he fixates on her (and she on him) a painful amount of the time he is very much focused on the police work

Except for a moment I’ll come to, I really liked how the investigation proceeded with lots of police work, red herrings, running things down, investigating etc etc. I really like how it’s done

The writing is generally good, though it borders on over-elaborate. Except when you get to the sex scenes which are purpler than a bruised Barney. And we had some plot lines (like Paula the affair) and characters who don’t seem to have any purpose.

But it isn’t our genre

Oh yes yes yes one of the characters is a werewolf

But it’s irrelevant. She doesn’t actually shapeshift until the last chapter long after pretty much everything is resolved. About the only way werewolf-ness is actually a thing is by giving her a sense of smell that actually allows her to vaguely contribute to the police investigation (and even then, it’s dubious. Everyone just accepts she has this amazing sense of smell and is willing to base an entire police investigation on it?) – in fact, it would have been just as useful and maybe even better to make her an extremely skilled forensic scientist. At least then she would be valued and useful to the team due to her skills and knowledge rather than woo-woo. When you can literally replace the word “werewolf” with “forensic scientist” I think it’s dubious to even put it in our genre

It’s also frankly ridiculous how easily and casually Moses accepts the idea of her being a werewolf. There’s also a beyond ridiculous moment where he proves her love for her by not requiring proof – the fact he just believes her (and relies on her nose) is considered some kind of loving gesture.

Let me say right now, if your definition of love includes “I believe everything my partner says, even if I’ve only known them a week, no matter how ridiculous” then I’m going to judge that as severely unhealthy

The only other aspect her werewolf-dom adds is the concept of “mate”. I.e. “I don’t need to develop a romance between these characters because WOO-WOO compels them!” They smell each other. They feel the hawtness and lo that’s it. Sex and love follow

Now don’t get me wrong, as it develops they do do a lot of good in that relationship as I’ve mentioned, but that old werewolf trope is still trotted out to kick start the relationship in a rather lazy fashion

There are other aspects I’m either not fond of or found jarring – though not nearly as much as I expected. This book is set in the UK and unlike many American authors it does a generally really good job. There are a few moments (why is this woman running around London with a gun? And some of the profanity is just… weird) but it generally works well. Same goes for the police work – a detective posing as a date dating websites, even going on dates, to catch scammers? Isn’t that best left to IT, especially since I don’t think those kind of scammers generally try to meet in person anyway?

I also do not see the need for Susie, a rather pathetic shadow of a character who literally exists just to worship Moses. Literally that’s the sole purpose of her existence – she even refers to him as “My Hero”… I don’t see the purpose of her except to put Moses on a pedestal.

There’s also a point in the investigation that sits poorly with me. They’re all convinced that the murder points to a political killing related to G4S’s mercenary activities. There are several clues pointing that way and they say over and over that this can’t be a coincidence – except when they think the killer is a woman then half of the book’s worth of “this is definitely political” is thrown out without a single second thought and replaced with “woman spurned!” No other evidence needed, just the fact the killer may be female means she can only have one possible motive.

We have one noticeable POC, a minor police character who is Asian and Sikh. We have some peripheral women except for Zelda, but they are peripheral.

Most interesting with have Romanian character who has some excellent commentary on how people think about her character, her nationality and how they do not understand her experiences and context. It does come with some seemingly ignorant ideas about Romany

Interestingly G4S is actually a company (does the author on stock?) only in the UK it’s generally known less for being an elite, super skilled organisation, so much being rather incompetent organisation which keeps getting some really sweet contracts to be paid a lot of money to do jobs poorly (see also 2012 Olympics, Medway Youth Jail, charging the government for “tagging” prisoners who were actually dead, appalling human rights abuses – and yes I am going to mention this when a book tries to do a fluff piece about such an appalling organisation. I’m also not a fan about how utterly casual everyone is about incorporating Zelda into their police investigation, especially when they think the murder may directly be related to G4S’s activities. It felt… lazyily handled

I think that’s an underlying issue with many of my problems in the book: G4S’s inclusion, the ultimate murderer, Zelda’s incorporation, invoking werewolves and believing in them – it feels lazy, like these elements are included to move the story forward while being rickety bridges over glaring plot holes

In terms of series… I see this is book one. It’s possible that, after this preamble, future books will actually contain a bit more of a the supernatural – enough for it to actually belong on an Urban Fantasy or Paranormal Romance shelf. As it is, if you’re looking for a contemporary romance, this would fit. If you’re a fan of the supernatural look elsewhere.