The Leftovers, Season 3, Episode 1: The Book of Kevin 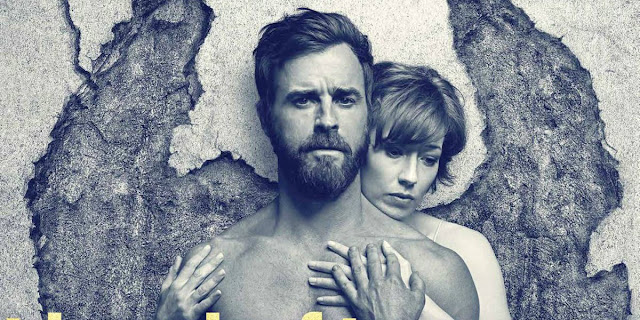 I have absolutely no idea where this show is going now having already been rebooted once and still not really answered any questions except piling random events on drama and then sprinkling with hallucinations. I’m actually reaching a point where I’ve given up trying to understand this plot at all – it feels like a Madlib. Or perhaps that it’s trying too hard to be deep by being random as I mentioned in the review of the season finale.

Watching this episode one thing I am very much reminded of is its dedication to feeling, atmosphere and theme to the detriment of pacing. We have several moments where the characters kind of just stand there either emoting at a screen or doing nothing while the music plays. And, yes, I get it the music is very well chosen and does add excellently to the feel and theme of the show

But it’s slow. And after two seasons I’m kind of frustrated by the whole thing. I already get the themes of feeling and atmosphere: of despair, of fear, of anxiety, of deeply damaged people trying to deal with things, of faith and grief and pain and horror. These are established in great detail already and since this show has already expanded a considerable amount of my patience for it to actually get on with anything that I find the whole thing very frustrating

I also find random opening scenes with no context bizarre. In this case we have a 19th century woman who believes in the rapture. She, her family and her congregation climb on the roof every rapture day ready to be pulled to Heaven and each time they’re not and have to climb down again. Each time less and less people join her on the roof, even her own family. And she never gets raptured

Shall I put this down to the same random opener in season 2?

To the present and Meg and Evie are all doing their Guilty Remnant thing when they’re all blown up by a drone. Well that ends that storyline I guess

Fast forward three years and Miracle has changed. People are coming back, there are lots of camps and it’s not being run like some kind of police state. It’s 14 days until the 7th anniversary of the Departure and because the number 7 is significant people are expecting this to be a Big Deal

Despite that everything look relatively peaceful after all the chaos and horror and rage and fear we saw in the last 2 seasons. There’s no wristbands, no strict population control, no repression. Kevin is now chief of police riding his horse and keeping the peace with relative calmness and sensibility, dealing with the large number of completely random pilgrims with their standard nonsenses and doing it quite well

Matt has a very popular church from which he is basically parading Mary and his son Noah around as walking miracles to his congregation.

Tommy is a policeman under him and is similarly living a stable life helping keeping Miracle stable. His birthday is accompanied with a surprise party and all their extended family

John Murphy is now in a relationship with Laurie. He’s doing the psychic handprint reading now but he’s actually doing it using Laurie’s psychotherapy and stalking skills to try and help people who desperately need help and counselling. They even shred the money they’re given so it does seem like a genuine wish to help people

Nora is still with Kevin and is a big wig for the Department of the Disappeared and actively involved round town – but baby Lily is missing and no-one mentions her. Even Jill shows up. It all looks great

But tensions are still there: Kevin clearly has a few flashback issues and Matt’s religious devotion is going to stir up trouble. He has turned his wife into such a token that Mary intends to leave him.

We’re also reminded that not everyone has reacted to the Departure in a rational manner. We have a visitor from season 1, Dean, the guy who was shooting dogs with Kevin. Because of a peanut butter sandwich he has now decided that senators are being replaced by dogs shifting into people… Kevin is duly sceptical and tries to treat him as unstable in (as Laurie points out) all the worst ways. Dean ends up ambushing Kevin and Tommy and Tommy has to shoot Dean in the head to save Kevin

It’s messy. What’s almost terrifying is how blasé Tommy is about it. Kevin insists that Tommy get therapy – as he did when he killed someone. Only when asked about it he recounts killing Patti in his dream world, as if it were real. Kevin is definitely not as put together as he thinks – as evidenced by his morning habit of suffocating himself with a plastic bag (suicide? Self-harm? Auto-erotic asphyxiation?)

The town isn’t all quiet either –when Matt tries to organise a baptismal, a protest group pretend to poison the water (the poisoning is exposed as fake by Kevin deciding to just jump into it. Because he thinks he can taste all toxins, apparently because that would most definitely not confirm the water is safe). The protest group is drawing attention to the murder of the Guilty Remnant by drone. The official story is that they were killed by a gas leak. It’s the story that Kevin parroted but he and Tommy both know is false.

And the battle between the protestors and Matt’s church looked a lot like the violent protests against the Guilty Remnant, complete with stoning people. The peace of Miracle is all on the surface and only on the surface.

The big conflict brewing is Matt – he is writing a book. The Gospel according to Kevin. He is writing a holy book about Kevin’s life – helped by John and Michael who are all true believers

Kevin is not happy about this at all – completely enraged in fact. But they present the evidence: John shot Kevin in the chest and he got up and without medical attention he is fine. He jumped in a lake last season to drown himself and an Earthquake drained the lake to save him. He took poison and Michael buried him – and he came back after visiting (admittedly an extremely weird) afterlife. Someone coming back from the dead so many time is compelling – and it puts a whole new context to his self-suffocation

Instead we get a skip to, presumably, the future and a woman taking messages from several passenger doves – but not reading them. She then cycles those doves back to a nun… who asks her if the name “kevin” means anything. She says no – but the woman is a much older Nora.

Putting aside the randomness because who can ever say what is happening on this show, the overall feel I get from the first episode is one of simmering tension. Everything is much lighter and brighter than the last 2 seasons but it’s all surface. We can feel how everything and everyone is juuuuuuuust this side of cracking… and the splintering is probably 14 days away