Booke of the Hidden by Jeri Westerson 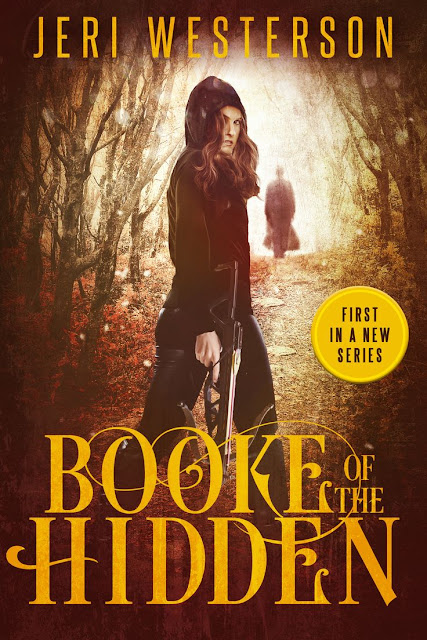 Kylie is ready to make a new start - moving across the country to set up her own business and reboot her life. She meets her new neighbours, sets up her shop - and finds a book

Opening the book releases many dark forces into the world - and Erasmus Dark. possibly a demon, possibly a dark force, and almost certainly untrustworthy but Kylie’s only guide and help, along with a local coven of very inexperienced wiccans, to putting the monsters back where they belong

I am… just kind of bemused by the plot and actions of, well, most of the characters but especially Kylie Strange (yes, Kylie Strange).

I mean she has a bad break up with an arsehole boyfriend so decides to move and have a fresh start. Hey that’s reasonable. So she moves from California to Maine, to a town she’s apparently not even visited to set up a business selling herbs and teas in a rural town where she’s done no real market research and doesn’t even know who heads up the local business association or anything else about this place. It looks like she just picked a place on a map and decided “this town needs artisanal tea”.

Ok I’ll run with that. I’ll also run with her deciding to take a sledgehammer to one of her walls because it’s made of brick because, hey, alcohol. But when magic and woo-woo rise she turns to the local wicca coven - and thankfully this town has one and they all merrily introduce themselves to her on first meeting. As one does. Hey local-doctor-who-is-a-plasterer, want to discuss your non-traditional religion with me, a complete stranger, when you already face some level of hostility in the town because of it.

And weird odd choices like joining a knitting circle to raid someone’s library. Oh and some kind of dog monster which everyone seems to forget about?

We have a love triangle. Kind of. I mean, sort of. I mean, it’s like someone’s checked a list and realised “damn we need a love triangle! It’s required” but wasn’t especially invested in this or going to put much into it. I mean we have sheriff… so-and-so. I mean I could look up the name but really sheriff so-and-so is kind of the limit of his role. Ok, it’s nice for local law enforcement not to be the enemy for once, but if we’re setting him up as the nice human challenge to the supernatural love interest it’d be nice if he was actually presented as remotely, well… compelling.

Oh but let’s look at the supernatural love interest. Erasmus Dark (and you have NO idea how hard I am trying not to snark Erasmus Dark and Kylie Strange) apparently a demon (whatever that means because no-one ever asks or explains. I mean, which mythology? Demons are very different in different mythologies - and don’t tell me we can assume Christian when we’ve just established that half the main cast are wiccan!) in charge of watching over the book or helping the book holder. Which he does by spending half the book raging at Kylie. And it’s such a place holder: he complains she knows nothing, she asks questions, he refuses to answer them. Then he mocks her ignorance again. And again answers no questions.
But hey have crossbow. Because why not. And then she steals his necklace because this is something one does on first acquaintance.

Their romance consists of them both finding each other super hot while she wrestles over sleeping with a demon though she still doesn’t know what that actually is while he doesn’t want to sleep with because REASONS from the power that be disapprove of this. Of course they do it anyway but only after lots of regrets, sexual tension then more kissing, then regrets and then more sexual tension. This is so very not fun

It just feels… shallow. Like this is the outline of a book without any real development of how it works. Like there’s “meet the wiccans” and it just happens. “Satan worshipping biker gang” so they just… appear. Kylie has to command Erasmus - necklace stealing! She needs a weapon -crossbow only she can use with super abilities attached.

In terms of inclusion one of the wiccans is gay. His role is “the other one”. I mean, there’s doc the leader, the actually psychic one, the young perky one who researches and works in Kylie’s shop and then… the other one. Who gets called a f@ggot. Characterisation! There are no POC (and yes, there are POC in Maine)

The concept of this book? The concept isn’t bad. The characters aren’t bad. But the execution just feels so phoned in. There’s no transition, no development and a whole lot of convenience. It’s an introduction to a new series without really much on magic, demons, the main characters or action to really hook me in.