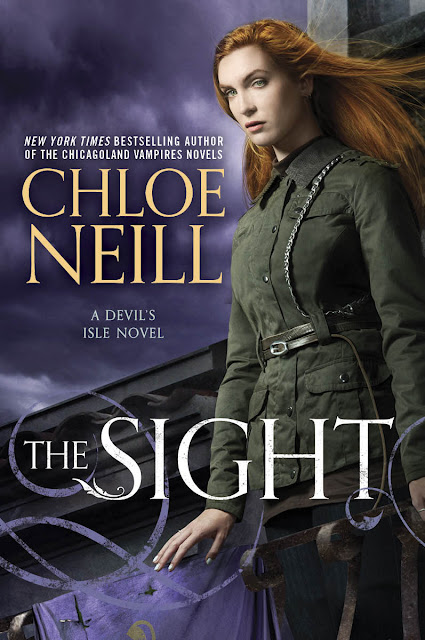 
Increasingly she sees the injustice of Devil’s Isle - not least because of her own carefully hidden magic. But all of Containment are at risk when a charismatic human preacher starts rallying people against the remaining imprisoned supernaturals. The war ended 7 years ago, but someone is trying to start it again


Like the first book in this series, I have to say what really stands out here is the world.


The concept of a war zone created by magical invaders, of the prisoners of that war - so many supernatural creatures - locked away. Of permanent scars left on the land due to the influx of magic and then people trying to scratch a living in that land, in battle scarred New Orleans, in the shadow of that prison, dealing with shortages and magic and the constant threat of wraiths but also the oppression and intrusion of Containment interference.


The magic invaders themselves are divided, not just by creature type and magic but also by faction - the invading Court and the ordered Consularis who were forced into the fight. Then this book brings in lots of extra complexity around Sensitives - humans who have absorbed magic, gained abilities but now risk imprisonment and worse. As well as human hate groups blaming the remaining imprisoned paranormals for everything that is wrong in the Zone.


That was also something that mildly frustrated me - or not so mildly. Like we’re told there’s a difference between the Consularis and the Court and the Court forced the Consularis to fight - ok, fair enough but can we go to that in more depth? See some actual divisions? Maybe meet one of the court? It’s suggested the Court were ruled by the Consularis - were they escaping what they considered oppressive rule? We’ve already had the words “consularis” and “order” even strict order bandied about a lot - maybe expand?


Or expand a bit more on the numerous supernaturals we see? What are they? What powers do they have? What cultures? We alluded to some having troubles adapting to Earth - let’s see that


Or how Ezekiel and his anti-paranormal movement in part succeeds because there’s a lot of very poor, desperate people living in the now 7 year old refugee camps - can we explore their lives and struggles? Or how some are willing to live in the camps because New Orleans itself is so heavily monitored and policed by Containment.


This book, this world lays out a thousand and one fascinating plot points and they’re strewn around and I beg, BEG to follow any one of them up.


And, like completely unnecessary pineapple on an otherwise delicious pizza, we have Liam and Claire’s romance. And…. whyyyyy? We have this world, this amazing world, an excellent brewing conflict pointing out plenty of other nice hooks and still lots of thing about the world that I really want developing a whole lot more and we have this romance in the middle. And I know I harp on about unnecessary romance a lot - it’s just I’ve seen an awful lot of excellent adventures and worlds fall into the background while we focus on the bland love. Which is what gets me - see if Liam and Claire had met, declared each other hot, decided they were going to work together, found they had similar values, had hot sex, liked each other, agreed with each other, became closer through their adventure, shared interest and mutual passion, I’d be there for that. But instead we have yet another couple brought together through proximity and hotness but NO they cannot be together because CONVOLUTED REASONS and then sexual tension, woe, sexual tension, woe, rince repeat like we’ve read in a 100 other books, introduce another guy who is kinda-sorta competition (hi Malachi) for some jealousy. When they finally hook up then we have drama that splits them up again.


Which is what we have here - it’s such a text book paint by numbers romance (right down the the cajun love interest and if you’re in New Orleans you simply have to have a cajun love interest, it is known) and it stands out as extra cliched because the rest of the book is so imaginative and creative. When you have a world with such original concepts, the central romance being so typical with a love interest who feels so meh just stands out sharply


Diversitywise we have Tadjj, she’s a Black woman and a main character, one of Claire’s best friends. She’s intelligent great at what she does - and she also have hooks I want to see developed - like the history of her family which is clearly involved with magic but also her studies - preserving the language and history of New Orleans is also something which would be nice to delve into. In general, I’d like to delve into her a lot more so she’s more than a shop sitter for Claire so she can go from shopkeeper to action lead simply. We do have a number of background characters who are POC and we have an old blind woman with special abilities. Sight based ones - which is rather a trope, but they are abilities that don’t negate her disability.


In the first book Gunnar was revealed to be gay. In this book you wouldn’t know it - he is Claire’s “in” to Containment resources, information et al. Which is nice but when you have a straight white protagonist with two minority friends both of whom are defined more by what they provide to the protagonist than anything else.


I do like Claire, her conflict examination of her past, her trying to reconcile her memories of her dad, her learning about the world, her magic and little characterisation conflicts like her hold on to her shop. Claire and the world are excellent reasons for me to want to keep reading this book and this series and definitely make up for any shortcomings.