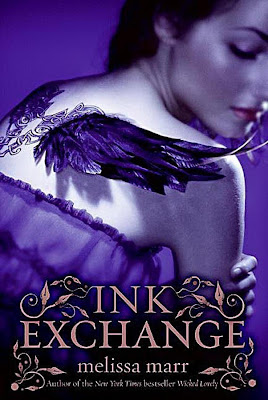 Leslie is a girl with a very hard life. She has an abusive home that drives her to work as much to get out of her home as much as she needs the money to try and keep paying the bills while her father falls into alcoholism and her brother is consumed by drug addiction – and abusive friends he is willing sell her to his dealer for drugs.

Irial, the Shadow King has a problem, the new peace between the Summer and Winter fae have left his people without the chaos and pain they need to thrive. His perceived way out is to find a way to feed on mortals – by binding a Shadow Girl to the court and to him. Through her they will be able to feed and even feast – and he will be able to placate his court that is pushing for a self-destructive war they cannot win against the other courts for the chaos it will bring.

But in linking to Leslie, he finds a humanity coming back the other way, leaving the already reluctant king ever more uncomfortable with being ruler of the Dark Court

I said in the first book that I love this world and that hasn’t changed – the courts, the way the different fae interact, the politics of it is immense fun to read. And the complexity of the many different kinds of fae, drawn from a dozen fae legends all interacting together. There is a vast variety in these stories and I love to see them brought together – with the added bonus of the invisible world, all of this existing completely undetected by humanity.

The story was deep and well paced – it wasn’t action packed, it was a story of experience and development rather than action and events. As Leslie is pulled more into the world, as the different fae are torn more over how to deal with her and how to manoeuvre their courts, as friendship and love and need all clash, it become an extremely involved book. It was a story based more on character interaction than event progression and it was handled excellently, never leaving me bored and lacking any excessive tangents. The characters from Wicked Lovely are present, giving continuation to the story, but they’re not dominant, ensuring they do not eclipse Leslie’s story.

There is a lot of complexity in this book that I also hope to see expanded in later books given the very nature of the Dark Court. It’s easy to create a court of faeries – especially the Dark Court – that exists to torture people for fun. In fact, in the Wicked Lovely, we often saw these fae torment mortals and other fae, it was sadistic and often gratuitous and seemed to be just because the court was evil. This book, looking much more closely at the Dark Fae, brings a different slant which needs so much thinking about. With the Dark Court literally feeding on negative emotions – on fear and pain and anger and blood shed in battle, then this becomes much more complex. Without their torments, these fae grow weak, they starve and they become vulnerable.

Of course, it’s not as simple as “poor Irial he has to torture people to live, woe!” he is not a fae moved to compassion or sympathy. The Dark Court may need pain and fear to live on, but it’s not something they enter into reluctantly or with any recognition of the evil of their actions. They are sadistic, they do revel in pain and torment, they’re indifferent about suffering, they think it’s fun to pose the corpses of the mortals they murder. They’re not portrayed as sympathetic at all (and, really, if they need pain and suffering to exist, it’s unlikely they develop a culture of collective Court Angst), they unabashedly revel in the pain they cause

Yet, at the same time, how do you rule a court that needs conflict and torment to survive? We see more of this conflict through both Niall’s eyes and the eyes of Irial as he becomes more humanised through his bond to Leslie. Can he condemn his people for enjoying what they do to survive? What does he do about his followers who are clamouring for a war that his court can’t possibly win, but at the same time being trapped in a peace that is slowly starving them? How can he do his king’s duty to his people, keeping them safe and thriving when it’s nearly impossible for them to be safe and to thrive?

We further get a muddying of the waters by the careful pointing to the other Courts. While the Dark Court is overtly evil and, to a degree, the Winter Court under Beira was acknowledged as the same, Keenan of the Summer Court has been picking and choosing mortal girls to be candidates for the Summer Queen for generations. A point that was largely brushed over in the first book but came back to be underscored – Irial’s taking of Leslie is hardly more oppressive or problematic than Keenan’s actions with the Summer Girls.

Leslie is an interesting character. She spends much of the book abused and tortured. She begins the book as a victim of her brother’s abuse, being raped by her brother’s drug dealer and her father’s neglect. She has little hope and she struggles to get by, making what money she can to just keep her life running, especially with the constant fear and worry that her brother and his friends bring into her life. She lives constantly on edge, constantly on the defensive, afraid to drink from open bottle sin her own house, locking her bedroom door.

And through the book she is manipulated and lied to by people she considers friends. She is used by powers far beyond her in magnitude and she never develops shiny abilities that would come close to helping her match them. She is ignorant and largely left as such through the book and helpless in face of several forces that could destroy and easily manipulate her – both of which do so: Niall through his addiction and Irial through the ink. Irial controls her, abuses her, puts her life and sanity at risk and exploits how she has been damaged and left vulnerable by abuse.

But, while this is all true, it’s very much a story of Leslie surviving this. Leslie is a survivor which is what she holds on to, which is what Niall tells her is important, which is what she does. Survive. Live through it, manage it even when it seems hopeless and she’s hurting and helpless. And, ultimately, while she has next to no agency for the majority of the book, this is a story of her finding it, asserting it and coming out the other side with her own choices. I won’t spoil the ending, but I love she rejects the futures that have been laid out for her, the choices and the paths and the people – she makes her own decision, breaks away from any who would control her and ultimately lives her own life.

This isn’t a story with a lot of agency – but it is a story about Leslie finding, developing and asserting her agency against so much that would deny it.

Alas, there isn’t any more diversity in this book – it’s still very straight and very white. But it has a lot of other extremely good points carrying some great food for thought and some nuanced representations on top of a really fascinating world and a powerful story.