Face Off: Have Sex Later, Damn It! 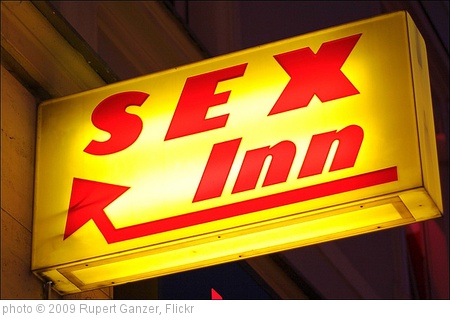 Many Urban Fantasy books, and certainly Paranormal Romances, contain a fair amount of sex. And there’s nothing wrong with that – it’s nice to see adults who are happily sexual (well, usually) but sometimes we do have to wonder about, well, the timing.

Sometimes, something is more important than getting it on. Maybe you’re under attack, maybe you have a mission, maybe the end of the world is coming – whatever, sometimes you might want to zip your trousers and deal with things before the dry humping starts, just maybe.

I’m not even talking here about the habit of protagonists going all goo-goo eyed with lust at even the most ridiculous moments (Sherrilyn Kenyon, do you really think how ZOMG HAWT that guy is really going to top of someone’s priority list when they’ve been kidnapped?) but actual stopping everything and outright having sex in the middle of the action.

Gin Blanco from Jennifer Estep’s Elemental Assassin series will always be able to fight for this title – not least of which because it was so out of character for her and her usual professionalism. But in the first 2 books she has sex with Caine when she should be running away, and another time she has hurried sex in a closet rather than keeping an eye on her target and being ready to act. The assassination was jeopardised because Gin decided that would be the opportune moment to shag Caine in a closet. Uh-huh. Needless to say, this is not professional.


Clay and Elena, from Kelley Armstrong’s Otherworld series  need Jeremy to follow them all the time to remind them what they’re doing so they don’t stop to have sex. Now, the reckless playfulness between them is part of who they are – but stopping in the middle of a burglary to have sex? When running away from insidious kidnappers who engage in torture, murder and vivisection? When deciding to hide some bodies? I’ve actually lost count of the times they’ve had sex when they should have been doing something else – and the times Jeremy has had to ask them to reschedule because they’re in the middle of something.

Anita Blake, by Laurell K Hamilton, of course takes a special prize for having sex anywhere and any time. The excuse is, always, that dreaded thing, the Ardeur, that magical need to have sex or starve. And, of course, it often gives her a power boost to finally make the big bad die – yes, she often humps the enemy into submission.

Justification or not, she has often had sex at the most ridiculous times – at work seconds after meeting a client (the screams of which where heard through the building – and she left a damp patch on the carpet of her shared office) and there was the time when a mighty Master Vampire was trying to control every Master of the City in the US – so she went out to the car to have a threesome. Moving vehicles, yes, while kidnapped, yes that’s how she claimed Nicky, she even made out with Micah at a graveside in front of a client and a judge.

The sad things is, I’m sure I’ve missed examples, so I throw open the question to the floor – what is the worst moment when the heroes have paused the action, dropped trou and decided to hump rather than deal with the pressing plot?
Posted by Sparky at 12:00 PM