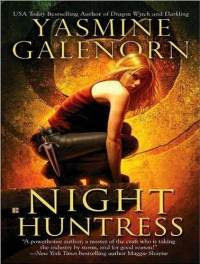 The fate of the world still rests on the sister’s shoulders. The instability of the portals between the worlds means more and more monsters are creeping through to Earth, including creatures from the Netherworld, further stretching their time and attention.

The quest for the spirit seals continues, the battle to find each of the artefacts before Shadowwing which has only become more urgent after their defeat to the Rakshasa in the last book. And the Rakshasa has become ever more ruthless – willing to target their friends and loved ones to force them to capitulate.

And their personal lives don’t get any simpler with Delilah having both demands from the Autumn Lord – and future plans – as well as drama from Chase, her human boyfriend. And Camille learns more of the fate of her lost lover, Trillian.

All to a background of endless political upheaval from fae civil war in Otherworld, to the newly formed Earthside courts creating tension and potential disruption even as they try to build a more united force to face the demons.

My main problem with this book is one of balance which relates to a criticism I’ve had with this series before. These books are growing huge. We have the three sisters. We have Iris, Smokey, Trillian, Morio, Chase, Zachary, Rozurial and Vanzir. We have a huge host of minor characters. We have the major powers – the Queen of the Elves, the civil war in Y’Elestrial, Shadow wing and the demon invasion, the portals breaking down allowing random monsters through, the “Triple threat” of the new three earthside fae courts. We have a host of monsters and creatures of every kind. We have the panther pride and wereorcas and wereseals and a computer database and a vampire organisation – there’s such a lot of powers here. The realms we know the most (earth and otherworld and the demon realm) are backed by the Ionyic Sea and the Netherworld, the Northlands and then there’s different regions within each. There’s the elemental lords and the hags of fate and doubtless many things I have forgotten.

It’s huge. With such a vast world with so many references and so many parallel powers, stories and considerations, this book needs to be tight to avoid meandering all over the place, to keep the story relevant and not get lost in the vastness of this and keep the sense of urgency going.

But this series has never been good at that. I’ve complained before about the mundane elements of the sisters’ lives clogging the story - like eating meals etc. The problem with these is that the insights into their lives are interesting when discussing, say, Maggie growing up. But that doesn’t mean we need to know how many pancakes Iris has prepared for breakfast or Smokey keeps buying pizza take away. This is compounded now by constant references to the world that aren’t necessary – we had references to the past battle with the werespiders, we had Camille telling Delilah about Smokey and Rozurial travelling through the Ionyc sea – many little references like this. When we throw in side quests like hunting down random venidemons and  going plant hunting in Otherworld and the whole story is horrendously cluttered.

It’s not that all of these references and side quests and mundane elements are wrong – far from it. It’s just that there’s so many of them in this incredibly large world that there desperately needs to be some triage.

Which brings me neatly to what I love about this series. The world. The sheer amount that is here may trip up the story – but the richness and fullness of the world is something that leaves me in awe. Despite the many many books we’ve read with all their diverse worlds, I don’t think any fictional world has as much detail and as much breadth and depth as this one.  The different planes of existence, with their own politics and powers, their own effects, their own influences, their own dramas form something that is almost unbelievably huge – which makes it all the more important to be careful not to drown in it.

Equally, with all these realities and hugeness, the story carries a sense of epic. There’s so much riding on what the sisters do and forces are coming from many different corners of reality They’re putting together a team from all these sources, but also facing difficulties, attacks and endless worries equally from these directions. Their worry over the portals, the fae courts, the Overworld Civil War and, of course, always the threat of the demons really stress just how much rests upon them and the powers they face. It’s one of those books that can convey the full tension of the world riding on their actions and make it clear the pressures the characters are under – yet, because of that, it becomes all the more important that the urgency and pacing of the book remains strong or it breaks the sense of epic consequences that are so integral to the story. After all, how epic can the consequences be when the characters are so easily distracted from them and so inclined to delay dealing with them.

The characters also have a realness to them – especially the sisters – that makes their personal issues as important and vital as the battle to save the world. I don’t normally care for dominant romances and one good thing about this book is Delilah’s romance with Chase didn’t eclipse the greater issues – but nor was it cast aside as irrelevant either. The same applies to Camille’s worry over Trillian. The characters are strong enough that their personal lives don’t feel like distractions from the epic. It’s also pleasing to see a romance that is neither perfect nor riddled with convoluted drama. Not that there isn’t drama in it – far from it – but it’s reasoned drama rather than the standard love-triangle-and-convoluted-misunderstanding drama that is so common.

Still, there are flaws. I do think Delilah’s treatment of Zachary amounted to more spite than affection. Yes she may care for him – but she went to him and set up a date after Chase cheated on her – it felt like a mix between rebound guy and “that’ll-show-him”. The books also present fae society as normalising polyamory – which is a nice idea. But I’d like to see one of these polyamorous relationships not hit by jealousy.

Inclusionwise, the book does have some very strong female characters in the sisters, each with their own personalities, their own unashamed sexual natures, their flaws and their determination to do what has to be done to save their homes. They’re not perfect and they’re very different people, but they’re very real and they definitely rule their stories. We’ve also seen a distinct lessening in Smokey’s constant menacing of everyone which makes both his friendship and his relationship with Camille much more palatable.

The only notable POC in the book is Morio – and of the main characters he plays such a minor role. He’s the backup, the background and the omega. It’s a shame because he’s a character with real potential, but I thought even Rozurial and Vanzir were more prominent in this book.

GBLT inclusion is a fraught one. There is one gay man and one lesbian in the series that made a tiny appearance in this book – which is rather the norm for how they are treated (any longer presentation has been worse, not better). The sisters are all labelled as bisexual but, and despite their multiple partners, their relationships are entirely with the opposite sex – the series has had 1 counter example which was less than ideal in itself. We did have a bisexual villain – who, of course, tortures and rapes both genders. It’s not ideal.

In all, I like this book and I like this series. I could very easily love both. But the pacing, the distraction and the sheer drowning in the plot, alas, detracts from it to a degree that the books become far too much of a slog to be anything close to idea.