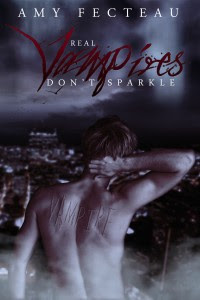 Matheus had put a lot of effort to escaping his past and leading a nice boring life free from any kind of drama – or any real human contact. Until he was recruited to steal something from his workplace

And by recruited, we mean threatened with terrible, horrible torture until he complied. If there was any doubt as to the sincerity of the threats, his contact is a vampire. And to ensure his silence, he makes Matheus one too

Learning to become a vampire isn’t easy – less so when you have considerable resentment towards the vampire who murdered you. There’s a lot to learn, a lot of hoops to jump through, city politics to navigate, hunters to dodge – and some surprising revelations to learn about himself as well.

But even that gets complicated when his long hidden past returns in force.

And throw them out the window! Because they don’t apply here! Yes, I’m quite gleeful about this. A vampire story without so many things that are now staple – and impossibly gorgeous vampire, lots of angst for no good reason, a whole lot of sanitising what it actually means to be undead and a monster with a heavy side order of super powers and romance.

Not this book. First of all becoming a vampire is difficult and really messy – as Quinn notes, he really should have brought a mop.

The vampires drink blood and kill people. This isn’t a choice and there isn’t an alternative – for a vampire to go on living they kill people. This is a moral quandary and it is treated as such –something to think about and feel guilty about and try to find exceptions and minimise the damage and have considerable resentment from Matheus towards Quin for both murdering him and dooming him to murder other people. It’s not angst in a “oh what a terrible person I am” but it’s extreme discomfort, anger and fear over what Matheus has become and what he has to do rather than the very tired angsty monologues over nipping a vein. It has a depth, a nuance and a strength to it that is sorely missing in so many stories of monsters that regret who they are.

In fact life and death continue to be a major theme in the books. There are a lot of deaths and they’re not even slightly sanitised. It’s graphic, it’s often brutal and it’s not pretty nor is it meant to be. People die – and no-one’s expendable and no-one’s disposable and even people hunting you or working for the evil corporation are people with families. At the same time, while everyone who dies is human, Matheus is not a saint – and he’s certainly not going to weep for his torturer – and Quin is far too jaded by his centuries to feel anything.

Which makes this book seem awfully grim – but nothing could be further from the truth. If I had to pick one point about this book that was truly awesome it would be the humour. Matheus’ internal monologue is hilarious, his snark is of the highest quality and his banter with Quin is truly excellent. Their bantering back and forth would make the book itself. Because it’s not just screamingly funny, it also covers quite a few of the nuances in their relationship – Matheus taking out his daddy issues on Quin (and my gods does that man have some epic daddy issues), to hating Quin for killing him and turning him into a vampire, to relying on Quin to guide him as a vampire, to grudgingly liking Quin and then exploring his own questions about himself and the nature of his relationship. It’s funny, it’s deep and it’s nuanced.

Does it always work? No, it doesn’t. Sometimes Metheus is childish in ways that go beyond his daddy issues and are quite frustrating. Sometimes the banter is a little forced, sometimes it falls a little flat – but these are rare occasions among a sea of absolutely awesome character interaction and development.

There’s also a story there – it’s not just Matheus becoming a vampire and dealing with it – nor is it just random events like Matheus and the hunters which was a beautiful, poignant and frequently hilarious scene (and I have to praise against that we can have depth of emotion, real pain and poignancy and alternate it with true hilarity without detracting from any part of it). There’s a mystery with Matheus’s origins that are referred to and foreshadowed from the beginning but it is excellently done – enough information to develop but never enough to give the game away early. And it all comes together – his past, learning to be a new vampire, the other vampire factions – in one excellent conclusion that even with a truly evil big bad still has heavy layers of nuance and complexity that prevents you simply dividing them into heroes and villains.

While the story is primarily about Quin and Matheus, the side characters, even though minor are not neglected. Bianca certainly has some development to her and is a fully realised character with her own history and goals. Juliet certainly has her own agenda as does Milo – though I wish we could learn more about him especially since he’s also the only major POC in the book. But what I like about him is our lack of knowledge isn’t down to no-one caring or him not being developed, but because he has absolutely no intention of explaining himself to Matheus, finds his interruptions annoying and his questions invasive.  And then there’s Fletcher who epitomises the conflict in this book, the nuance, the problem with having vampire protagonists we can identify with but at the same time never letting us forget that no matter how much we like Matheus and Quin, they’re still murderers by nature.

And, of course, Quin is gay. Is the portrayal perfect? No, there are moments that annoy, moments when people refer to him in unacceptable ways that are unchallenged and ways that Matheus comes to his own realisation that are off. I also really hate that gay relationships in fiction seem to absolutely require a massive power imbalance and an almost adult/child dynamic; even with Matheus’s epic daddy issues (and fierce objection to the way Quin treated him) it grinds on me. But for every not-perfect moment there’s a lot of truly excellent moments – like Quin objecting vociferously to Matheus’s endless “I’m not gay” insistence and to anyone trying to put him down of mock him for being gay. Partly by vocal objection and partly being so dangerous, so old and so obviously in charge. The relationship between them does develop well – it isn’t fast-tracked nor is it full of fetish-seeming sex scenes (or sex scenes at all), the relationship is far more important than getting it on.

When I first got this book I got a copy in PDF format protected by Adobes oh-so-wonderful DRM. In other words, it crashed every 20 seconds, wouldn’t let me make notes and otherwise made it a nuisance to read. I have a reading list that never drops below 20 books and usually has 50 or more – I don’t spend time on books that fight book. But this one I struggled to read, I kept trying to read and enjoyed it even though it was nearly impossible. Thankfully the author sent me a much more sensible format that worked wonderfully – but it’s a testament to the quality of the book that I didn’t just put it down and move on to the next book when it became difficult. In the short period I had read it, the book had hooked me in. This book was a gem to discover, a complete surprise to me and one guaranteed to rob me of my sleep until I’d finished it in its entirety.