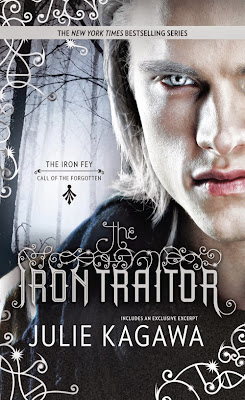 Keirran has gone missing and, despite his best intentions, Ethan and Kenzie are being drawn into the search and his quest

Annwyn, the Summer Fae Keirran loves, is dying. She is fading, the fate of all exiled fae cut off from faerie. She is losing her magic, her memories and her very self until she just disappears.

Desperate, and ignoring that his relationship is banned by all 3 courts, Keirran is searching for some way to save her. But how high will the cost be, how dangerous the journey – and what will the consequences of their desperate search be?

There’s a very unusual and interesting element about this book which I’m going to try to allude to in non-spoiler terms though it may make it hard to get it across.

Throughout this book, I’m kind of cursing the main characters – especially Keirran. Yes, he’s in love and yes his love is dying and of course he will want to do anything to fix that. Isn’t that basic nature? You want to save the one you love – how can I object to that? Well… it’s the “anything” here. Because “anything to save the one you love” covers a whole lot. In fact, that “anything” covers a whole lot of highly dubious things which really left me wondering just how much was I supposed to accept as justified by true love? Harvesting children’s nightmares was bad, but repeatedly risking wars between the three courts of faerie, destroying ancient and vital spirits, picking a fight with Titania – it was foolish, it was reckless and it was deeply, deeply selfish.

Yes, he’s in love. But his love doesn’t mean that he can reduce the rest of the world to ruins for the sake of it.

A lot of the time a contrast is drawn between Kenzie, Keirran and Ethan with Megan, Ash and Puck – look at these kids, just like the last generation! But I really don’t see it. While Megan and Ash were in love, their primary quest was always saving others – rescuing Ethan, defeating the Iron King, stopping Summer and Winter going to war, stopping the false Iron King; their primary quests were noblely helping others, not preserving their love. Similarly, they didn’t defy the courts and refuse to work with anyone else just because – they did it because they had no other choice and no-one was willing to help or work with them. And when they did break rules for their love, the consequences were personal, not public. Ash and Megan’s love stopped wars, it didn’t risk them; they risked exile, they risked Ash’s fae nature, they risked their lives – they did not risk the world. And when faced with a choice between her family and Ash or stepping up as the Iron Queen, Megan put on her grown-up trousers and stepped up to the throne. The whole Nevernever being consumed by war was too great a price to pay for her love.

To compare Keirran & co with that is… lacking. Even Keirran’s sympathy for the Forgotten is a side issue that is barely covered or addressed and certainly not his driving motivation. And, yes, Ash is responsible for the Forgotten situation in the first place - but that was a problem he caused without knowing and without any realistic chance OF knowing he was causing a problem – Keirran is leaving devastation in his wake, fully aware of the risks.

So, for a lot of the book, I was kind of irritated with the main characters. I wanted Ash to find them. I wanted him to ground his son until he can grow up and act like a reasonable adult. I sympathised a little with Annwyl (but not really because “Keirran’s love interest” is pretty much the sum total of her character – and she could be replaced by not just any woman but any suitably desireable toy, bauble or shiny thing that Keirran would want to save without massively changing the story) but not to give Keirran a pass.

And then, towards the end, the book itself acknowledged these problems and issues. I was irritated for the entire book and we end on something openly flipping the story and reframing the whole thing in a truly excellent fashion, which leaves me kind of confused on how to feel. Because I was still annoyed for most of this book – but it does flip. I’m left saying that, yes, it’s annoying, yes the protagonist needs a slap, yes it’s frustrating, but hang in there, it’s worth it in the end.

One narrative I didn’t like is Kenzie and guilt – yes Ethan likes his angst complex and we all know urban fantasy is full of protagionist whos decide to treat us to endless paragraphs of how they feel guilty and responsible for things completely out of their control and it is nice to challenge that. But that doesn’t mean that every instance of guilt is someone deciding to take the weight of the world on their shoulders – sometimes they’re guilty because they are responsible for bad things happening. It didn’t work for me, my reaction was more:

Ethan: Look at what we’ve done! Woeeee!
Kenzie: You can’t wallow in guilt, it’s done and past, feeling guilty won’t change it
Me: Hell no! Wallow in that guilt, boy! I want to see some sackcloth and ashes right now! ‘You can’t change it so don’t feel guilty?’ what kind of sociopathic self-serving philosophy is that?!

Things I liked a lot more was how this book challenged the men constantly taking away the women’s agency. While Annwyl is not much of a character, one thing she is vehement about is that she doesn’t want Keirran to be risking his life, his soul and the entire world on trying to help her survive. She insists the cost is too high – she is constantly ignored by Keirran, but there are consequences to that.

Another is Kenzie. Kenzie has advanced Leukemia. She is dying. This means just about everyone around her is sweet and nice and tries to pack her in cotton wool – because she is terminally ill, they’re preventing her from living. She is adamantly against being “protected” and outraged when Ethan tries to leave her behind because she’s ill. Her challenge of that protectiveness (while not being reckless or actively courting danger) is a wonderful part of her character along with her general competence proving again and again that Ethan’s attempts to make her stay in the background or stay home are deeply misguided.

The story itself is fairly classic Iron Fay book. Which means it’s linear, with no side plots and a basic quest dynamic. There’s a twist but it’s at the end and the journey along the way is fairly simple -  go here, find this, be guided by a mystical whoosit to the next step in the quest, overcome obstacle by Puck or Grimalkin showing up (both awesome characters). It’s not a bad story by any stretch, but it’s pretty railroaded down clear lines. It’s fun, it has an original world but the story doesn’t thrill me. It’s a good read, but not an exciting one – not least of which because I didn’t like the main characters

Common with the rest of the series, there are no GBLT or POC characters in this book – and by book 6 that’s pretty glaring and I’m losing hope in it ever changing.