I am Satan (Hellbound Trilogy #2) by Tim Hawken 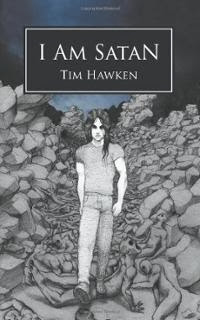 Now ruling Hell, Michael has a lot to handle and little time in which to acclimatise to his new role. He has to consolidate his rule to ensure that Hell doesn’t fall into complete chaos without Satan at the helm and start making plans for his ultimate goal

But that also means pinning down exactly what his ultimate goal is – revenge against Asmodius, or rescuing Charlotte, his true love, from Purgatory. Which is more important to him and does it matter which path he chooses?

And can he become powerful enough to do either?

There is a change of focus in this book, as Hellbound was a very personal book, focused almost entirely on Michael, on him learning who he is, learning the nature of Hell and, ultimately, the big reveal. This was an excellent way to firmly establish the character and his viewpoints as well as to explore the world through his lens – a limit that was necessary to make the end reveal all the more powerful.

I Am Satan expands the world a lot more, we see a lot more of Hell, Purgatory and Heaven through the eyes of many inhabitants (even if told from Michael’s point of view) and, therefore, more of the nature of the world without Michael’s views, Asmodius’s hate or God’s propaganda. It took things that were hinted at before and widened the lens to show how deeply flawed the creation is in so many different ways. Even elements that looked so possible on paper in the first book, like the redemption from Hell when souls have confronted their sins, fades with this wider lens and we see how conditions in Hell are such that most souls will inevitably end up further corrupted more than they will ever face redemption as they’re put into a rule-less, brutal world where the strong and ruthless are rewarded and the weak suffer and are preyed upon (this also, as a side note, also makes for an excellent comparative metaphor to our own prison system).

The book also makes an excellent job of not just demonising god as evil – that would be easy and simplistic, and this book is anything but simplistic. There’s even parts of the book where it’s expressly said that the world suffers when god is inattentive. It’s more that god is incapable or unwilling to see things outside of his own lens of experience – it’s a classic case of ignorance and lack of empathy more than active malice (at least before the end of the last book) as well as a complete lack of understanding the human experience. This leads to suicides being harshly judged, being unable to see the burdens placed . God sees the forest and ignores the trees – and sees no problem in cutting huge swathes out of them to improve his view and make everything prettier.

All of this is revealed in slow stages, through the stories of Judas and Mary Magdalene (both of which have some fascinating twists to their stories – including an excellent reimagining of the cleansing of the seven demons from Mary), through the knowledge of Zoroaster, the Perceptionist and various other figures – never too much at once and always building together a series of stories all coming to the same conclusion to give a complete picture built up of a series of elements.

And then there is Zoroaster – who, as far as I can tell (being no expert) does carry the philosophy of Zoroastrianism, And it’s fascinating – there’s the very real possibility that this human actually understands reality and morality better than the god who created it – his devotion to truth and rejection of lies makes for a great character and some brain squeezing questions. He challenges Michael and the reader for lots of complex thought – especially when he makes a point of questioning why things are being done – because doing the right thing for the wrong reasons will not change anything and will set the world up for greater chaos. Zoroaster is a great challenge to presumptions and any attempt to just think “god evil, must fight” but he, and he Perceptionist add even more nuance than that. Because while both are a great source of knowledge, they are not comfortable to listen to – and part of the harsh, starkness of what they raises the question of whether they are right as well? Oh, they may be more right than god, certainly, but their unemotive, clinical view of the world may be incomplete suggesting that they, too, may be flawed oracles (outright shown by the Perceptionist himself.)

There’s a huge amount of moral thought and questions in this book and it’s always constantly challenged. Michael is on a quest to bring down god – but he cannot give into his hate and must hold on to his love if he doesn’t want to devolve into a demon – or go off the rails entirely, yet at the same time his hate can be an asset and a strength on several occasions and hatred even allows his happy ending to this book. Top this off with the question of doing the right thing – which involves self-sacrifice and looking at the big picture of individuals in stark contrast to the way god looks at things – and all of that comes together into a wonderful, complex and very thought provoking way. Nothing is simple and many things have multiple angles from which to view them

By reading this, there’s probably a sense that this book will give you a grand headache and be horrendously ponderous – but it’s neither. Because while there’s certainly a lot of food for thought here, it is never overwhelming at the time, it’s carried through the whole book with everything coming together rather than brief moments of complexity. The story also continues to move, all of this information and thought is brought while actively doing something or pursuing something – it isn’t naval gazing or info dumping and the story keeps moving forwards without being bogged down or lost – it comes together excellently.

I really wish I could say more, but cannot without spoiling it. It’s one of those books where I want to find people who have read it and sit down and talk about it, chewing out the mind sets the possibilities and the philosophies presented and contrasted – because it’s fascinating and it begs to be dissected and discussed and debated and thought about and discussed some more.

We have an excellent female character with Mary, though I do wish she didn’t take the romantic track she did making her character very very very male orientated. Clytemnestra isn’t very present but where she is she is beyond capable and even Charlotte surprised me in the end, having a strength, wisdom and agency beyond what I expected; though this is still very much Michael’s story.

Zoroaster is a POC, as he should be (though his dates are a little shaky) as is Marlowe, the Perceptionist’s servant and guard (a very minor role). Mary and Judas are not, or do not seem to be, however, Mary has long red hair (which could be drawn from Renaissance art – since that was part of the arists depicting her, inaccurately, as a penitent prostitute. Or maybe she really did have red hair, though I think it unlikely). We do not have any GBLT characters.

The first book started well and this one has built upon it to go even better. It’s complex, involved, thought provoking and fascinating – it’s deeply compelling, has a strong story and will be long remembered. I have high expectations for book 3