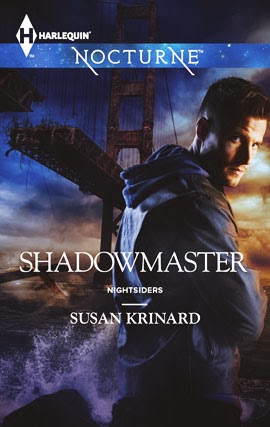 Phoenix is an Aegis agent with something to prove – the daughter of  hero, she’s only a quarter vampire, unlike her half-vampire, dhampire colleagues – and constantly questioned whether she’s good enough. When the opportunity arises for her to enter the Fringe on a dangerous mission to help identify a vampire assassin – an assassin on a mission to kill the Enclave’s mayor and destabilise the human government – she welcomes the chance to prove herself

But her eagerness also means she exceeds the mission brief and stays longer than she should have – and in doing so learns more about the assassin. Deeply conflict Drakon, only recently a vampire, he’s well aware of the injustices that pervade human society. The longer she spends with him, the more she sees the darkness in the city she protects but, equally, the less Drakon is driven by his need for revenge. As they become closer, both of them have a radical shift in their priorities – but the plots of their superiors are hardly reliant on them alone

How did humans even survive this war against the vampires? Future humanity seems to have one battle strategy – throw attractive women at the enemy with the warning that they may have to use their bodies to win! Do they even have guns? I can picture their regiments now – the 1st Regiment, Bunnie’s Burlesque, 2nd Regiment, Davina’s Dominatrices… Hold your ground ladies, don’t fight until you see the hardness of their cocks! On my maaaaark…. OPEN HUMP!

Y’know I could handle enemies meeting in battle and coincidentally falling in love – but it’s the regularity with which the generals send out their soldiers with the refrain “don’t be afraid to use your vaginas, ladies!”

When they say “make love not war” I don’t think this is what they meant.

So we have Phoenix who is sent to the fringes of the city to try and find a gang boss in the underworld in the hopes of finding vampire spies supporting a vampire assassin. She is expected to use all of her sexual wiles (in fact, there’s no other wiles or skills mentioned so it’s less “last resort” and more “only resort”) and of course she meets with Drakon, the assassin and lots of attraction follows.

And from the first meeting there’s lots of lust and endless attraction and what she thinks will be an unpleasant duty instead turns into something totally hot she totally wants within seconds of meeting him and after about a week, (probably less) both of them are quite willing to betray their people, their species and their personal agendas that cut to the bone with angst 5 seconds ago because they love each other so much.

Much the same as the last book and the book before that.

What’s frustrating is, like those previous 2 books, there’s something there. There’s this excellent post-apocalyptic world with 2 societies constantly on the edge of war. The vampires and the humans are struggling to maintain the peace even as factions in their society are pushing for another conflict. Just as the last book looked at Erebus and the world the vampires had built, this book focuses more on the human Enclave.

We see not only that the treaty between the humans and the vampires has forced humanity to do some pretty awful things (the treaty requires them to send severe criminals to the vampires as sentence – therefore fulfilling the vampire blood need; but when there’s not enough severe criminals, even petty crimes or complete innocents are included to prevent a war) but also that corrupt politicians are exploiting the treaty as an excuse to crack down on humanity, to clear out “undesireables” and keep people under control. There’s also a lot of more mundane but ever present problems like classism and the treatment of people who are considered “not useful” to society. We also see the human pro-war faction and how differently they operate compared to the vampires; which in turn really shows how the species operate. The humans plot, plan and develop dangerous new technology in great secrecy. While the vampires also plot and plan, but don’t co-operate very well and seek more to overwhelm their political opposition and then just go for the humans with fang and claw.

The story itself could also be very interesting. At all times Phoenix and Drakon are put in a position to the doubt the other. Every scene, every story meant to create trust could just be a plot on the part of the other; not helped by other spies with nefarious agendas muddying the waters with all kinds of complexity. This could be an awesome factor of the book since there are so many people with hidden agendas that it’s nearly impossible to decide who to trust and it’s less a case of whether someone will be betrayed – but who and for what faction. Betrayal is a given – but which of the many different competing forces ACTUALLY holds the loyalty of the double agents

But it falls flat, because despite seeing the abuses of society and despite all the conversations about a better way, their history etc, all of this “can I trust him/her” comes down to humping and hormones. To the point where Phoenix is throwing out all human loyalty and angrily defending Drakon for little reason beyond “I love him, he wouldn’t do that.” Which, even if I accepted the love that happened in such a short time, would still be dubious because loyalty to his people could still outweigh any affection he feels.

But we have this thread of not so much love-conquers-all but insta-love-removes-all-other-considerations throughout the book. And because we’ve followed the pattern twice before, there’s little tension on the part of the reader – there is no chance of Drakon betraying Phoenix. There is no chance of Phoenix working against Drakon. Despite the vast, major forces that SHOULD be pulling them in different directions. All the intrigue becomes external, both Erebus and humanity become enemies not because of any reasoning so much as the fact that the pair could never be together under either system.

I also think the book is naïve. Vampires have risen up – creatures that humans are taught cannot feel real emotion – and effectively destroyed society, leaving walled Enclaves behind constantly on the edge of war. The idea that humanity would be outraged over vampires being tortured – or that if a weapon were produced that would annihilate vampires that people would be shocked at the genocide – seems so very… unlikely to me. I think if someone turned round with a weapon that would render vampires extinct, there wouldn’t be a response of “nooo! That’s genocide! How very dare you!” There would be a parade. And either the world is unrealistically fluffy that way, or Phoenix is shockingly naïve for a military agent.

Similarly, it also irritates me how the problems in the Enclave are magically viewed without considering Erebus at all. Like the authorities evilly rounding up people to send to the vampires is never really discussed in the context of those human sacrifices being needed to maintain the peace between the vampires and humans – it’s almost presented as evil dictatorialness on the part of the humans alone. Similarly, the idea that killing the human leadership and leaving them in chaos will magically allow them to build a new better society completely ignores that the humans being weak will likely lead to invasion – or that humans having their leader assassinated by Erebus is bound to provoke a counter attack. Even criticising the Enforcers for launching sweeps through the Fringe is rather glaringly ignoring the numerous vampire spies and an assassin that are apparently sheltering there.

I’m not even judging them based on the orders they’re given because they are agents for their respective governments. These aren’t their orders or the thoughts of their superiors – these are their thoughts, their plans and their hopes. At best they’re vague and undeveloped but at worst they’re glaringly ignoring the realities that actually make this world.

Top this off with minimal inclusion, we have a couple of POC mentioned in passing in Aegis (both Asian) but they have minor roles, at best (a friend of Phoenix we see for 2 seconds, and Phoenix’s boss) and no GBLT characters at all (if the vampires weren’t also lacking in GBLT characters, sending in gay men may at least let them win the war against the Hump Brigade) and it’s a book that could have been great… but wasn’t.