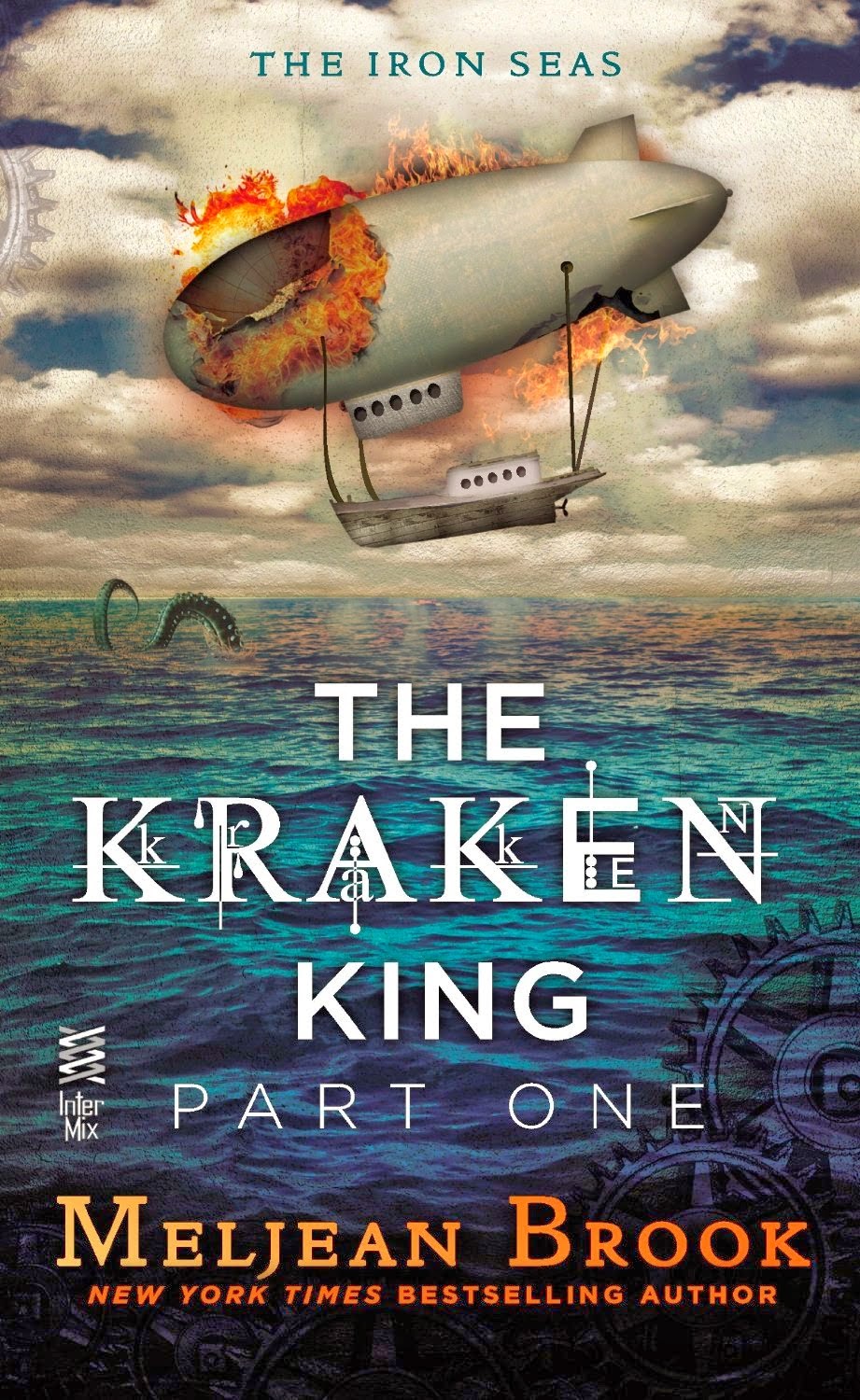 Zenobia Fox, novelist, sister to the great adventurer, Archimedes Fox, is ready for an adventure of her own, rather than experiencing her brother’s second and. And preferably without it coming at the hands of yet another kidnapping attempt by her brother’s myriad enemies.

Which brings her to Australia, with her friend Helene, heading towards the Nipponese Empire – when a series of unfortunate events lead to her being somewhat stranded with Ariq. Horde Rebel, smuggler, general and the Kraken King with a truly fearsome reputation. He has his own worries with a threat that could tear apart everything he’s built – and he doesn’t know what to make of her. Spy? Agent? Courier? There’s definitely something she’s hiding.

I love this world. The whole concept of the Mongol Horde with super technology dominating Asia, capturing or decimating Europe and Africa and the European powers fleeing the continent is a fascinating alternate world. With extra zombies as well! Even better this book goes beyond what we’ve seen before, moving to Australia where the fleeing Empire of Japan (or Nippon) has moved to escape the Horde. The whole world has been shaped to make it a wonderful steampunk alternate of ours – not just a few countries, but the whole world has been extensively and carefully built with extra repercussions and possibilities considered (like the fleeing powers not having the power of our colonies and were unable drive out or control indigenous peoples).

I also love Zenobia. Zenobia is awesome. She’s snarky, has an amazingly excellent acid tongue, she’s witty, she’s clever, she’s highly intelligent, a problem solver, creative and thoroughly dedicated to living her life her way despite the sexist strictures of society. She’s scared, her life is extremely complicated by her brother’s adventures and the number of enemies he’s made who all look at her as a vulnerable link. She lives with her bodyguards under a false name – but despite this fear that drives her life she faces it with courage and resolve, never letting it spill out whether other’s can see. And in a crisis she responds with intelligence, skill and quick, capable action (and not with any kind of super fighting skills or super powers).

And did I mention she’s snarky?

Of course, she’s also not interested because of a Misunderstanding and he presses – not nearly as much as we’ve seen in other books, but he continues to flirt when she has made it clear she’s not interested.

In addition, while both of them are very interested in each other, the rest of their lives (either of their lives) doesn’t disappear or get put on hold or fade into the background when the prospect of  romance appeared.

One thing I do like is while there’s a lot of mirth at Helene‘s expense for her silly ways and frippery, there’s also an underlying respect. Zenobia recognises that she isn’t always that fair on her. Ashe also realises, to her embarrassment, that she may be silly but she is trying really hard to be an ideal ambassador’s wife and doesn’t do a bad job of it at all – including rapidly learning Japanese much to Zenobia’s surprise. She’s very different from Zenobia, and Zenobia may be amused and even a little condescending towards her – but she’s skilled in her own way and determined to be a good ambassador’s wife. And Zenobia cares about that – Zenobia cares about Helene’s problems, she isn’t just a background best friend.

We also have Mina, Zenobia’s bodyguard, who adds an extra level of strength – the extremely dangerous mercenary with incredible skill, powerful loyalty and a deep and abiding love which I really like to see – so often we focus on the protagonist’s love interests without looking at the romances around them – or those romances and relationships have to be lesser in some way – as if that, in turn, makes the protagonist’s romance more special.

We obviously have a varied degree of strong female characters, we also have a number of POC. The Kraken King himself is a MOC, an exile from the Horde empire. Mina is also Asian, another Horde exile. The Kraken King’s brother is part Japanese as is one of his closest friends – and the Japanese empire is a major force that drives a large part of the book. In addition, this book is set in Australia where the Aborginal Australians are still a powerful and important force; in fact, the Kraken King’s village and the other settlements around it largely rely on the good will and careful maintained treaties between them and the tribes to allow their continued presence. They are, again, a force in the book with a semi-main character being a tribal representative – and though I won’t even claim to have even the remotest knowledge of Aboriginal Australians, there does appear to some be some research including the tribes not being lumped in as one homogenous group, instead referring to the Wajarri and the Nyungar. There’s also some nice little poking at culture shock and how so very very very clueless we can be about other cultures – but also how we’re willing to believe just about anything about a foreign culture and think it’s real.

Sadly, we have no LGBT people.

This book ends rather abruptly. It is to be picked up in part 2… but I don’t think it needed a part 2, I don’t think it ended on a conclusive point or even on a cliffhanger, nothing that had been established in this book had been resolved. It’s not like the book was especially long and simply had to end before becoming unwieldy – especially since there are two very large excerpts from other books in it (including one slap bang in the middle of the story – which I really do not like at all. I don’t want a story to be interrupted by an attempt to get me to buy another book).

I was left wanting more, it’s true. I want to see the rest of Zenobia’s story very very very badly. But rather than eager for the next book, the way it ended left me frustrated and a little annoyed. The cut off felt arbitrary and forced, to drag out a second book when there was no need for it.

Despite that, Zenobia is awesome, her surrounding characters are good, her story excellent and this world is just amazing and I want to dive in and roll around in it. I love it. I love this book, even if I am scowling at it ending when it did – more Zenobia! More of the Iron Seas!