The Secret Dead by S.W. Fairbrother 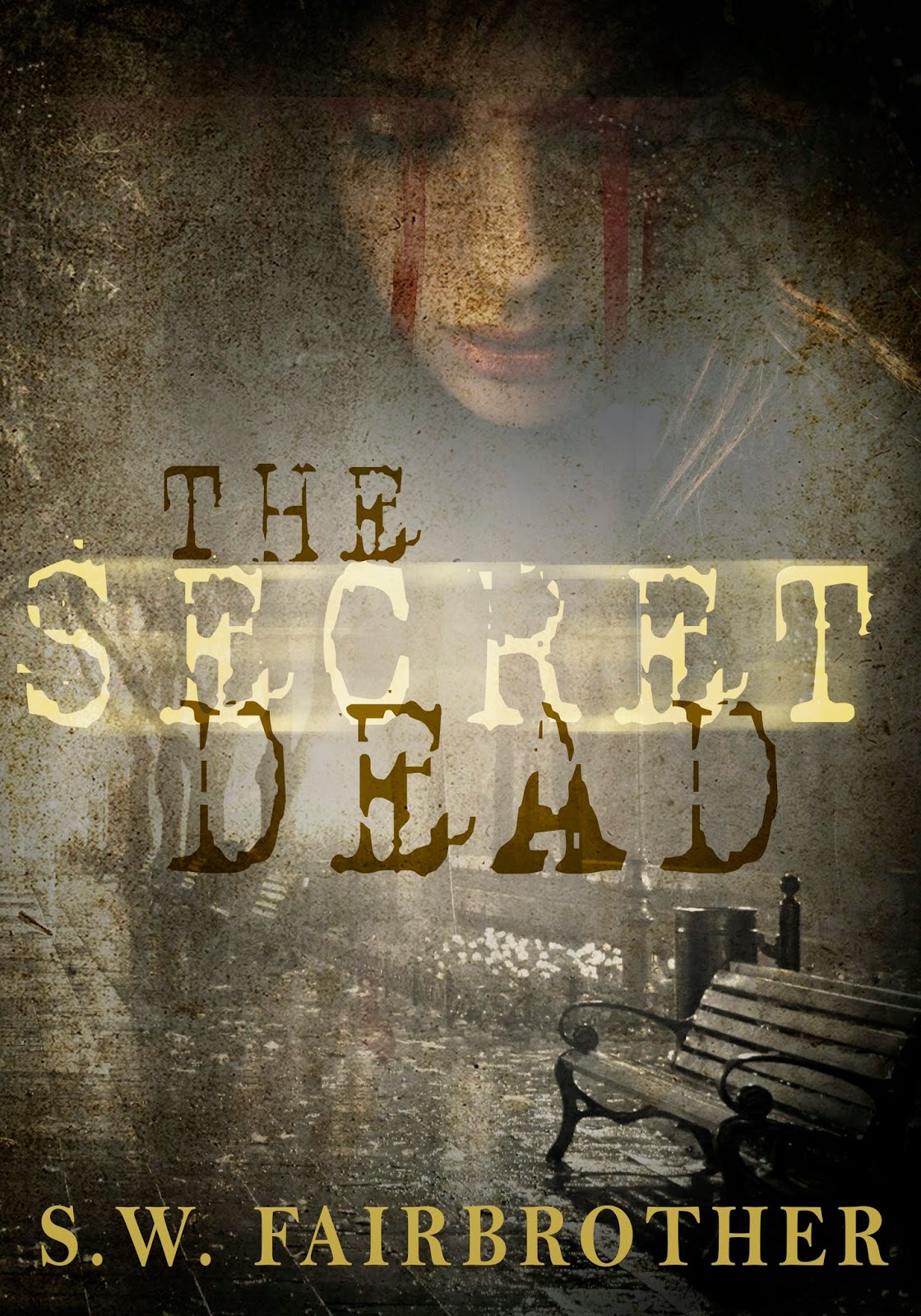 Vivia is a Hag, born with the ability to die and pass into the underworld (not very magical) and come back (most certainly magical). It has also gifted her with an ancient and, thankfully, absent mother and a sadly harmed sister who she now has to look after

She works for a charity her step father dubs “citizens advice for the supernatural” which is accurate – everyone needs help navigating the legal and bureaucratic  mazes of Britain, the hated supernaturals are definitely no exception.

Then one of her colleagues becomes a zombie – and goes on the run. A zombie apocalypse is terrifying enough to lock down the city and Vivia steps up to find her co-worker and his son, going places where the police (and past antipathy with the supernatural) cannot; and uncovering secrets that have been buried a long time.

It’s a world where the supernatural is part of the mundane, in part if is gritty simply because of the mundanity of it. Not because it’s super grim dark – but because it’s every bit as grim as our reality is – and that’s “grim” not “grimdark”. It isn’t hyper awful with film noir-esque monologues about how terrible everyone is – it’s grim in the sense that the every day can be grim. The grind of daily life, of working a thankless job for an underfunded charity protecting the rights of a much despised group. It’s not easy, there are difficult decisions to be made – and it’s all so very mundane.

And when you can make werehamsters, people with wings and a weresnake orphanage mundane, that takes some extremely good writing.

The magical world is also, as can be guessed, unusual. Shapeshifters come in all kinds of shapes and sizes for all kinds of creatures. We have weresnakes where their snake form is based on the cultural consciousness of the area (so in England largely cobras and giant pythons because that is what we picture when we think “snake”). We have a variety of ghosts in their various afterlives – it’s a really fascinating underworld with some truly excellent concepts – like the ghost who eats constantly in their afterlife because they were starved to death and they’re desperately trying to deal with the trauma of that death. It’s just one element of interesting complexity this world often hints towards – like the ethical conflict over what to do with the zombies; without human flesh they degenerate and rot, a terrible fate. But their bite spreads zombiedom – hence zombie apocalypse and the utter terror . At one time zombies were burned to death which sounds horrific but is also seen as preferable to the rotting alternative – leading to the fascinating conflict of crematoria staff being arrested for burning zombies – when the zombies themselves have sought them out. There’s a lot of conflict around zombies because they are an apocalyptic force – but they’re also victims with lots of difficult moments like family members being subject to arrest for hiding the fact a relative is a zombie.

This leads us on to the main character, Vivia. I kind of love Vivia. She’s not conventionally attractive – being a Hag that’s a given (she grows warts. She also has the power to die and enter the underworld, returning to her unpleasantly rotten body). She’s cynical, she’s an almost bitter realist who deals very much with the world as it is and has few illusions. She’s hardbitten and fairly cold. She doesn’t even like the murder victim, quite the opposite. She has a rather dramatic tragic childhood because of her ancient and completely alien mother which has also left her with a lot of resentment and wariness. But she does care – we see that with her relationship with her sister, we see that with her job and we see that with her actions in this book. Part of me wants to say that she doesn’t have sufficient motivation to investigate this crime. After all, she hated the victim, she barely knows the missing people and the police, rightly, tell her to back off and let them get on with things. There’s no overt reason why she should be involved; except she knows that no-one in the supernatural community talks to the police (shown very well throughout the book), she has a vague sense of guilt over her dislike of the victim and some pity for the missing, but that’s it. Looking back on it now, from a pure logic standpoint, there is no reason for her to be involved. But while reading the book this never occurred to me, just as the idea of her stopping investigating would seem alien – because that’s not Vivia. This tells me a lot about how a character has grown on me and being established.

The mystery itself is deep and complex and twisty and excellent… perhaps too excellent. There are a lot of players (all of whom are interesting and complex) there are a lot of factions to learn which really show off this world (like the odd scientists who are trying to replace their body parts with cybernetics) all of which are involved in some way. There’s a lot to learn, a lot of red herrings and a lot of crafty clues I completely missed the first time round because I didn’t understand the world and was so busy assimilating new information.

This book really needs a second read through, once to understand the world and then once to finally grasp the complexities of the plot and the mystery. Towards the end I was getting a little confused and the ending itself rather bemused me as random characters did strange, odd things and we all seemed to be in a chase… I was a little lost.

Two of the moderately minor characters in this book are Black, they don’t play huge roles but are definitely keys to the mystery and potential suspects and clues. There are also a few POC in minor roles – for example, admin at a church social group. One of the consultants used once is a trans woman, a professional and renowned – but she was also described in a way to emphasise “masculine” traits.

I loved this book, even while it confused me – and it has left me extremely intrigued to see what more this world can offer. There’s too much here, too many original, wonderful elements for there not to be more books in the series and setting.