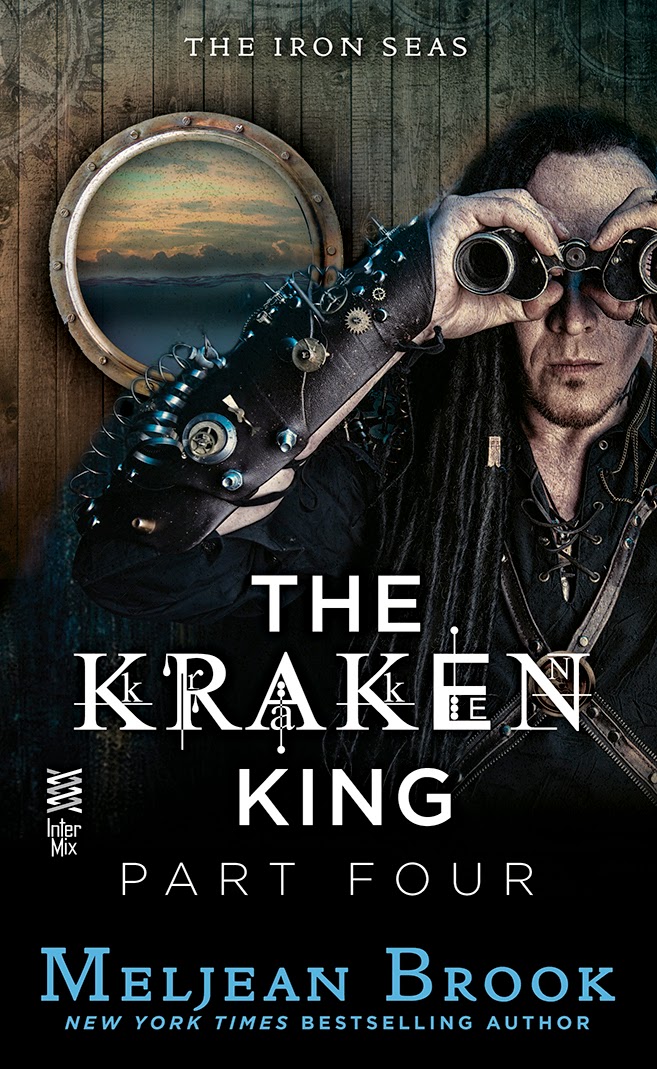 At long last, Zenobia’s identity has been revealed to Ariq. He finally begins to grasp who she is and what risks she faces, especially as the sister of Archimedes

Their love can now develop within the walls of the Red City – but just as her loving brother makes Zenobia a target, how much more so will being the lover of the Kraken King?

By now in this little episodic adventure the romance between the two is definitely going to heat up – which means we’re getting some romance tropes edging in round the sides – so there are moments when Zenobia seems to spend far too much time basking in Ariq’s super sexiness.

But even then we have a Zenobia twist. Because they keep coming together and pushing each other away in all the classic romance foils and she’s not having it. She kissed him so she informs him he will be kissing her next, it’s his turn. None of that pulling away and leaving him guessing, no hoping the other can divine how they’re feeling or what they want. Clear. Concise. Smart.

There’s still doubts, misunderstandings and trust issues, Zenobia’s numerous abductions and her brother’s past ensure that – but they are resolved relatively quickly rather than dragging on for a truly excessive amount of angst that is all too popular.

And while the romance is a much more dominant element in this episode, it’s still not the only focus. We have a continuation of the excellent world building of this wide and very original world with them finally arriving in the Red City and the Nipponese territory. I’ve said it before and will say it again, I love this reimagined world. I love that the entire world is included not just Europe and the Americas, it’s wonderful to see an imagined world that missed the great empires because of a whole new empire, of different powers in different places and native and aboriginal peoples being powerful and notable forces. This world is excellent and I could read a 100 stories in its imaginative, steampunk setting

There’s also a lot of complexity in the book. It would be easier to write a story in which the Horde is evil and anyone who opposes the Horde empire is good – but it’s not that simple by any stretch. The Rebellion is fighting against a tyrannical empire, but what will it put in its place? A series of warlords? A new empire? A regime as brutal as the last? Destabilised chaos across Asia? To say nothing of the extreme destruction and death that will come when the great armies of the Empire and their machines clash in combat

And we’ve already seen that though the Nipponese empress opposes the Horde, that doesn’t mean she’s an ally or friendly to outsiders – quite the opposite. And we have the complexities of Ariq both opposing the current Horde empire, but looking back respectfully at the Khans who founded the Horde.

This is also a book where Helene flourishes. In the previous books, roughing it in the wilds and generally adventuring, Helene has been seen as rather a weak character. Good and true friend, certainly – but also somewhat irritating, grossly out of place and rather incapable. As she should be. She’s a high society ambassador’s wife – that is not her realm or strength. But now, in the embassy, she flourishes and we get to see that she’s actually really really good at her role, at her job. It ensures that she is a strong character to back up the indomitable Zenobia and even her bodyguard Mara – just that her strengths are in a different arena.

A majority of the characters are POC – Ariq, the people of the Red City are Japanese (or Nipponese, rather). The Horde rebellion are Asian, North African and Middle Eastern; Zenobia, as a European, is the foreigner in the empire, in the story and the setting; the misunderstanding other trying to find her place.

Unfortunately, there are no LGBT characters – this is something the Iron Seas have never really done well.

I am still not a fan of episodic books – I think I’d much rather have read the epic Kraken King series as one book than as these series of little novellas or episodes. But the overarching story is excellent, the characters are immense fun and the plot drags me in. Even the romance, with the constant tease of when Zenobia is finally going to reveal her true identity to Ariq, is surprisingly compelling rather than being frustrating