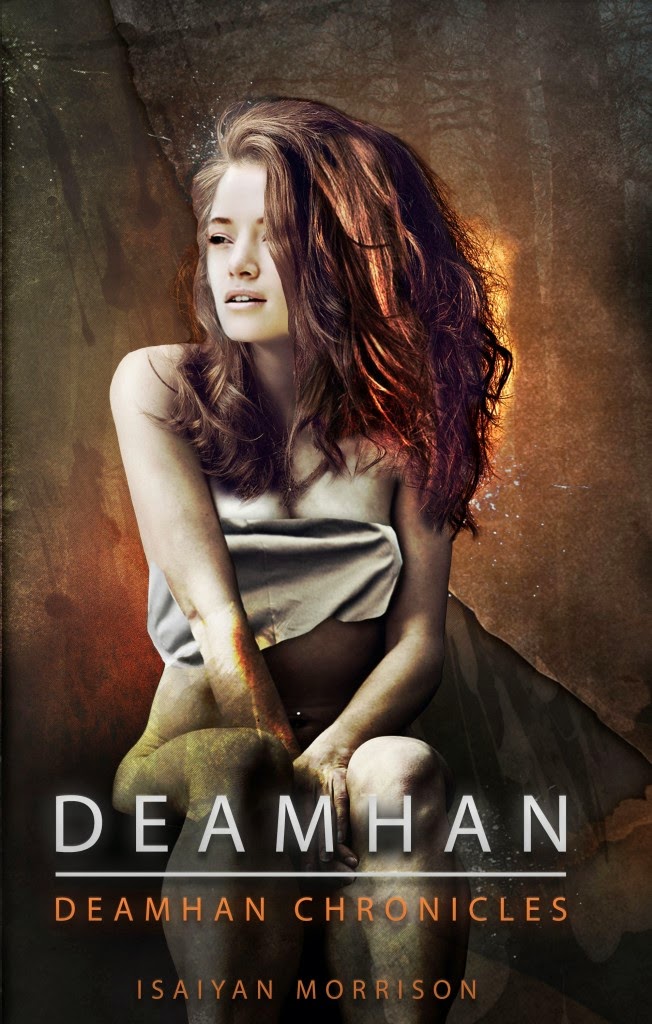 Veronica is determined to find her long missing mother – even if it means returning to Minneapolis which her family – and the Brotherhood – long abandoned.

Alone, she must find what support and contacts she can among the Deamhan and vampires of the city – none of them particularly friendly at the best of times; but the city is overpopulated and the Deamhan have abandoned their old rules. They, and the vampires, hunt and prey on whatever they can. A researcher looking for answers is just looking for trouble.

This world is definitely one I’m interested in – the concept of the different kinds of Deamhan, the idea that there were more kinds before, that these Deamhan rest on a world filled with dark magic and vampires and werewolves and who knows what else – with added complexity with how the Deamhan and the vampires actually interact even when someone of them seem to share a lot of similarities considering their similar feeding habits. The Deamhan have a society and rules that I really want to delve into – a history, a hierarchy, laws and rebellions all that just begs to be explored.

Which is why I’m kind of frustrated that it wasn’t. On the one hand, I’m glad some wasn’t since they were irrelevant to the plot – like werewolves, for example. But there was a lot more about Deamhan and vampire society that would definitely have been relevant but wasn’t explored.

Especially since we have the Brotherhood, an organisation of mystical researchers who have spent generations investigating Deamhan – and just Deamhan. I’d like an explanation – they know so little about vampires or the dark magic Deamhan use – why the indifference? Why the research in the first place? What do they hope to achieve? And if they’re generally non-threatening to the Deamhan, why do the Deamhan hate them? And if the Deamhan hate them, why do they do so little about it?

This applies a lot to the plot and character motivations as well – like, I understand Veronica wanting to find her mother. But why did she go to the Dark Sepulchre, what did she hope to learn? Why is she going around the various Deamhan Sanctuaries that have been burned down – what clues does she hope to gain? She seems to do a lot of things and I don’t know why. This whole book could use a lot of why and how – why do people do things, how are things organised, how are things connected, what is the history. It means the world and characters are intriguing enough for me to ask questions about them but I’m not getting answers which I think would really hold this book together more.

I think more “why” would have helped me understand Veronica more. She doesn’t like her father, I’d like to have seen more history to that. I’d like to have seen more of her and what she does beyond looking for her mother (where does her money come from, for example). I’d like to see more go into her decision making process because she just seems to do things for Reasons – often highly risky and quite random things (what struck me particularly was her finally learning caution – just when it would delay her meeting another ally. She’d been a lamb to the slaughter the whole book and now she learns caution?). She has lots of elements of a good character – refusing to let people dictate to her, relentlessly pursuing her own path no matter what, courage and determination; but I need to know more of her motives – and sometimes she treats people with suspicion who she probably owes a fair whack of gratitude to. She also has a habit of slut shaming other women based on their clothes which isn’t endearing.

There are several other women in the books and these are some of the most powerful characters and all with their own complex motives – whether Selene the ancient Deahman or Anastasia with her struggle for humanity.

POC is more fraught – Hallie is a Black woman and a relatively small part but I have hope for more in a later book and she actually seems to most human of all the supernaturals. We have Kenneth who is Native American and a villain – but he’s not villainous in any stereotypical manner; but, again, he’s not really the main villain though it’s likely he will be in a later book.

And then we have Alexis – a Black vampire, apparently second in command of the vampires. She is sexually predatory and both sadistic and masochistic to an extreme degree – a degree that, it is implied, allowed her to seduce her master when she was a human slave because she liked the abuse. The book skirts around outright saying it but the implication isn’t exactly subtle.

In turns of sexuality we have a gay villain (the actual main villain) who is a perverse sadist. To be fair, most of the Deahman and vampires in this book could qualify, but he takes it to the next step – the particularly “stellar” moment was the having sex in a pile of corpses. We do have some female Deamhan/vampires who may be lesbians or bisexual – or they may be hungry, it’s not really clarified either way.

My end conclusion of this book is that it’s good – and had a very decent shot of being great but didn’t quite reach it. A little more world building, exploration of decisions and development would have really shined through the really solid bones of this story. The execution isn’t great but the foundation and the potential of the story, the world and even the characters is excellent. A decent read – but the series has real promise.