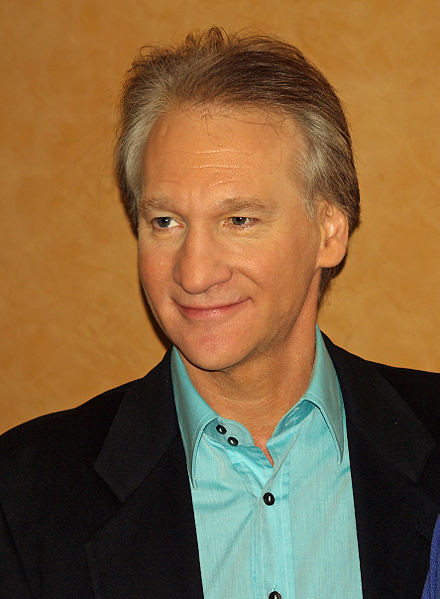 
On January 16th, Bill Maher had Kathryn Bigelow, the first woman to win an academy award for directing on his show, Real Time with Bill Maher. In the interest of full disclosure, I am not at all a fan of Bill Maher, finding that he is more often wrong than he is right, despite his pseudo liberal credentials. In this case, Maher’s arrogance has caused him to attack the fantastical genre in his typical fashion, simply because he cannot appreciate the stories it tells and the lessons it chooses to teach. To that end, he makes a leading statement to guide Ms. Bigelow into affirming his erroneous assertion.


Bill Maher: I have one more question for you


Bill Maher: The 25 biggest movies, adjusted for inflation; this means we go back: Gone With the Wind, Titanic, Jaws, Doctor Zhivago, Sting, Graduate, Godfather. You know, no superheroes in any of them.  The 25 not adjusted, which means the recent ones, there’s only one without an alien, a wizard, a superhero, or a talking animal and that’s Titanic, you’re old husband.


Bill Maher:  I understand, great director, bad husband.  Do you think this means we’re getting stupider?


Bill Maher: yeah, it is kind of sad that we can’t make movies about people anymore.


Kathryn Bigelow: About material that is substantive. I guess those kind of movies could be looked at as substantive in some way but


Josh Gad: I just want to say that Frozen’s in the top five, so other than that I agree.


Let’s begin with the idea that the popularity of these movies is new and an indication that as a society, our collective intelligence is reducing. For as long as humans have been able to dream, we have been intrigued by the fantastical - something we can see in our most ancient of myths and sagas. It is far from a sign that socially we are travelling backward, rather than forwards, simply based in the fact that to consume or create something in the fantastical genre one must step outside of reality somewhat and think about what is possible.  It is our very desire to consider what is possible which keeps humanity evolving. For instance, would we even be thinking of the possibility of building a transporter, were it not for the genius of Gene Roddenberry?

There is an inherent snobbery in dismissing any genre of fiction simply because it is popular - we see this equally in books where classics and literary fiction are constantly upheld as “true literature” while popular genres like speculative fiction and romance are regarded with contempt and quickly dismissed. It takes a special kind of arrogance to dismiss the contributions of speculative fiction when it offers 40% of the top 200 grossing movies of all time. We cannot help but think that there is an extreme subtext of “I am better than all the plebes out there,” (again, something we’ve seen in literature circles). It’s like a rich man’s hipsterism! If it’s popular, it can’t possibly be good - I couldn’t possibly lower myself to enjoy this.

This elitism that is only exacerbated by Bill Maher’s extreme wealth and class privilege. Appealing to a hugely broad audience, as these films do, should be something we hail, not condemn. In such a divisive and divided world, this genre is clearly bringing together people from all levels. For example, the long lived BBC series Dr. Who, recently went on a  world tour.  Peter Capaldi (the current Doctor) and Jenna Coleman (the current Companion) visited Seoul, Sydney, New York, London, Mexico City, Rio De Janerio, and Cardiff, while Steven Moffat visited select cities. Despite the various languages and culture in these locations, the people in attendance were united in their love for the brilliant man with the blue box. Fandom, as wild as it may be, brings people together in the way that Latin did so many centuries ago, because fans, regardless of their various spoken languages, all share the language of the show/movie/book they have chosen to embrace. Maher’s comments are enough to make me want to introduce him to a Dalek.

There is also a toxic nostalgia to his criticism - this constant idea that things were always “better” in some nebulous past time (when we could all die of rickets). Nostalgia is always an uncomfortable lens to look through, since it washes over so much of the bad that came before us and is doubly problematic for marginalised people because it upholds an even more bigoted era as some kind of golden age of art and, in this case, intelligence. But not only does nostalgia skillfully brush over the sins of the past, it’s also grossly inaccurate (rose tinted goggles don’t give the best view). Bill Maher laments how in ye olden days popular films were not speculative fiction - but as the link of the top 200 grossing movies of all times shows, not only are 10 of the top 25 films speculative fiction, but 7 of those movies were released before 1985. Sorry Bill, speculative fiction has been a force to be reckoned with for decades now, and probably always will be - at least for as long as Lucas can make money off the merchandising.

He can’t be talking about real, actual people - because he’s certainly not calling for more accurate documentaries to be filmed (hence him holding up Gone With the Wind and we call shenanigans on anyone who finds this film believable but draws the line at zombie apocalypses). All of the films he upholds as wonderful “movies about people” are fictional people facing fictional circumstances (and very fake looking sharks).

Which, of course, we have no problem with - one of the joys of fiction is exploring what is often loftily called the human condition (see, we can use delightfully meaningless highbrow tripe as well) through fictional scenarios. We create our fictional scenes and explore how we think our characters would be driven by them, shaped by them and influenced by them (and occasionally eaten by them). We take our fictional characters and consider how they would navigate this fictional world - exploring motivation, emotional response, ingenuity, imagination and so much more (and, on the CW, numerous convoluted love-polygons). This is character driven story telling - and it is character driven storytelling REGARDLESS of genre

Can we really say a story about fictional people in a completely fictional organised crime setting is inherently telling a more “human” story than fictional people in a completely fictional wizarding organisation? Can we really say an absurdly fictionalised (and idealised) antebellum south tells a more “human” story than a fictional land with elves and vampires (well, except Twilight - but I’m not sure if the human characters even count as human in that, let alone the vampires)? Can we really say that people connecting and facing death in the face of a ship sinking suddenly isn’t about people if that ship is a space ship crashing? And can we really say that people trying to survive a supernatural threat that is hunting them is somehow less “human” than a story of people trying to survive an improbably giant shark?

Even looking at the films that Maher so contemptuously dismisses, watching them we can see they’re clearly about people. Can anyone say that the Iron Man trilogy is not about Tony Stark’s growth, demons and development (along with rather a lot of dickishness - in fact, I’m surprised Maher’s not a fan) far more than it is about explosions and nifty suits? Captain America is defined not by its battles, but by the human nature that makes Steve Rogers hero material (and, I cynically have to say, somewhat unsuitable for the national appellation). Ghost and Sixth Sense are all about the human drama in its starkest form - even Shrek with its message of self acceptance, is all about a human story and human experience even though the protagonist isn’t human at all, though he does have layers.

We’re not saying all of these movies are good (ye gods no, I’ve seen Iron Man 3, there are some experiences we do our best to forget) or succeed in telling great stories (Twilight comes to mine again) or have great characters (hey again Bella) - but they’re definitely human stories.

A fantastic setting doesn’t prevent us telling “human stories” - far from it, it greatly expands the human stories we can tell. It allows us to tell human stories about controversial subjects while sufficiently divorcing them from our context and biases to allow new perspective on them (again, not always well or respectfully, but the potential is certainly there). From Avatar’s colonialism to Star Wars rebellion (and even terrorism), to Harry Potters’ depiction of prejudice and challenging unjust authority, to the vast explorations and implications of The Matrix, the ethical questions raised in Jurassic Park,  to the huge amount of exploration of dystopian governments and worlds in the Hunger Games and other: a huge amount of speculative fiction invites us to think and consider from a new perspective. No, it’s not always done in ways we approve of (someone does need horsewhipping for the appropriation of Avatar, Last of the Mohicans in Space) but it does provide a new lens. It also allows us to extrapolate human stories in a world that could be: both a world we hope it will be and in a world we fear it might become; both excellent and thoughtful exercises - on the screen we see dire warnings and hopeful dreams presented for our inspiration and trepidation. It allows us to explore the depths of human terror and consider human reactions and experiences in contexts at the very edge of our imagination

Speculative fiction doesn’t limit our telling of human stories, nor our intelligence, it expands both of them to their vastest extent. It’s a meta-genre that allows for the widest and deepest of human stories to be told, limited only by our creativity - and that is a tragic potential to dismiss.


We also fear that, by dismissing this potential, we often force a self-fulfilling prophecy; we are discouraged from taking the genre seriously and, thus, do not criticise it fully nor expect it to reach the heights it has repeatedly shown it can achieve. This genre deserves better than our contempt, dismissal and low expectations